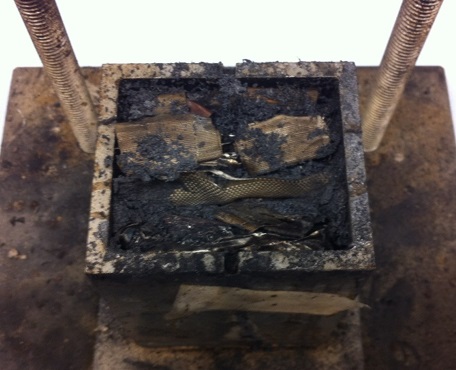 Established in 2011 the Calorimeter Center at the Karlsruhe Institute of Technology’s (KIT) Institute for Applied Materials – Applied Materials Physics, operates Europe’s largest battery calorimeter laboratory. Six Accelerating Rate Calorimeters (ARCs, Thermal Hazard Technology) of different sizes used in combination with cyclers allow the evaluation of thermodynamic, thermal and safety data for Lithium-ion cells on the material, cell and pack level for both normal and abuse conditions (thermal, electrical and mechanical). Lithium-ion cells have the advantages of high energy density, fast charge/discharge ability,no memory effect and low self-discharge, which make them the most suitable power source for portable electronic devices and for the electrification of transport, which is more and more impacting our daily lives in the 21st Century.

It is clear that safety issues have a major influence on consumers’ willingness to adopt Lithium-ion batteries, because an uncontrollable increase in temperature of the entire system (so-called thermal runaway) can cause an ignition or even explosion of the battery with simultaneous release of toxic gases. If it is not possible to stop a single cell from going into the thermal runaway, the last step is to prevent the propagation of the thermal runaway from one cell to the neighbouring cells, the so-called thermal propagation or at least extend the time until thermal propagation to 5-10 min. This should give the passengers in an electric vehicle enough time to escape or to be rescued by the firefighters. The large-scale ARCs are well suited for studying thermal propagation

Recently at the Calorimeter Center a setup has been developed, which allows to develop and qualify suitable countermeasures, such as heat shields. This setup consists of metal box, which mimics a battery box and is put into the calorimeter chamber. Four pouch cells are installed in the box and equipped with thermocouples that are connected to the ARC software. A heater mat is attached to cell 2 and the heat shield material to be tested is installed between cells 3 and 4 and below the lid (s. Fig. 1). With the help of the heater mat, cell 2 is now heated up to initiate its thermal runaway. Fig. 2 clearly shows that the thermal runaway is instantaneously propagating to cell 1 and cell 3. However, the improved protection material DEFENSOR MULTIFLEX® from HKO Group, which was tested in this example, is able to delay the thermal propagation to cell 4 by 9 minutes. In addition the temperature on the top of the lid, the so-called cold side temperature, stayed below 80 °C during the whole test, whereas temperatures of up to 850 °C were reached inside the battery box.

Currently a global technical regulation (GTR) on electric vehicle safety is being developed by all relevant stakeholders, which includes thermal propagation. Thus, there is still a lot of discussion and ongoing research in order to decide, which is the best initialisation method, which could become a standard. We hope that the research in the Calorimeter Center will help to make progress in this field.