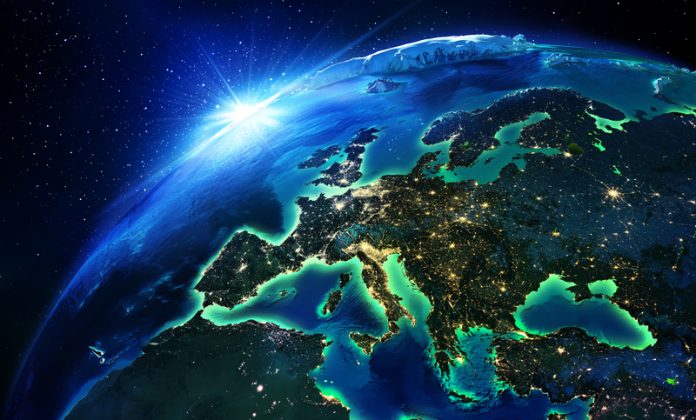 The case for Cohesion Policy beyond 2020 in creating a better Europe, according to the President of the European Committee of the Regions, Markku Markkula

These are testing times for Europe. The worst of the economic crisis may have passed, but the economies of many regions are still far too weak. The migration crisis has led to too many tragedies in the Mediterranean, which has strained cooperation between Europe’s states. This has caused an increasing sense of disillusionment in the EU which, as the vote for Brexit highlighted, has been blamed for not doing enough. Yet as President of the European Committee of the Regions, I can testify that the EU has been and continues to be strongly focused on delivering for its regions and cities.

The EU, which was founded on a commitment for a better Europe and prosperity for all, has contributed to counter top-down growth policies. This commitment towards balanced and inclusive economic growth is demonstrated in its Cohesion Policy, worth €351.8 billion between 2014 and 2020. With one-third of the overall EU budget devoted to regional development and cohesion, this policy shows the European Union does decentralise policy and spending. The investment funds are managed in partnership with national and local governments, and they are tailored to meet the specific needs of local communities. It is the largest commitment in the EU’s budget and supports less developed regions, creating local jobs, supporting innovative companies and strengthening the single market, which benefits everyone in Europe. Nevertheless, we need to go further, cutting red tape and allowing local and regional authorities to be free to make decisions on spending in their towns, cities and regions.

The European Commission has shown that for every €1 invested through cohesion funds, €2.7 is created. Cohesion funds and membership of the single market are helping poorer regions: Based on per-capita GDP, 16 of the 20 fastest-growing of the EU’s 276 regions are within those countries, most of them less well-off, which joined the EU in 2004 or 2007. The EU’s Cohesion Policy – like the single market – benefits both richer and poorer regions. That is why the relatively prosperous region of Lower Austria is leading a formidable alliance of almost 200 regions from 22 countries, representing over 70% of the EU’s population, in a campaign to maintain and strengthen Cohesion Policy.

The case to maintain, strengthen and reform Cohesion Policy is stronger now than ever before, especially due to the alarming drop in investment at the local level, since the start of the economic crisis. Investment levels in Europe have dropped by 15% over the past decade, with government expenditure half the level it was. Last year, a Europe-wide survey conducted by the OECD (Organisation for Economic Co-operation and Development) and our Committee found that since 2010, public investment had fallen in over 40% of local and regional governments. The EU’s Cohesion Policy has helped soften the impact of this fall in investment, but regional disparities continue to rise.

In 2017 the critical challenge will be for the EU’s regions and cities – and so for our Committee – to persuade authorities at all levels to increase investment. Public funds will never be enough, which is why public authorities must strive to work even more with private investors. We therefore support the European Commission’s new European Fund for Strategic Investment (EFSI), which uses EU money and aims to trigger private investment, with the objective of unleashing €500 billion of investments by 2020 in our regions and cities.

This year, we are developing our proposals for the future of Cohesion Policy beyond 2020. We want the EFSI and Cohesion Policy to be simplified. Cohesion Policy and the EFSI are complementary but we need them to work even more in synergy. We want to see the EFSI’s money spread more widely: The EFSI is primarily used by the 15 richer countries, leaving the poorer behind. We are advocating investment that accelerates the EU’s drive towards a smarter greener economy, so we see investment in energy, transport and the digital economy as strategic priorities. We are stressing the need to invest more to build up our human capital. We are championing policies that foster open innovation ecosystems. We are facilitating cross-border cooperation.

A better Europe will emerge

A better Europe will only emerge through stronger partnerships. Many of the regions and cities that send representatives to the European Committee of the Regions are taking the lead. Our European Entrepreneurial Regions Award has led, for example, to EU funding for collaboration between ten regions and cities to support young entrepreneurs and start-ups. In another policy field, bio-economy, the region of Łódź – led by a CoR member, Witold Stępień – decided to use €10m of its cohesion funds to launch the collaboration with regions across central and Eastern Europe.

A better Europe will also emerge from a clearer understanding of the role of cities and regions in economic growth. Cities and regions are not only investors. They are providers of services such as transport, education, and health care. They are planners, through development strategies, for example. They are regulators. And they are investment partners. Europe’s investment gap cannot be bridged without them.

Back in 1950, when he proposed the creation of a European Coal and Steel Community, the forerunner of the EU, Robert Schuman said: “Europe will not be made all at once, or according to a single general plan. It will be built through concrete achievements.” Many of those achievements must – and can – be built by working with the EU’s cities and regions.

European Committee of the Regions