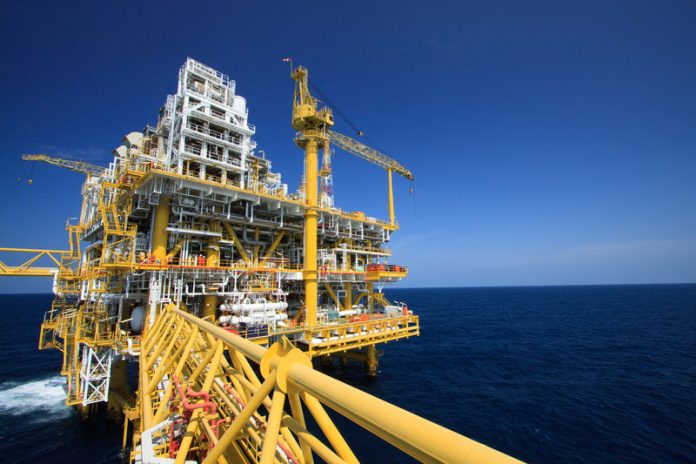 In theory, the United Kingdom (UK) should be well placed to develop a carbon capture and storage (CCS) industry that offers the most affordable route to meeting the nation’s 2050 carbon reduction targets.

The North Sea could soon be home to a new industry worth billions to the UK economy. Storing carbon dioxide in North Sea saline aquifers or depleted oil and gas fields could unlock huge savings in the cost of meeting our long term carbon targets. Carbon capture and storage also means that fossil fuels can retain a place in a low-carbon future energy mix.

Recent studies by the Energy Technologies Institute (ETI), a partnership between global energy and engineering firms and the UK government, have found that there are no technical hurdles to storing large quantities of carbon dioxide safely and securely off the coast of the UK from the early 2020s.

CCS uses proven technologies, and ETI analysis shows that significant cost reduction can be achieved simply by exploiting economies of scale, sharing infrastructure and risk reduction through a coordinated and co-located series of large deployments.

There is also lots of relevant experience and expertise among the highly skilled oil and gas industry workforce, with transferable skills relevant to developing CCS.

ETI’s internationally peer-reviewed modelling, in line with analysis by the Committee on Climate Change, has consistently shown that CCS is the single-most valuable technology in the country’s carbon reduction arsenal. Failure to develop and deploy CCS could double the cost of decarbonisation, and it looks almost impossible to meet carbon targets if new nuclear developments are seriously delayed as well.

Renewable energy has a sizeable part to play in reducing greenhouse gas emissions, but fossil fuels will likely remain a practical, and integral, part of our energy mix in decades to come.

ETI has built an unrivalled knowledge base on the underlying engineering challenges of delivering low-carbon energy in the UK and our view is that gas power stations fitted with CCS can deliver competitive low carbon power into the UK market in the 2020s – providing the right strategic choices are made about the scale, location and technology choices for early projects, with a deal that shares risks (and benefits) sensibly between investors and government.

There is broad consensus that the UK power system needs to be largely decarbonised by 2030 if the UK is to hit its long-term carbon targets. If there is to be more electrification of heating and more electric vehicles there will be a need for low-carbon power generation. This is a huge challenge, given how the UK power system operates today alongside the issue of cost and intermittency of low carbon generation presently.

So, if all that is true, why has CCS not developed and what can be done to get the industry back on track?

Need to move forward as soon as possible

Although the UK Government cancelled the £1bn commercialisation programme to demonstrate CCS plants at scale, which would have increased developer and investor confidence, it retains the belief that CCS could play a crucial role in the future energy system in the long-term if costs can be reduced.

ETI analysis is now showing how low carbon electricity can be delivered by a first commercial CCS project at costs that are up to 45% lower than previously planned projects. And once one CCS facility has been constructed, the cost of electricity from subsequent plants is likely to decrease further as they take advantage of the knowledge gained and shared infrastructure.

The most cost-effective and secure way to meet our need for low-carbon energy is to move forward as soon as reasonably possible with a strategically-placed, large-scale gas with CCS power project.

ETI has also shown there are no major technical hurdles to storing industrial scale CO2 offshore in the UK with sites able to service mainland Europe as well as the UK.

Capturing and storing industrial emissions only becomes practically and economically feasible once infrastructure is put in place: this can only be reasonably done with large-scale power with CCS projects.

As well as the whole-system benefits of CCS, the ETI’s latest analysis suggests that the levelised electricity costs of a well-designed power with CCS project could be attractive against other low-carbon alternatives.

The ETI is keen to keep options for CCS in the UK open and, as well as sharing and exploiting its knowledge on potential future costs and storage capacity, is moving forward with a thermal power with CCS project.

However, stakeholders in CCS will need compelling evidence of the business case for a power with CCS project.

ETI wants to move forward and help ensure the UK can take advantage of the knowledge and understanding of CCS and the opportunities of storing CO2 off the UK coast.