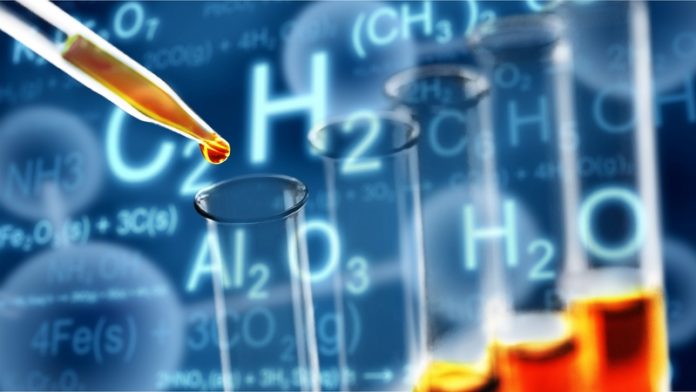 Open Access Government explores the exciting world of chemistry in the UK today, including heterocycles in pharmaceuticals and the importance of inspiring the next generation to work in the field

The Royal Society of Chemistry in the UK is geared towards promoting, supporting and celebrating chemistry, plus advancing excellence in the chemical sciences. Among the organisation’s many noble aims, is advising governments on policy, as well as promoting talent in the field and ideas that lead to tremendous advances in science.

In the view of the Royal Society of Chemistry, chemistry and the chemical sciences are crucial in our changing and complex world. Indeed, they are vital in our everyday lives and also in helping the world respond to some of its greatest challenges. In this vein, we find out that the chemical sciences community is working to develop innovative technologies, such as new antibiotics, batteries and solar cells or water purification membranes and drought-resistant crops.1

One aspect that the organisation is keen to promote concerns supporting and celebrating inclusion and diversity in the field of chemistry. Certainly, chemistry should be for everyone and increasing diversity in the field is a priority for the Royal Society of Chemistry. On their website, they remark that obstacles to studying and undertaking careers in the field remain. Their 2018 report brings together some of the available evidence about the current state of diversity in the chemical sciences, focussing on the UK.2

The Royal Society of Chemistry understands that the success of the chemistry community depends on their ability to nurture the talent of the best people, regardless of who they are or their background. As such, the organisation is working to shape the future of the chemical sciences, to benefit science and humanity.

In a previous article in Open Access Government, we learn about one area of chemistry that certainly benefits humanity. In this article, Professor of Organic Chemistry at the University of York and Chairman of the Royal Society of Chemistry’s Heterocyclic and Synthesis Group, Peter O’Brien explores the role of heterocycles in the pharmaceutical industry.

In this article, he explains that in 2017, the Royal Society of Chemistry’s Heterocyclic and Synthesis Group celebrated its 50th anniversary. It is, therefore, apt that he highlights that heterocycles have played an important role in pharmaceutical drugs during the last 50 years. He explains more on this fascinating point in his own words.

“Heterocycles are literally everywhere – from the caffeine in a cup of coffee to the building blocks of DNA – and nearly all marketed blockbuster pharmaceutical drugs contain at least one heterocycle.”

An interesting aspect of the article concerns exactly why are heterocycles so common in pharmaceuticals? This is something he keenly explains, in his own words.

“Pharmaceutical drugs generally work by interacting with a binding site in a protein. Common types of interactions include electrostatic, hydrophobic and hydrogen bonding. Heterocycles containing nitrogen, oxygen or sulphur atoms, whether heteroaromatic or not, offer excellent opportunities for hydrogen binding interactions with the functional groups in proteins. However, as well as providing protein binding groups, heterocycles also affect the solubility of drugs and their metabolism profile.”4

Inspiring the next generation – shaping the future

We mentioned earlier that one of the aims of the Royal Society of Chemistry is to shape the future of chemistry, so in this vein, inspiring budding scientists is an important aspect of their work. In June this year, two members of the RSC Essex Local Section visited a local primary school and had some exciting demonstrations.

These demonstrations included a school assembly on gases with the volcano experiment, using baking powder and vinegar. Most of the audience was surprised by the reaction, plus the addition of food colouring ensured a very spectacular and large display of red froth. Another demonstration involved liquids and the red cabbage indicator, which included unwrapping and shredding for everybody to view, which certainly increased the level of tension. The greatest element of surprise during the day arrived when they added vinegar and the colour changed from blue to red in an instant. Other colours were viewed with bleach, cola and lemon juice, we are told.