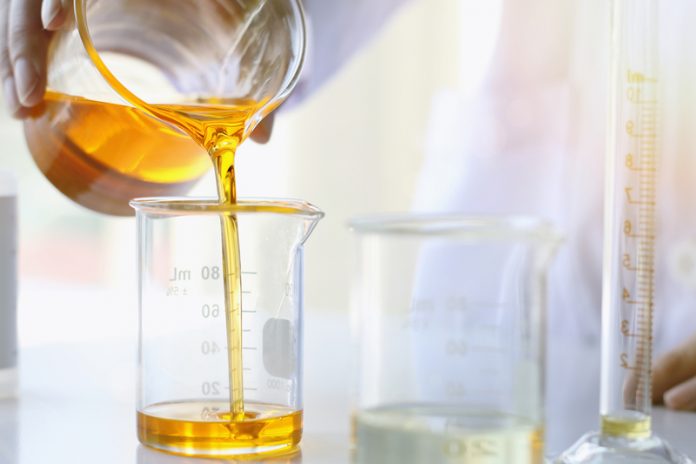 Angela K. Wilson and Carol A. Bessel from the Division of Chemistry (CHE) at the National NSF provide a fascinating insight into the future of chemistry

The National Science Foundation (NSF) Division of Chemistry (CHE) is essentially concerned with fundamental chemistry. CHE funds everything from fundamental research related to the development of instrumentation to making and understanding chemical reactions; areas of research include catalysis, synthesis, and the study of life processes, the environment, and nanomaterials, reveals Division Director Angela K. Wilson as the interview kicks off. She then says more about CHE’s work in her own words, including their annual budget and the kind of activities they are involved in.

“Our annual budget is approximately $240 million per year, and we are broken up into Individual Investigator Award (IIA) Programs, of which there are 8. Within these programs, individuals and teams can submit their proposals. In addition to these core programs, we also have a Centers for Chemical Innovation (CCI) Program – which funds much larger teams working on very complex problems. These centre awards are for $4 million per year – for up to 10 years ($40 million total).

“The CHE Division also takes part in the Research Experiences for Undergraduates (REU) Program. Here, undergraduates can learn how to do research over the summer months and this helps to develop our scientific workforce. CHE also participates in the Major Research Instrumentation (MRI) Program. This program supports major instrumentation such as nuclear magnetic resonance (NMR) spectrometers, electron microscopes, and other instruments used by the chemistry community, so that people can do their work.”

On the importance of fundamental scientific research to benefit society, much of CHE’s work leans heavily towards this. For example, fundamental discoveries take place within the CHE’s Catalysis Program and Chemical Synthesis Program – these groups focus on designing and making new molecules – and often these molecules end up being a part of the wider industry such as agriculture, pharmaceuticals, plastics, and materials for energy capture and conversion.

The NSF-funded Center for Sustainable Polymers (CSP) is concerned with designing and developing a much more biodegradable type of polymer. Wilson adds that it’s not easy to recycle plastics, such as plastic grocery bags or soda bottles, so CSP are coming up with much better materials for these industries. Deputy Division Director, Carol A. Bessel then joins in the conversation, to tell us about sustainable chemistry, which is a vital aspect of the CHE’s work.

Concerning the Ten Big Ideas for Future NSF Investments, research agendas that identify areas for future investment at the frontiers of science and engineering, Bessel points out the Quantum Leap: Leading the Next Quantum Revolution idea, where investigators work in areas such as materials chemistry and computing. She says that building a new type of computer could help solve many of today’s encryption problems and this is critically important to providing security in areas such as banking, medical records, and national security Bessel explains. She then expands on this interesting point further.

“Such quantum computing only exist today as very simplistic models, but we are currently developing materials and computer methods to make the next generation of computer. New quantum materials would be passed on to computer scientists and engineers for further development and commercialisation. Nearly every division at NSF could have a role in quantum computing, for example, we need investigators in the social, behavioural, and economic sciences to understand how such devices could impact society.”

Wilson is keen to tell us about the important area of harnessing data, which is another of NSF’s Big Ideas, and is also very important to the wider chemistry community. In terms of data in laboratories, Wilson believes that we need to come up with better ways to harness data – that is, data visualisation, data mining, machine learning and other data analytics that can be used in the domain sciences such as chemical catalysis.

“There are many possible catalysts that would be useful to manufacturers. Chemists have only explored a very small number of catalysts because it is labour-intensive to make them, characterise them, and then study their reactivity with other molecules. If we had better ways to explore our current data, then perhaps we could identify new types of catalysts in a faster way. It’s like the drug discovery processes, where a lot of modelling is done to design and select the best pharmaceutical molecules before the experimental work is begun in the laboratory or in the clinic.”

Bessel then tells us that one of the areas CHE plays a significant role in is around biological processes that are controlled by chemical reactions. That could be anything from the use of glucose to make your muscles work – to the neuron that control how your brain gets and stores information. Bessel then stresses that CHE seeks out to understand the fundamental processes that are controlling life and as such, they are focussed on the Understand the Rules of Life – another Big Idea. NSF’s role in examining the rules of life is different than that of the National Institutes of Health (NIH) in the US. NSF generally examines the how chemical and biological structures influence biological function, while NIH examines the malfunction of fundamental life processes that lead to disease and death.

In closing, I asked Wilson and Bessel what their vision is for the future of the NSF’s Division of Chemistry (CHE). Wilson begins by revealing that there has been much emphasis on the Materials Genome Initiative (MGI), which concerns exploring space in terms of the discovery of new materials and developing these materials from modelling and experimental perspectives. Such efforts make it is easier to make materials with specifically desired properties.

“In the same way, we need to do more of this in the field of chemistry, by harnessing data. We started this initiative in 2016, but there is much more work to be done in this area, and we want to use this to really push forward chemical discovery.”

Bessel adds her thoughts on the matter, by highlighting the logistics in terms of making things happen and to move communities forward, so that they can explore the interactions with other fields, such as materials, computing, biology and physics.

“In this vein, we want to grow new fields where the workforce of the future will be employed. CHE wants to be a leader in new industries that will make life better. We are trying very hard to develop new networks for our communities, so they can work not only with chemists, but also with mathematicians and computer scientists, as well as those in engineering or the economic and social sciences.

“The aim in CHE is to develop new products and technologies for the future. CHE wants to get people ready to be a part of the discoveries in the future.”

In closing, Wilson adds that along the above lines, CHE has held many workshops which aim to bring those from diverse communities together, to talk about emerging areas in chemistry.