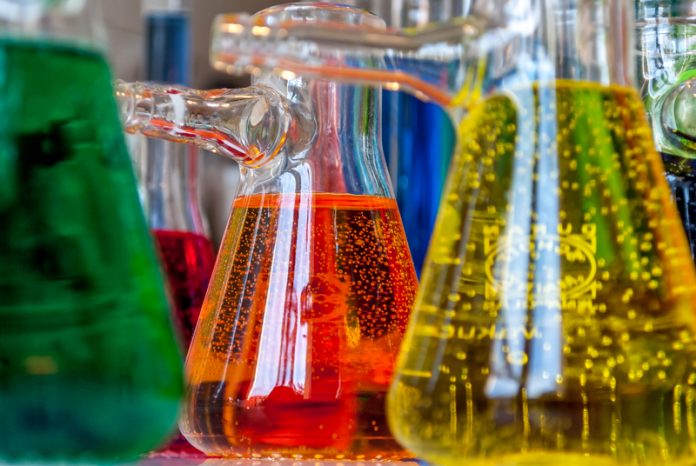 Santiago V. Luis, Chair of the Chemistry and Environment Network at EuCheMS outlines how chemistry can play a vital role in tackling climate change

Any human activity has a definite impact on the environment. In this context, climate change is one of the main current concerns and challenges for mankind. Data in our hands reveals the existence of a global warming process and urgent actions are needed before dramatic and irreversible (on a human scale) climate changes could take place. The emission of certain substances to the atmosphere produces a greenhouse effect contributing to the global warming. Their origin is diverse. In some instances, they have a natural origin, as is the case of methane generated by living organisms, in particular in the oceans. In other cases, however, they are associated with human activities. The most well- known is carbon dioxide (CO2) and its increasing content in the atmosphere is mainly associated with the combustion of fossil fuels.

According to data from the US Department of Energy, global emissions of carbon dioxide resulting from combustion of fossil fuels increased by a larger than 10 factor since 1900. A variety of other gases contributes to the greenhouse effect, including solvents, chlorofluorocarbons and other volatile organic compounds (VOCs), or nitrogen and sulphur oxides. Some of them can have, intrinsically, an even greater greenhouse effect than CO2 but, in general, are released to the atmosphere in amounts significantly lower. Besides, some of them, like nitrogen oxides, are generated concomitantly to CO2 in combustion. In the data presented by Eurostat, for EU-28 in 2012, energy generation (excluding transportation) accounted for almost 58% of the emissions of greenhouse gases, while transport itself was responsible for an additional 22%; industrial activities and agriculture accounted for about 7 and 10% respectively.

A variety of responses is needed to efficiently tackle the challenge of climate change. One trivial answer is the reduction of emissions. Nevertheless, even though in the future we can envision some changes in our way of life, it cannot be expected that developed societies will accept resigning from their current life standards. Moreover, it cannot be accepted that less developed societies can be denied the access to the technological progress other regions achieved decades ago.

Why chemistry is vital to the response to climate change

Chemistry has to play a pivotal role in the consecution of the required answers. Making more efficient technological and industrial activities fewer resources and energy consuming is essential. We know we can perform this. Thus, for instance, the emissions of non-methane volatile organic compounds (NMVOCs) have been decreasing continuously since 1990, to less than half, through the implementation of the chemical processes and formulations involving these substances. New generations of automobiles consume considerably less fuel than those from just 2 decades ago. New chemical materials with improved performance are being developed providing enhanced isolation and lower energy consumption at home or lighter vehicles with optimised fuel use.

Regarding new energy resources, substitution of fossil fuels by biofuels is a key issue. Although their combustion also generates CO2, their origin from renewable sources involves that this CO2 was taken previously from the atmosphere, providing a global CO2 balance close to neutral. Lessons from the recent past illustrate that this needs to be made with the utmost care to guarantee a rational use of land and water and to avoid using food for energy. Biofuels are currently being developed based on non-edible fats or waste. Chemistry also has a role in other green alternative energy sources like wind, tidal or solar energy. Again new materials being able to efficiently transform the energy from Sun into electricity or to resist under extreme corrosion and mechanical conditions will be a key element for success.

These approaches will decrease the greenhouse gases released into the atmosphere, but the reduction of current CO2 levels requires different strategies. Green plants use carbon dioxide from the atmosphere to create the organic molecules they need. Thus, avoiding deforestation and desertification, improving the health of the forests – in particular, rain forests, detecting and controlling pollution or remediating contaminated sites are simple and effective answers. Developing mechanism for large volume CO2 sequestration is a hot topic in chemistry. Some alternatives proposed, like the addition of iron to the oceans, are controversial. Others, as the reaction of carbon dioxide with certain mineral compounds or the use of systems for its capture from the atmosphere, facilitating its further injection into porous geological structures still require a careful analysis of the corresponding economic and energy balances. Finally, CO2 can be considered as a potential raw material for the construction of compounds and materials of application in our everyday life.

Undoubtedly, chemistry has the potential to provide a variety of answers to limit the emission of greenhouse gases and to reduce the levels of CO2 in the atmosphere. Some of them require the use of large amounts of energy. Like green plants that take the required energy from the Sun, we need to combine these methods with green energy sources (solar or wind power) not involving the emission of CO2 in their generation. Much work is still needed, but these goals can and need to be achieved by a combined effort of our societies, including those from chemistry scientists and engineers.

EuCheMS, the European Association for Chemical and Molecular Sciences, aims to nurture a platform for scientific discussion and to provide a single, unbiased European voice on key policy issues in chemistry and related fields. Through the promotion of chemistry and by providing expert and scientific advice, EuCheMS aims to take part of the solution to today’s major societal challenges. Within EuCheMS, several professional networks are being active in specific areas of chemistry. Prof. Santiago V. Luis, the author of the article, is chairing the one on Chemistry and the Environment.