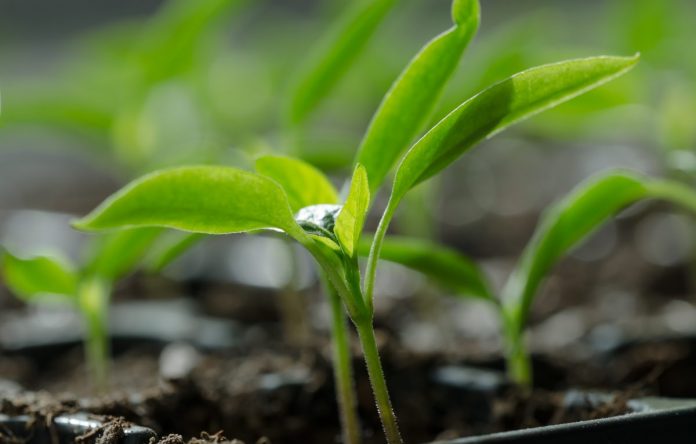 There is unequivocal evidence that the Earth’s climate is warming at an unprecedented rate. Recent reports show that the Earth has warmed by about 0.74°C in the last 100 years, and global mean temperatures are projected to increase further by 2100 (IPCC, 2013).

Plants, being major regulators of global climate, are of particular importance. The uptake of carbon dioxide, one of the principle greenhouse gases, during photosynthesis, is the major pathway by which carbon is removed from the atmosphere and made available to animals and humans for growth and development. Forests are especially important in this regard, acting as major carbon sinks by soaking up carbon dioxide and storing it as biomass. Conversely, the ongoing destruction of tropical rainforests is a major source of carbon emissions.

Plant diversity underpins all terrestrial ecosystems and these provide the fundamental life-support systems upon which all life depends. Ecosystems are composed of species assemblages and individual species within ecosystems will react differently to changing climatic conditions. Some species will remain where they are and adapt, others will move to new locations and some will become extinct. Changes in species composition may result in the collapse of ecosystems and the loss of important ecosystem services, such as the provision of.

But it is not just ecosystem services that will be affected by loss of plant diversity. Plants are the basis of global food production, with over 7,000 species being used as a source of nutrition around the world. The negative impacts of climate change on agriculture include reductions in yield, shifting crop growing zones and increased pests and diseases. Such effects are predicted to be greatest in regions such sub-Saharan Africa and South Asia – regions where populations are already growing rapidly and poverty is rife. Studies have shown for example, that since 1980, global maize and wheat production have declined by 3.8% and 5.5%, respectively, in relation to a ‘non-warmed’ world scenario (Lobell et al., 2011).

It is also noteworthy that 80% of the world’s population rely on traditional medicine for their primary healthcare, much of which originates from plants. Overharvesting of medicinal plants is already putting many valuable species at risk, and climate change will exacerbate the problem. Today, some 25% of the world’s known 370,000 plant species are thought to be under threat of extinction. Models of future plant distributions indicate that a temperature rise of 2-3°C over the next hundred years could result in as many as half of the world’s plants being at risk (Hawkins et al, 2008).

Most plant species will be threatened by climate change because they cannot naturally shift their geographical ranges fast enough to keep up with current and projected rates of change. However species such as alpine and island species, which have ‘nowhere to go’ are considered to be particularly endangered.

Despite the gloomy predictions, we do not believe plant extinction is inevitable. Many species can be conserved through seed banking and through establishing living collections in protected environments, such as in botanic gardens and arboreta. Large collections already exist and although much more needs to be done, work is ongoing. ‘Climate smart’ agriculture is being promoted, with strategies including planting different varieties of crops, integrating different species on the farm, combining mixed crop and livestock systems, diversifying sources of food, adopting landscape approaches, and restoring degraded ecosystems. Diverse ecosystems are most resilient in the face of climate change, so management practices are increasingly acknowledging the need to maintain high levels of diversity in the landscape. Systems are also being developed to ensure sustainable levels of harvesting of plants from the wild, with a new certification scheme ‘FairWild’ promoting this approach.

A combination of conservation and sustainable management of resources will help both mitigate the effects of climate change and allow adaptation in the face of change. However such methods require skills and expertise, which are in short supply, as well as financial support. Plants are often the ‘poor relation’ when it comes to conservation funding – for example in the USA, 60% of the species listed by the Endangered Species Act are plants, and yet they receive only 5% of funding available for conservation (Negrón-Ortiz, 2014). There is a great need to raise awareness of the importance of plants and role they play in supporting human livelihoods. There is much uncertainty about how climate change will unfold and what the response of species and habitats will be, but such uncertainty must not prevent us from taking action now. Conserving plant diversity will help in the maintenance of carbon sinks and will ensure options for future plant use under different climatic conditions. The richness of our lives in the future depends on how we act and what we conserve today.