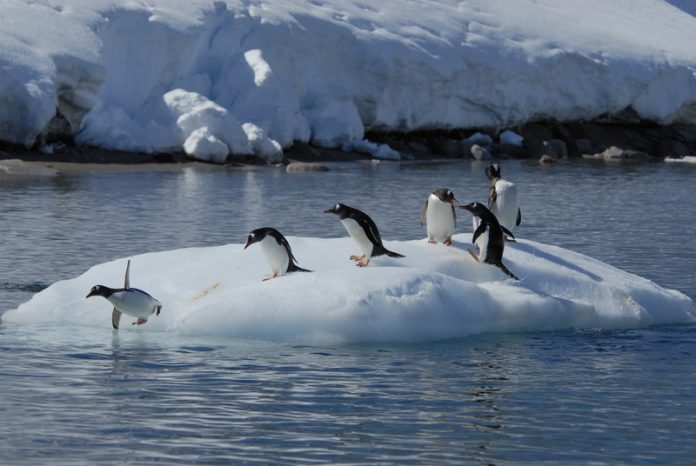 Vidar Helgesen, Norwegian Minister of Climate and Environment, explains how the government is helping to address climate change in the Polar Regions

Norway is the only nation with possessions both in the Arctic and in the Antarctic. The two regions differ widely, but there are also many similarities. Cooperation in polar management and research will be increasingly important in the years to come, and Norway will do its best to contribute.

The northern part of the globe has always been part of Norwegian identity. Seamen and hunters have explored and exploited the seas northwards toward the ice and pole. Their experience provided the basis for Norwegians to venture into the southern Polar Regions. Famous polar explorers like Roald Amundsen and Fridtjof Nansen were pioneers.

The Arctic has warmed substantially quicker than the rest of the world. We see widespread changes in physical and ecological systems. Over the last decades the sea ice thickness and extent, land ice volume, and spring snow cover have decreased. Near-surface permafrost has continued to warm. People and societies in the north, see and feel these changes.

Climate change in the Arctic is a global problem. The feedbacks are increasing global sea levels, affecting global climate and precipitation patterns in southern latitudes.

Most species inhabiting the Southern Ocean are likely to be sensitive to climate change. Growth of microalgae, the base of the food web, depends critically on sea-ice cover. The predicted sea-ice reduction will have cascading effects. Organisms living in the ice, krill, fish, penguins, seals, and whales will need to find new habitats or feeding grounds. However, thresholds of climatic conditions for population or community collapse are largely unknown.

Norway’s research and monitoring activities in the Antarctic aims to provide such knowledge. Utilising and building on our bipolar opportunities gives Norway a unique opportunity to contribute to an extensive knowledge exchange between the Arctic and Antarctica.

Climate change together with increased human activity makes it wise to monitor developments and evaluate the consequences of such activity against the goal of conserving the Antarctic environment.

We will as well work to ensure that Norway can make a significant contribution towards increasing environmental knowledge as a basis for environmental management. With our research station Troll in Dronning Maud Land and our new icebreaker research vessel Kronprins Haakon we can now strengthen Norwegian research in Antarctica.

Troll stands on bare ground 1270 m above sea level on the Jutulsessen nunatak, entirely surrounded by the vast Antarctic ice cap. Kronprins Haakon is one of the world’s most advanced research vessels. Programmes on marine and terrestrial biology, glaciology and physics are run. Meteorological observations and measurements of radiation, including UV radiation, are undertaken. I am proud of Norwegian polar traditions and will do my best to ensure continued research of high quality in both the Arctic and the Antarctic.

Minister of Climate and Environment

Norwegian Ministry of Climate and Environment