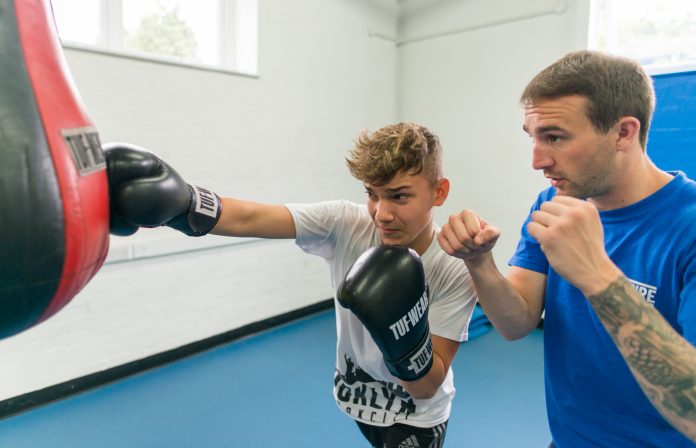 The UK is in the middle of a mental health epidemic amongst young people. As many as one in five children have a mental health problem in any given year, with only a quarter of these able to access the treatment and help they need.

The boxing gym started working with young people after the founders, Martin Bisp and Jamie Sanigar, spotted two young men dealing drugs in a park next to the gym. They wanted to tackle their behaviour and invited them for a private training session. Both enjoyed the session and turned up the following week with a few friends. Within six weeks, 50 young people were attending sessions, five nights a week. They realised they had something that the young people needed, and over time, Empire Fighting Chance evolved from a small boxing project into a charity.

Now the charity offers a range of services for young people who experience significant challenges in their lives, including those who have been excluded from school or involved in crime. Many end up there after a series of failed interventions – with nowhere else to go. 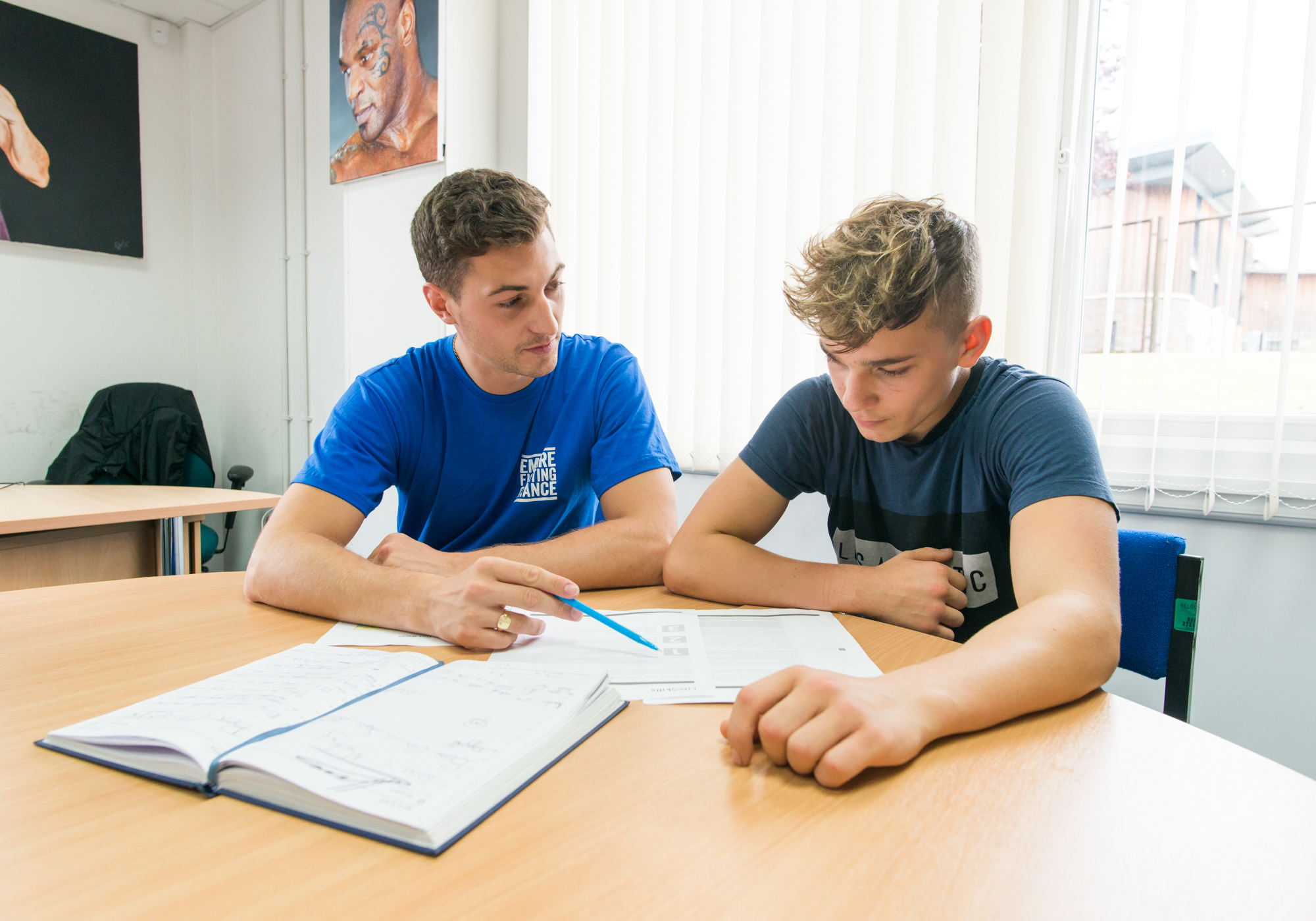 The charity builds an intensive and holistic 20-week programme around the individual, created by a psychologist, which combines non-contact boxing with mentoring. Each young person is matched with a ‘coach’ who acts as a boxing coach and mentor, and weekly sessions combine physical activities with individual or group discussions. Personal development is as much an objective as physical, and each week coach and trainee focus on a different topic, such as mastering moods to improve behaviour. Coaches assist the young people in establishing their goals and taking actions towards them, and conversations naturally continue outside the ring. Support is also offered to help improve functional numeracy and literacy skills, as well as look at career options, and is developed into a personalised programme around the individual.

The success stories of young people are numerous, which Empire believes is in no small part down to their unique positioning in the community as a boxing gym, and the mutual respect shown inside the club.

“Here, we are inside the community. As a working boxing gym, young people aren’t embarrassed to come here. We don’t operate in a sterile sports’ hall and we don’t ‘dumb down’ the sessions; everyone is treated equally. One adult attendee said that they enjoyed coming as they ‘weren’t treated like the mentalists in the corner of the room.”

The benefits of physical exercise on mental health are well documented – and the Empire Fighting Chance team believe that the physiological changes that take place with training can be a catalyst for psychological change too. Endorphins are released also, which combined with their work on mastering moods,  help trainees make healthier decisions for themselves.

Another interesting benefit is how boxing focuses the mind – similar to the effects of popular ‘mindfulness’ practices.  When you are training for short bursts, the mind narrows its field of focus onto just the present moment. The past and future worries are no longer there and all that exists are you and the punching bag or opponent. In today’s digital age where young people are constantly bombarded with messages and information on social media and smartphones, this offers a much-needed time-out from unhelpful circulating thoughts.

“You start out feeling sluggish and out of breath – beginning to realise just how long three minutes is. I remember not being able to count past 11 punches on the bag when doing 21 (you punch the bag 1,3,5,7,9,11 etc time up to 21). A simple drill that is both challenging, exciting and exhausting. It is you versus the bag and the clock, and after about two or three weeks you begin to see an improvement. You feel like a champion when you first start to put a combination together – it is exhilarating.

“My training alternates between technique and physical fitness and every two weeks I have been introduced to something new. If your brain is distracted by learning new things, you often don’t realise just how much hard work the body is doing.”

Attendees are also encouraged to become aware of what they are feeling instead of repressing things.

Paul says: “Boxing with Justin makes me feel more relaxed; we chat about everything and when I’m feeling down I can get things off my chest.”

There’s no denying their approach works. Last year, the majority of the 2,260 young people they supported reported feeling more optimistic about their future, with increased aspirations, more confidence and better equipped to overcome challenges.

There are clear benefits for the wider community too, with 79% being less likely to be part of a gang, and 75% getting into less trouble than before. Attendance and behaviour at school also improved considerably among the young people they worked with.

Equality of access is important to the club, as statistics show that households with the lowest 20% of income are three times more likely to have mental health problems than those with the highest 20% of income. Those from BAME backgrounds also have a three-fold increased risk of psychosis and suicide.

‘We pride ourselves on being egalitarian. Access is open to all, which isn’t the same for other treatment options – especially for those disadvantaged of BAME (Black, Asian and Minority Ethnic) communities that for a number of reasons don’t or can’t access. We have built a strong peer group within the club too. Everyone supports and encourages each other.’

“I remember being three stones overweight (technically obese) and trying very hard to complete ten press-ups all the while being encouraged by Lee Haskins (a European Champion). That is the way it has always been – no posturing, posing or aggression from any other member in the gym. I find the other boxers (both professional and amateur) really kind, courteous and humble. They don’t drink, they train hard and genuinely encourage all abilities just to work up a sweat and enjoy training. The gym is the real deal – pictures of past and present champions adorn the walls – I’ve also met a few when they have come to train.”