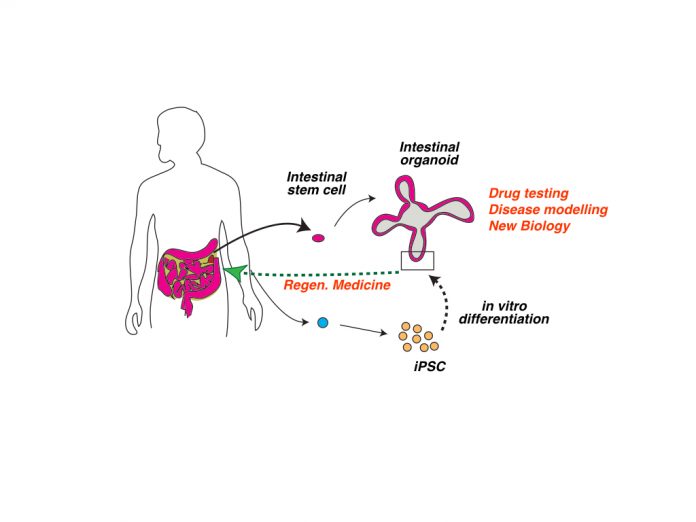 Professor of Developmental Mechanics at the Department of Genetics, University of Cambridge, Alfonso Martinez Arias shares his expert view on Organoids, within the field of developmental biology

A few years ago, a headline and a picture captured the imagination of the world: scientists had been able to grow a miniature version of a human brain in a dish in the lab. Understandably, such a feat unleashed the imagination and the hope of people, particularly those with disease. It did not matter that similar findings had been made and reported with the mouse before, the adjective ‘human’ always has an impact on anything science related. Soon the word was out that this would revolutionise the study of mental health, pave the way to cure disease and, of course, there were the inevitable claims to the cure of cancer.

These ‘mini brains were part of a menagerie of counterfeits of human organs and tissues grown in the lab including disembodied eyes, livers, intestines and pancreas that came to light with this finding. How was it possible? What does it mean? It is sometimes difficult to disentangle hype and hope in scientific research but, in this area, one needs to, as the potential gains are enormous but only if they are built on sound foundations and not on false expectations. For the moment, understanding mental health with mini brains is not on the cards, though understanding something about how cells make brains is. If you want to build tall edifices you need good foundations.

The structures reportedly grown in the lab are known as ‘organoids’, because they are imperfect replicas of real organs. They result from remarkable and still little understood, abilities of special cells, stem cells. Cells do not live forever, and most tissues of our body require a constant replenishment. This is what stem cells do. They manage to keep themselves going, while providing a constant stream of material to repair damage and keep organs functioning.

For example, every day your body produces 200 trillion red blood cells to keep you fit and stem cells in your intestine 30 billion cells to deal with your digestion; this is the awesome power of these cells. The ultimate stem cells are embryonic stem cells (ESCs), derived from very young embryos they can be grown almost indefinitely in culture and, at any time, any single one of them can generate a whole organism.

Organoids are the result of the potential of stem cells. It is not yet possible to grow blood in the laboratory, but intestinal and embryonic stem cells are paving the way for much of what we shall be able to do in the future. A single intestinal stem cell can produce a rough copy of the adult intestine, an intestinal organoid, in vitro and steering ESCs in defined environments with specific chemicals, can produce rudimentary kidneys and lungs. It is these ESCs that were used to build mini brains. However, for now, we cannot control these processes just watch them unravel.

It is early days. Organoids are, in most instances, too imperfect to be of use but the goal is to use these cellular contraptions to understand the disease, test drugs and even one day, create replacements for some tissues and organs.

One of the main problems of regenerative medicine, in which we can replace a damaged organ or tissue for a healthy one, is the matching of tissues between a donor and a patient. The work with organoids promises to solve this problem with the use of so-called induced pluripotent stem cells (iPSCs): ESCs generated by converting adult cells from an individual into ESCs which then, in principle, can be transformed into any tissue and organ.

Thus, iPSCs allow generating tissue matches for the patient as the donor is genetically the same. There is little question that this will happen in the future, but it will not happen faster because of ill-founded claims that it can happen, and we should avoid listening to siren chants that are so frequent in this field.

One of the roadblocks to progress is ‘reproducibility’. In biology, when something works it is capable of making many good copies of itself; behold embryos building organisms. Unfortunately, most organoids now are low frequency, heterogeneous and not functional. To break this impasse, we need more basic research. Two fields will have an impact in progress: developmental biology – that teaches us how animals develop – and engineering – that tells us how to control processes and make them efficient.

The way to the promise

For now, however, while we realise the promise of iPSCs, intestinal organoids, probably the most advanced and reproducible in the field of human organoids, are providing a reference for some of the work that can be done. In a recent landmark study, scientists made intestinal organoids from cancer patients that were undergoing treatment and observed that the in vitro avatars responded to the treatments as the individuals did (http://science.sciencemag.org/content/359/6378/920.full) . This opens enormous possibilities for the use of these organoids to rapidly test drugs and treatments highlighting the potential that lies ahead.

The emerging organoid field at the crossroads of stem cell, developmental biology and engineering will transform our understanding of how cells build organs and tissues and in doing so will pave way for significant applications in biomedical research. For this to fulfil its potential we should resist the allure of statements that promise much in a short-term present and investing in solid knowledge for a long-term future.