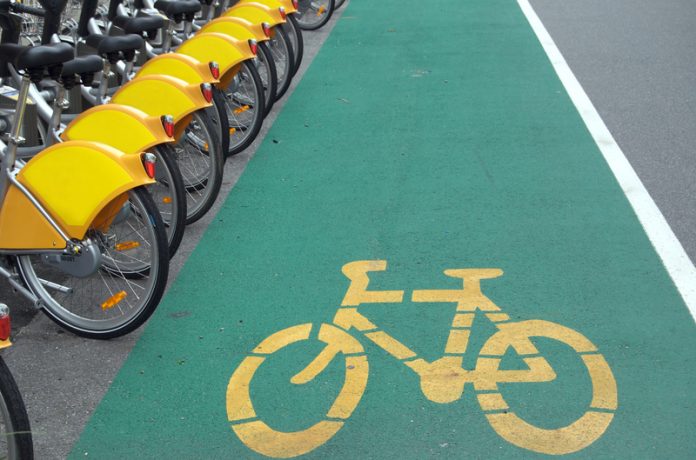 Transport is a sector that affects everyone, whether it be via train, catching a bus or driving through rush hour traffic. However, road transport is reportedly the second largest source of greenhouse gas emissions in the EU after power generation

In June 2012 the government invested a further £266m to support local authorities in delivering local economic growth whilst cutting carbon emissions from transport. Over £1bn has been invested by the government in sustainable travel across England as part of the Local Sustainable Transport Fund.

Local authorities across the UK are taking on board recommendations to support and encourage sustainable travel. Councils like Bristol City Council have developed ideas such as the Hydrogen Ferry, a bike recycling scheme, and the Cycle Network.

Reading Borough Council have also been awarded a grant of £20.7m from the Local Sustainable Transport Fund which will help to launch a number of measures in the local areas. These include creating an additional 7,200 daily bus trips, 12,050 daily walk trips and 2,300 daily cycle trips across the town. The council estimates that all these efforts combined would result in a 29,000 tonne reduction in CO2 and an estimated economic benefit of £340m for the town as a whole.

The above examples show just how local authorities are already working towards low carbon technologies within transport. However, is there more that could be done? How should local authorities be encouraging sustainable modes of travel? Here a number of experts discuss whether enough is being done to drive forward the importance of sustainable transport in our local towns and cities throughout the UK…

Sustainability is the future

Sustainability is a thread that is woven through Labour policies, and our pledge is to reinstate the target to reduce emissions in the aviation sector to 2005 levels by 2050 – a pledge scrapped by the Coalition Government.

Not all pollution at airports is caused by aircraft, but also by congestion around nearby roads, which is why we as a Shadow Transport team call for improved surface access and public transport links. We also recognise the valuable role that light rail and trams play in increasing connectivity and reducing emissions – as a Blackpool MP, I’m proud of the tens of millions of pounds from the previous Labour Government which has given us a renewed tramway and 21st Century tram fleet in the town.

But we also pursue these low-carbon policies because of the range of related benefits they bring to commuters and communities. Cycling and walking improve public health, cut costs at a time when the cost of living crisis bites harder than ever, and reduce congestion, making our roads safer and easier to navigate. Greater use of public transport and schemes like car shares carry many of the same advantages; local authorities must be given the tools they need to innovate and implement successful strategies for sustainable transport.

The Campaign for Better Transport has demonstrated the limitations of investment plans being submitted by new local transport bodies. Projects focused on bus travel account for only 7% of the total, compared to 22% under the old centralised funding system, and there are no projects aimed at cycling. The government should do more to promote the sustainable dimension, but must also recognise the constraints on local authorities. The Coalition Government cut £300m from local transport funding upon coming to power, and we continue to see incremental cuts to crucial budgets, such as a further £10m shaved off funding for supported bus routes. The Local Government Association (LGA) has also raised concerns that the Department for Transport (DfT) money is incorporated into the Single Local Growth Fund, suggesting that forward-looking transport plans could suffer as the money is diverted to plug the gap in other pressing areas of local need.

Beyond its environmental impact, sustainable transport also means making our communities more stable and cooperative, bridging the gap between jobs and skills and ensuring that no locality is left behind as business in other areas grows. The transport budget is no quick fix to the need for central government savings; too much rides on the effectiveness of our transport network in terms of sharing tomorrow’s economic prosperity and reducing the imprint that we leave on the world around us.

The government’s Spending Review did not bring good news for local transport. It brought worse news for local schemes aiming to make it easier for people to walk and cycle, for which there was almost no mention at all. In fact, the Road Action Plan that followed the Spending Review demonstrated without a shadow of a doubt that for this government it doesn’t matter what the question is; the answer is always roads.

The government also announced, what it termed the biggest infrastructure spend in decades. But of the £70bn to be spent on transport from the infrastructure fund, a staggering £42bn of this is allocated to HS2. Just imagine what that kind of money could do if it was spent in local communities improving access to walking and cycling routes and public transport services.

In slightly brighter news, the Local Sustainable Transport Fund (LSTF) has been extended by £100m for 2015-16, with most of the relevant transport funding streams being shifted into the £2bn per year Single Local Growth Fund (SLGF). The LSTF, by providing dedicated national government funding for transport, has been responsible for kick-starting more projects that encourage walking, cycling and public transport, and place initiatives that enable these ways of travel at the heart of their plans and strategies. So it is great to see the continuation of LSTF for another year, but we need long-term certainty over this funding stream to ensure that councils are encouraged to continue planning for the future.

This kind of forward-thinking will help local authorities to make walking, cycling and public transport as alternatives to car travel and the most viable option for getting around. They’ll be able to ensure buses have priority and are not delayed by traffic, as well providing safe walking and cycling links that actually link people from where they live to the places they need to go.

Two-thirds of the journeys we make by car are under 5 miles – distances that could easily travelled on foot, by bike or on public transport. These journeys are mainly around the places we live – they’re trips to the shops, to school and to visit friends. What a difference it would make if these cars were taken off the road, helping to reduce congestion, tackle pollution and keep residents healthy, thereby stopping the enormous drain that physical inactivity and obesity places on our health budgets.

It is vital that central government provides certainty around transport funding at a grass roots level. Local Authorities need to be able to tailor their transport plans to their community so that money is spent wisely and has the greatest impact on local journeys.

Innovation is central to delivering a sustainable transport system that can cope with the growing pressure to move people and goods more efficiently.

A major transformation in performance is needed and, as the UK’s innovation agency, the Technology Strategy Board is playing its part in making that happen.

That can range from backing for research into the environmental impact of electric cars in the North East, to supporting the development of a Smartphone app to help young people make better use of public transport in the South West.

Transport is one of our priorities. As well as supporting the development of the new clean technology needed, it is our job to ensure that the UK is well-positioned as a global developer and supplier of new technologies.

The UK has a strong transport industry, employing more than 1.3 million directly, and there will always be a need for powered transport. But this need has to be balanced with the impact on carbon emissions and the cost of congestion to the UK economy, which is predicted to reach £22bn by 2025.

The Technology Strategy Board has a leadership role across the whole transport industry, promoting innovative solutions to these challenges and turning them into opportunities for UK industry. We bring people together to share ideas, tackle challenges and make new technological advances.

Businesses can make a difference, for example, by working on ground-breaking projects to reduce carbon emissions. There are also opportunities to integrate different energy sources on systems and vehicles, not just to serve the UK’s transport needs but to take a greater share of a global market.

An independent report has predicted that our low-carbon vehicles programme will boost UK gross valued added (GVA) by £8.2bn over 10-15 years.

Our funding is encouraging road haulage operators to switch to low-carbon commercial vehicles and track the reduction in carbon emissions. Examples of other funded projects include a prototype for a hybrid engine that can be retrofitted to double-decker buses and another exploring the use of the latest digital technology to manage urban congestion corridors. We encourage applications that involve local authorities; for example, we plan to run a competition later this year for in-field trials that demonstrate the potential benefits of transport integration.

Innovation can be stifled by a lack of opportunity and our Transport Systems Catapult centre is providing world-class facilities to pursue and test these cutting-edge ideas.

We know that focusing innovation effects on technology alone is not enough. Encouraging people to make different travel choices is another challenge but, by making it easier and more convenient for people to choose sustainable transport, there is potential to ease congestion on our roads and support economic growth as well as reducing carbon emissions.

To do that we need to think about the journey as a whole, making it as seamless as possible, and to encourage integration across different types of transport. Over the last year we have committed up to £63m to support business-led transport projects, studies and workshops, taking a collaborative approach to research and development.