1. Operational safety and durability of building structures according to European regulation

The basic requirements for building structures are contained in Regulation (EU) No 305/2011 of the European Parliament and of the Council. Six of the seven requirements were already stated in the 1989 Council Directive 89/106/EEC. The first requirement, which has been unchanged for more than 30 years, concerns the operational safety of structures. The last, seventh requirement, was added in 2011. It concerns the need to ensure durability, i.e. adequate safety of the structure over its assumed service life. In addition, the possibility of demolishing structures was added to the description of three requirements in 2011.

The following hypothesis can be put forward, resulting from the changes made to the regulation in 2011. – in the last 30 years, the inadequate operational safety of building structures due to their lack of durability has been recognised in Europe, with the result that the structural reinforcement can be costly and ineffective. In such a situation, the only option left is relatively cheap demolition. The requirements for building structures also apply to bridges. And what has changed in bridge construction over the past 30 years?

In the 21st century, the standardisation system has changed. In the former system, which functioned until the end of the 20th century, standards were developed in individual European countries by state institutions. These standards constituted a coherent (but quite narrow) set of mandatory requirements, in which field-tested technical knowledge was included.

In the current standardisation system, standards are developed by the European Committee for Standardisation. In 2002, a set of standards, called Structural Eurocodes, was introduced in the EU for the design of building structures. One of the main assumptions in the creation of this standardisation system was the need to include up-to-date technical knowledge. This assumption results in the fact that constantly changing technical knowledge necessitates a permanent revision of the standards provisions. The current set of standards consists of 58 Eurocodes, totalling 4,885 pages (a second edition will comprise approximately 6,500 pages).

Thus, in the current standardisation system, the Eurocodes represent an extremely extensive set of voluntary requirements that will change, making them impossible to verify. With such an extensive set of recommendations, bridge designers have to use computer programs. They can design any experimental bridge structure. Only that no one knows how it will behave during long-term use.

Of the seven basic requirements in Regulation 305/2011, none dealt with aesthetics. But it is the aesthetic form of an object that has been treated in Europe as the most important requirement when assessing bridge structures (aesthetic experience is rather the psychological reaction of a particular person looking at an object). Given this ‘aesthetic’ requirement, two axioms (i.e. assumptions that are made without proof) have been adopted: the first that an aesthetically pleasing bridge should have an original design, and the second that a bridge should have large dimensions.

The adoption of these two axioms (used together or separately) has defined the approach to bridge construction for many years. For the past 30 years, original bridges have often been built in Europe that are of a size that does not meet needs, are difficult to build, expensive to maintain and of poor durability. The original bridge (photos 1 and 2) represents a single experiment on a natural scale, without validation. Bridges are built in the likeness of monuments, erected to commemorate something (photo 1) or someone. This is completely irrational. With insufficient funding for maintenance activities, these bridges will be taken out of service in the near future.

Fortunately, to date, bridges have rarely suffered such spectacular catastrophes as the collapse of the Polcevera viaduct in Genoa, a large and original bridge structure whose aesthetic form was emblematic of Italian engineering (photo 2). The viaduct collapsed after 50 years of costly maintenance, burying 43 people.

4. Bridge structures of standard design and dimensions adapted to the obstacle – functionalism in bridging

Bridging needs to return to the basics of engineering. Taking into account the basic requirements of European Regulation No. 305/2011, the following approach is proposed:

In implementing the above approach, bridges should first of all be built with structural solutions that have proved their worth in practice. In addition, it should be possible and inexpensive to reinforce the structure, so its dimensions should be as small as possible.

Two challenges can be identified in relation to the operational safety of European bridge infrastructure. Constantly increasing service loads and weather anomalies (high winds, heavy rain and extremely high temperatures) will cause accelerated degradation of any structure. However, original structures will degrade more quickly. And the consequences of failure (let alone collapse) of non-standard, large structures will be proportional to their originality and dimensions. Thus, the first challenge concerns the road administration, which will have to deal with the maintenance of these customised bridge structures (photo 1).

The second challenge is the need to clarify the basic principles for the construction of standard, durable and environmentally friendly bridges, for which it is possible to maintain many years of safe use at low cost. This approach can be called functionalism in bridging. 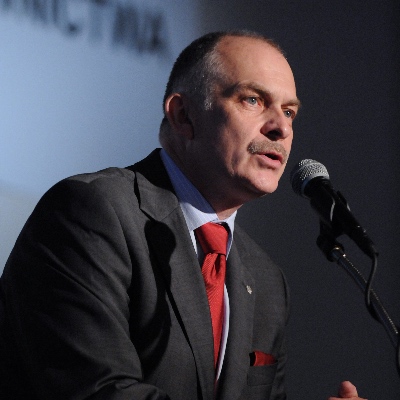