Chris Bowden, Managing Director of Squeaky, explains why he believes the energy crisis we are experiencing is a perfect storm for the UK’s green energy transition, albeit unintentional

The energy market is behaving in a way that it never has, and problems are mounting left, right and centre.

As I write this; fourteen suppliers have gone out of business (since August), millions of UK households have lost their suppliers, and the energy price cap forecast has been listed at around 30% higher than the record £1,277 figure set for winter 2021-2022. Plus, the industrial and commercial (I&C) and public sector has been directly impacted by the massive rises in wholesale power prices.

I have worked in the energy market for 32 years and I can honestly say that I have never seen anything like this. It is shocking, it is chaotic, and I appreciate the concern of those organisations and employees on the frontline of this market meltdown and those households who are facing a very difficult time.

But here’s the thing – the world has faced volatile energy markets and supply squeezes for decades. The difference here is that we are in the first major energy crisis of the clean-power transition. In fact, riding this wave of chaos could prove to be very beneficial in the movement towards a green world.

What has caused the current energy crisis?

During the pandemic, global demand for gas fell and this combined with reduced economic activity in the UK drove electricity prices to historic lows of £20/MWh. However, as global economies started to recover post-Covid there has been a surge in the demand for liquefied natural gas (LNG) and Asia has outbid the UK and Europe for these LNG cargoes.

This fused with lower-than-normal gas flows from Russia – which they claim is due to production difficulties but could also be due to the political pressure Russia wishes to put on Europe to complete the Nord Stream 2 pipeline – has driven gas prices in the UK to historic highs.

Combine all of this with a structural upward shift in carbon credit pricing, low levels of renewable generation from wind, and a fire on the French interconnector and you have a melting pot of events that have pushed electricity prices to levels never seen before.

Indeed, this is not just a UK issue – although the UK is impacted more due to a lack of energy storage – we are part of a global crisis.

Why is this a tipping point?

This energy bull market has demonstrated, yet again, that we live in an interconnected world and as global economies recover post-Covid and many countries switch away from coal to gas, it will inevitably put upward pressure on gas prices. Combine this with increased carbon pricing and you have an unintentional, yet perfect storm for the UK’s green energy transition.

In short, paying more for gas and power could spur the deployment of a lot more renewable energy.

There’s no doubt, some FTSE100 companies will be feeling the strain of the rapid increase in energy cost, particularly those whose budgets are based on the price of the previous year. Some will be seeing energy bills almost double, and when these costs are already in the millions, there may be some who will find themselves in a difficult situation where margins will be squeezed or prices to end customers will have to rise.

And it’s not just the private sector that will be feeling the impact, the public sector will be under huge pressure too as it’s much harder to pass on these higher energy costs to customers as some companies can.

So, what can be done?

Buying renewables from projects that need a Corporate Power Purchase Agreement (CPPA) to get funding can disconnect a corporate from unstable and volatile power prices and provide greater certainty. This is because the power price needed by the developer of the project isn’t linked to fossil fuel prices, instead, it is linked to the cost of solar panels or wind turbines and the cost of capital. And whilst the cost of solar panels has risen steeply over the last twelve months the levelized cost of energy for a solar project is still below £50/MWh which compares very favourably to 2022 power prices of over £100/MWh.

Organisations who, prior to the energy crisis entered a CPPA, will have successfully insulated themselves against this chaos and will be reaping the rewards of stability.

How easy is it to move away from fossil fuels?

Whilst the cost of renewable energy under a CPPA is below the cost of fossil fuel energy, it’s important for a buyer to also consider the additional costs that often come with a long-term renewable energy transaction, namely the capture risk or the integration of this CPPA into both an organisation’s energy supply and the wider energy system.

The integration of renewable sources in the energy system is one of the key components of any energy system decarbonisation strategy. However, this integration raises many challenges in terms of planning, operation, and reliability practice.

Renewable technologies are not comparable with fossil-based generation in terms of dispatchability. This translates into high system costs of renewable generation, as it requires holding significant backup capacity to ensure a balanced energy supply throughout the day. In fact, these challenges will only further increase as the share of renewable energy generation increases to levels never witnessed before. To date, these aspects have been only marginally considered in economic analyses of renewable energy deployment.

In addition, the politicisation of gas and power could also prove to be a challenge in the transition away from fossil fuels. Let me explain…

Renewables imply a more flexible and decentralised approach to energy generation and one way to achieve this is the interconnection with other markets. Electricity transmission operates under several significant constraints, among which are the interconnections between different regional electricity grids and the capacity constraints of transmission lines that limit the movement of energy.

In Europe – Italy and Spain in particular – we have already seen real political issues forming around the recent increases in gas and power prices.

Is the transition away from fossil fuels too slow?

The issue of how to match demand and supply instantaneously, and in particular to meet peak demand, has always characterised energy systems since electricity cannot be stored in an economically viable way for extended periods of time or dispatched for long distances without significant loss.

This means that even power systems fully based on dispatchable technologies – such as fossil fuels – incur system costs due to the necessity to hold spinning capacity, namely reserve generation capacity to offset variations in demand and supply. Generally speaking, peak demand has been met thanks to gas-fired and diesel turbines, which have fast rump-up times and are modular.

The problem of matching demand and supply is magnified in the case of renewables due to their variability vis-à-vis fossil-based generation and to the fact that times of peak production do not necessarily take place at times of high demand.

As such, shifting too quickly to a renewables system without having the dispatchable generation capacity to meet peak will inevitably create very high prices that drive demand destruction or in the worst-case scenario, blackouts.

How do you transition a nation to green energy?

No matter how painful and expensive the transition from fossil fuel to clean energy will be, there is no escaping the fact that it is entirely necessary.

And the golden question that everyone is looking for an answer to is; how do you build a system that deals with security supply, clean energy, and is low cost? A trilemma like no other.

Indeed, overcoming one of the greatest challenges of our time will require a rethink of the entire system; an overhaul of decade-upon-decade of supply chains diseased with fossil fuels; management of competing thoughts and ideas; rapid innovation, a sharp focus on deploying and scaling up existing technologies, and a high degree of global collaboration.

But arguably the key to this conundrum lies in the murky waters of global politics. Leaders must make realistic pledges and avoid the temptation to pledge to the hand of the voting public. On matters of climate change, we cannot afford party politics to take a seat at the table. Likewise, setting outlandish goals will simply create a poisoned chalice for future leaders and is neither helpful nor ethical.

The transition to green energy is complex and let’s be brutally honest, it will be painful. But the knowledge and technologies are there to make it happen. If history has taught us anything it is that for change to occur, the boat needs to be rocked and rocked it has been over recent weeks.

Leaders, it’s time to rip the plaster off and start healing the wounds of the world. 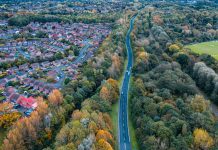 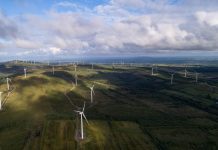