Home Open Access News Energy News Is the world in the midst of an energy crisis?

Azem Hoti, Engineering Recruitment Specialist at VHR Global Technical Recruitment, explores the extent to which the world is in the midst of an energy crisis. One area explored concerns Taiwan’s first commercial offshore wind farm

In 2018, a BP statistical review of energy estimated just 53 years’ worth of crude oil being available globally, there’s no denying that we are in the midst of an energy crisis.

Current energy challenges include phasing out fossil fuel subsidies, price volatility of alternative resources and a lack of market transparency. There are also issues with the emerging middle-classes of India and China shifting the needs for energy, to cool their homes with air conditioning.

The United Nations Intergovernmental Panel on Climate Change suggested that by the middle of this century the need for cooling will surpass the need for heating.

It is estimated that by 2040 the world’s energy consumption will have increased by almost 50%.

In 2016, the United Nations’ (UN) established the 7th Sustainable Development Goal, to: “Ensure access to affordable, reliable, sustainable and modern energy for all.” Though the goal is providing significant progress, until other socio-economic aspects are addressed, such as the capitalist agenda that surrounds the production and distribution of energy, no real progress can be made.

It is also estimated that approximately three billion people worldwide cook and heat their homes with simple fuels such as stoves, open fires that burn wood, animal dung and coal.

International financial streams to developing countries in support of clean and renewable energy reached $18.6 billion in 2016, almost doubling from $9.9 billion in 2010. To maintain this level of growth, the fact is that higher goals to be set, met, and where possible, exceeded. Renewable sources are expected to grow by 2.6% each year until 2040.

Already, one-fifth of the worlds primary energy supply already comes from renewable sources such as wind, solar, hydro and geothermal.

As the supply of crude oil diminishes, the historical power struggles between these countries will shift and China is already ahead in the renewable’s arena.

Renewable energy provides an opportunity to redress the environmental impacts caused by using fossil fuels and gives the potential for developing countries to have their own industrial revolutions, without the associated pollution that will necessarily be associated.

1.2 million people worldwide do not have access to modern energy services, experts believe that there will be a lot of rising demand from Asia, Latin America and parts of Africa in the coming decades.

The solution may seem simple, to devote a substantial amount of time and energy to funding and developing renewable energies. The issue with this approach is that it does not appeal to the political agendas of many of the world’s leading energy suppliers, such as Russia and the U.S.

Solar energy has had a surge due to advances in the technology of solar panels which allows them to generate energy even in overcast conditions, in 2016/17 this technology grew by 50%.

In 2017, more than 12 GW of solar energy was added to the electricity network, the equivalent of an entire coal-fed gas station.

A key obstacle is integrating the new solar technology into the old system, we can’t store electricity in large quantities using current technology; with the existing limits present, only 10% of our energy can come from solar power.

Most places are tackling this issue by keeping more reliable sources of energy production in reserve, for example, nuclear, gas and coal stations running at low power, or even idle, ready to ramp up the production if/when it is needed.

One solution is to make existing energy grids bigger, so-called “super grids.” This mechanism can extend across several countries, enabling electricity to be shared between countries.

The second phase, Formosa 2, which is equipped with 47 turbines, is due to generate 376 MW once it starts commercial operation in 2021. The final phase, Formosa 3, which will potentially become operational by 2026, is set to generate a capacity of 2 GW. The project is designed to be one of the biggest offshore wind farms on the planet.

Heavily populated countries, such as China and India have made renewable energy a national priority, demonstrated with China investing more than $88.5 billion in projects related to generating renewable energy. India’s Government is seeking to double its renewables capability from the current 86 GW to 175 GW, hereby reducing the countries dependence on coal power plants and reducing levels of pollution, which have been deemed hazardous by the World Health Organization (WHO).

Not only that, but the Indian Government’s solar capacity targets are looking increasingly realistic. In 2010, the country had just 500 MW of national solar capacity, but by the close of 2018, had surpassed a staggering 30,000 MW. Indonesia has also reported plans to boost its shares of renewables to 23% by 2025.

The future of renewable energy in Asia is promising, but many challenges remain

Not only is there a need to scale up basic rural needs, beyond lighting and small electricals, planning also needs to encompass the larger power needs of schools, businesses, hospitals, as well as general air conditioning, for Asian countries especially. Industries such as farming should also be considered, where energy is needed to support irrigation, refrigeration, crop drying, reliable cold-chains and light-weight vehicles. Only with government backing and innovation from the ground up, can renewable energy become a viable reality. 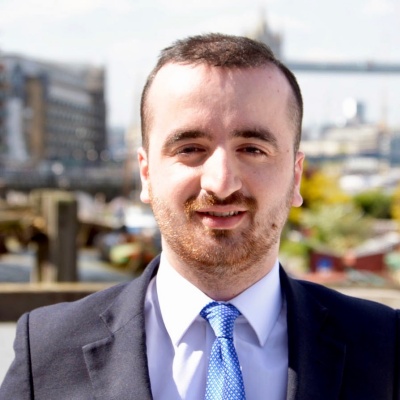