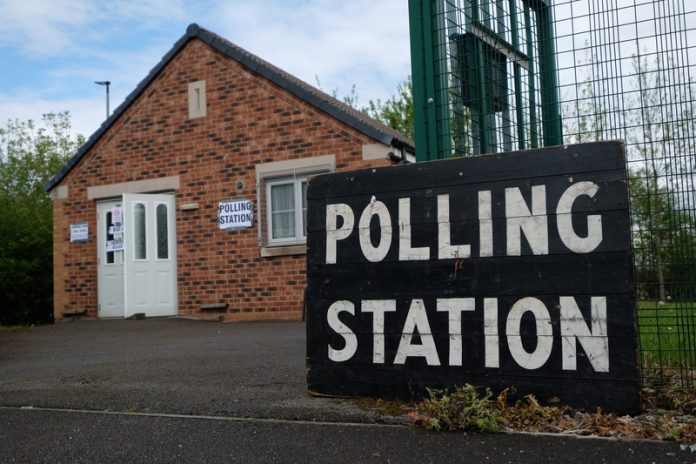 Tomorrow the UK will head to the polling stations to decide whether or not to remain in the EU. The decision is a monumental one that has the ability to change the political landscape of our nation for many generations to come. Whether you are voting in or out there is little doubt the politicians have done a poor job of explaining the possible impacts of the vote to the electorate, and in fact the majority of this campaign has been fuelled by conjecture, outright backbiting, and not a lot of solid information.

It has been a long journey to reach the 23 June. Our poll suggests that the majority of AG readers are in favour of a Brexit, but on a national scale the outcome looks closer.  It is unlikely the vote can be predicted with any certainty so it will be a nerve-wracking time for both sides of the debate while the votes are counted.

Polling opens tomorrow morning so make sure you have your say. In this our final bulletin, the AG editorial team have laid out our views on the vote…

The remains of the day

Wherever your views fall on the political spectrum, there are visible problems with the EU, but as far as I’m concerned abandoning our seats at the table (or those seats that haven’t already been abandoned) is no way to address those issues.

If, and only if, I thought leaving would enable the creation of a social democratic utopia, I would be first on that bandwagon. I have read some intelligent, coherent and almost convincing arguments for a so-called Lexit over the last couple of weeks, but those with the best intentions seem to rely on the simplistic, idealistic view that we would do the ‘right thing’ out on our own.

Unfortunately, we don’t live in an ideal world and creating one is going to take more than a quick cross in a box on Thursday. The British public, normally so reserved and averse to talking about politics, have now embraced the referendum as a chance to air every grievance they’ve harboured for the last 20 years or so, and it worries me that our decision is going to be based on misdirected resentment.

Leaving would not in any way impinge upon the power of corporate interests or the political elites that largely serve these interests. It wouldn’t even provide a convincing solution to the scapegoat issues, like immigration, that have been used as voter bait by the leave campaign on its depressing and entirely predictable slide into blatant xenophobia.

Those citing sovereignty and democracy as cause to leave conveniently ignore the fact that European Commissioners are chosen by member states. And that members of the European Parliament ARE ELECTED, by us and the populations of every other member state. Which is more than can be said for the House of Lords. Indeed, our own dear Conservative government was brought to power by only 24.4 per cent of the electorate.

We all know that as grown-ups we have to compromise to move forward. Inside the EU, we have largely been getting our own way for the past 40 years and have played a key role in shaping policy and legislation while keeping our distance from the euro and the Schengen agreement. If we vote to leave the EU on Thursday we’ll be learning a whole lot more about compromise, because we most definitely will not be in the driving seat of the negotiations that follow.

If, as Leave complain, we couldn’t get what we wanted from inside the Union, how can we expect to exercise influence from outside it? Maybe this is the lesson that we need to learn; that we are not as important or as powerful as we think we are.

If nothing else, the referendum has instigated a lot of soul-searching about who we are, and who we collectively want to be. The last few months seem to have turned upside down an order and stability that I for one have taken for granted in my 28 years. I don’t want to my country to vilify the vulnerable, wherever they are from. I don’t want my country to be protectionist and isolationist, but to take responsibility and continue to lead on the global stage from its position of influence within the EU bloc.

But mine is just one vote among many, and all that remains now is to vote.

When the EU Referendum was announced, I was definitely an ‘inny’. It felt comfortable knowing my decision, and my decision was the right one – I was convinced. Now I’m not, and I’ve spent the last few months doing a daily ‘hokey cokey’ of being in, then out, then in, then out. I’m sure you get the picture.

The indecision I now feel has nothing to do with some fundamental change in my political stance, and everything to do with the mistrust and disappointment I have for both camps and their campaign approach. The lack of facts for a convincing argument either way on key topics leaves me at worst frustrated, and at best, with indigestion.

To me, it doesn’t feel like a vote to determine what is best for the UK, but a vote on which politician seems the least obnoxious and self-serving. Do I believe that Cameron, Gove or Johnson have the best interests of this country at heart? No, I do not. I think they are simply interested in their own careers. If this nation votes leave, and the economy suffers a downturn (which is a prediction at least in the short term to the year 2020), will they be adversely affected? Not a chance – it’ll be us – the workers of this country.

As for Farage, he’s peddling the immigration topic and gaining support from vast swathes of the population who believe that we are being overrun with foreign benefit scroungers, criminals and terrorists. I’m as concerned about immigration as the next person. I do believe we only have finite resources (and patience) to cope, but we shouldn’t be using scare tactics to convince a nation to ‘close our borders’, especially when we need foreign workers in key sectors of this country. No, what we need is a balanced approach and an honest, open strategy that best suits us. Will a Brexit deliver that? I doubt it.

So, how will I vote on Thursday? Right now, it’s looking like I’m ‘in’. For me, ‘out’ looks too uncertain and no-one has convinced me of a bright future either way. I’m placing all my hopes on a government that will negotiate a reform of a broken EU. I just know I’ll need to buy more indigestion relief.

Why I am voting to leave the EU

I am not a racist, I don’t hate Europe, and I don’t want the UK’s economy to implode, but on the 23 June I will be voting to leave the EU. Why? Because I truly believe this is the best decision for our country.

At the start of this campaign, I had absolutely no idea which way I wanted to vote. I am a millennial, and have grown up in the shadow of the Union. Like many people my age I have known nothing but the UK in the EU. I was overwhelmed by the amount of conjecture on what a leave or remain vote would mean, but through the myriad of politicking I reached a decision.

So why am I voting leave? Firstly, I will say it has nothing to do with immigration and it has even less to do with the economy. It is about self-governance. I am not anti-Europe, but I suppose to a degree I am anti-EU—the political institution that exists within Europe.

The EU is not only an institution aimed at facilitating commerce or co-operation between member states, it is steadily becoming a country of its own, with its own parliament, its own president, and its own criminal justice system. Brussels-based institutes have the power to overrule parliamentary statute of member states, and EU nations—not just the UK—are often trapped by EU legislation, whether it benefits or not.

Yes, there are undoubtedly benefits of keeping close ties to our European friends, but leaving the EU won’t sever those bonds. I’m not suggesting we pack up our things, close our borders and lock the doors, but in my opinion it is time for the UK to take back a little of its autonomy.

Looking ahead to what the EU could look like in 10-20 years’ time, it is a concerning path we, as a nation, are walking down. There can be no denying integration is a key agenda for the Eurocrats in Brussels. The EU is steadily working to develop closer ties between member states, but do we—and other EU nations—really need to be led by politicians in Brussels? Is this much integration really necessary? While I am for cooperation and collaboration, I can’t help but think that national governments are best placed to lead nations, to know what their citizenry needs.

I wasn’t alive when the first referendum vote was held and the UK chose to join the common market. However, I do know what the EU represents today is no longer the same vision put forward to the electorate. Institutions evolve and adapt—that is inevitable—but when it changes in a way that no longer represents what was originally signed up for there must be the ability to decide as a nation how to proceed. Whether you are for or against remaining in the EU that is what this referendum represents: a chance to either reaffirm those ties to the EU or carve our own path.