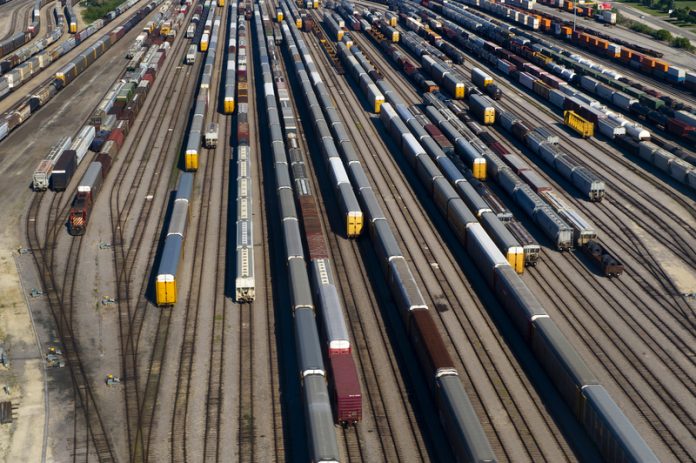 Natasha Marie Levanti, Association for Consultancy and Engineering discusses the European rail supply industry and outlines what the new EU resolution means for the sector…

On 9 June the EU Parliament has adopted the Resolution on the competitiveness of the European rail supply industry (2015/2887(RSP)), which will serve to increase the ability of those engaged in the rail sector to compete not only within Europe but also globally.

As the EU represents the largest absolute market worldwide for both rail products and services, according to the UNIFE World Rail Market Study 2014, it is vital that those involved are fully competitive within global markets. Of the EU market, 84% of needs for supplies and services are met by the European rail supply industry.

The EU, and subsequently many member states, have repeatedly asserted the key role that the rail industry plays in allowing Europe to achieve their goals for mitigating emissions, limiting other negative factors within climate change, and facilitating the essential achievement of the 20% reindustrialisation target, with the rail industry holding the lowest share of EU transport CO2 emissions (only 1.8%).

With constant development of rail technologies such as high speed or magnetic levitation, lighter weight materials, satellite based positioning or timing systems, and cross border connectivity, it is imperative that the European rail industry as a whole continually improves.

In April, the Members of the European Parliament Industry Committee (ITRE) had adopted the resolution by a large majority. The ITRE committee members within this made know their strong desire for the support of European rail suppliers, as well as the need for this to prioritised to ensure that the European industry continues to lead within the greater global rail market.

Despite the current level of Research & Development at approximately 2.7% of annual turnover, past of the new resolution is to create a renewed European rail industry innovation agenda.

Other major aspects of the resolution include supporting SMEs that work within RSI, increasing the investment in rail projects through a variety of existing EU funding mechanisms, increasing global competitiveness of European rail through various trade negotiations, as well as improve the amount of political knowledge and support of the European rail industry.

Many of these objectives rest in line with the European Union’s recent priorities, including decreasing red tape, fostering innovation, supporting SMEs, and ensuring the competitiveness of European industry on global markets.

When it was discussed and adopted during the European Parliament Plenary session, it had the vast support of those in the room, though this was not surprising given the visible support for this throughout Europe as another way to ensure European competitiveness.

Much of the attention gained on this topic has been related to the increasing level of competition with Asian suppliers. While 84% of the EU market is being met by European rail supply industry, if global competitiveness is not achieved, this percentage will decline without proportionate increase elsewhere. Such must be avoided, and is the key objective of the resolution that has been passed today.

Inevitably, as rail is an essential part of daily transport options for many Europeans, rail also impacts the overall EU economy. Efficiencies in overall productivity of an economy can be made through better transportation, and as is often pointed out in times when transport networks are down, there is a productivity cost associated with poor quality transport.

The Rapporteur for this resolution is MEP Martina Werner, done on behalf of the Committee on Industry, Research and Energy. Martina Werner, is a German Member of the European Parliament with noted involvement and advocacy of actions relating to Energy, Steel, Rail, industries and competitive trade.