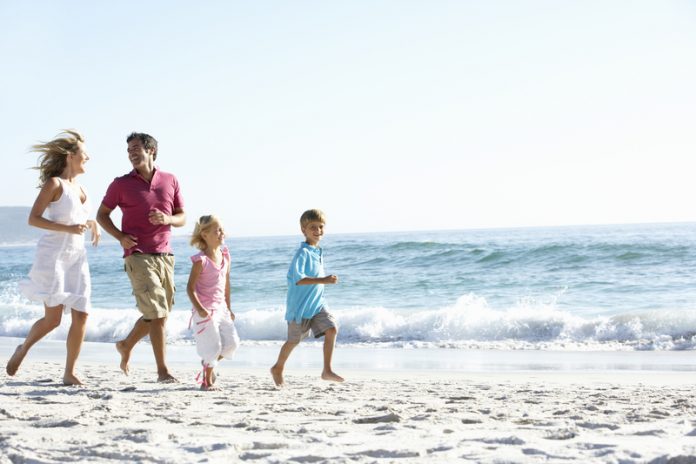 The cost of family vacations abroad doubles during the school holidays, according to a new survey

A new survey has revealed the cost of taking the family on holiday abroad skyrockets during school holidays. This issue has been a bone of contention for many families, particularly since local authorities implemented fines for parents who take their children out of school during term time.

Travel money provider FairFX carried out the research, which showed how travel companies “exploit” parents by increasing prices as soon as schools finish for the holidays in England and Wales.

The research examined 79 one-week package holidays at a four star hotel in Tenerife, Majorca, the Costa del Sol, and the Algarve. It found that for a family of four prices increase on average by 35 per cent when compared to the same vacation two weeks before the schools finish for summer.

However, the largest price increase reached 115 per cent. This was on a Thomas Cook package holiday to Majorca from London. First Choice also hiked the cost of their package deal to the Costa del Sol flying from Birmingham by a whopping 104 per cent.

FairFX chief executive Ian Strafford-Taylor said: “It seems parents are being held to ransom by travel operators when it comes to summer holidays.

“A week in the sun allows families to spend precious time together, but when parents face paying double the original price this experience comes under threat.”

A Thomas Cook spokesman said: “Customer demand is always really high during the school holidays, which can unfortunately lead to an increase in costs for families. This is particularly true for a destination like Majorca which is more popular than ever this year.

“However, we do everything we can to give our customers the best value, and we’d always encourage them to book as early as possible so that they can secure the best deal for them. There are still some fantastic, great value deals out there to be had.”

Leeds was found to be the most expensive regional airport on average, with price hikes of around 34 per cent for all destinations, while package holidays from Birmingham saw the highest regional average price increases, reaching 43 per cent. Flying from London saw a 45 per cent increase in average prices once the school holidays began.

“The UK has one of the shortest school holiday ‘windows’ in Europe – just six weeks – which means there is very intense demand during this period.

“ABTA has called for the education system (Government, local authorities and schools) to stagger school holiday dates by area or region, a system that already works well on the continent.

“This would help to flatten out the extreme spikes caused by intense increases in demand, particularly in July and August, and encourage more travel in June and September when demand is lower and the weather in Western Europe is also ideal for families with children.”