Home Open Access News Government News Farage: Why out is right for the UK 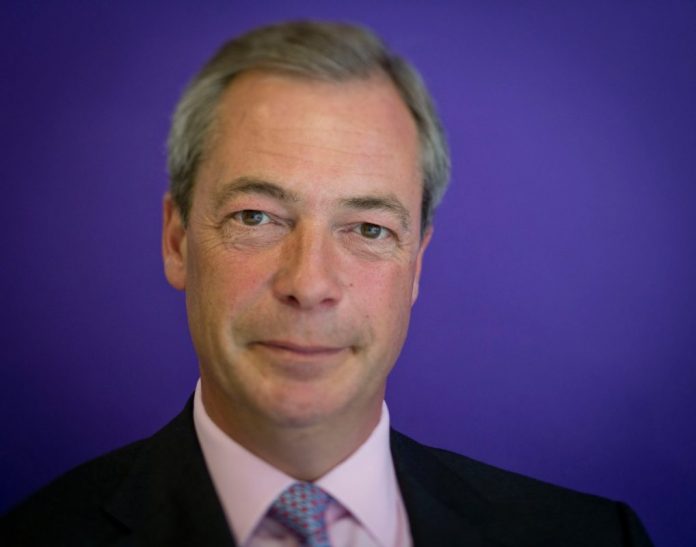 This referendum on June 23rd on our membership of the European Union is truly a once in a lifetime opportunity.

If you believe that Britain should once again be a free, independent and self-governing nation then this is your chance.

One thing that we must remember is that Cameron wanted to make his “renegotiation” package the centrepiece of this whole referendum campaign. He promised very little to start with and returned with even less. The utter failure of the Prime Minister to negotiate effectively even extremely minor benefit changes demonstrates the European Union for what it truly is; a self-serving, bureaucratic mess that sees us pesky Eurosceptic Brits as a trivial obstacle to a fully-fledged federal Europe.

Some in the ‘Remain’ campaign may pretend that if we vote ‘Remain’, our relationship will stay as it is. But it won’t. And to say that is to fundamentally misunderstand what the EU is. It’s a process, every single day. Every single directive, every single regulation adds to the power of Brussels. If we vote to remain then the Eurocrats will see that as a green light to full integration. Turkey’s accession to the EU will be sped up further, an EU army will be created, and hundreds more terrorists will take advantage of our open borders. We have seen this week that swathes of legislation is being delayed until after the referendum for fear of spooking the British electorate. Simply put, the status quo is not an option.

Where the enemy are at their weakest is on the significant question of open door migration, the impact that it’s had on the lives of ordinary Britons over the course of the last decade and the threat that it poses given the new terror and security threat that we face in the west.

This uncontrollable level of immigration into Britain is not good for our quality of life, it is not good for social cohesion in our society, and our population heading towards 70 million or 75 million will not make this a better, richer or happier place to be. But as EU members, there is absolutely nothing we can do about it and the ‘remain’ campaign will go to any lengths to ignore this question.

Another area where we need to attack the opponent’s goal, is the sheer cost of membership. Fifty -five million pounds a day is an astronomical amount of money to be handing to Brussels with no questions asked. After we leave the European Union that money could be pumped back into the woefully underfunded British public services and actually benefit the people who pay the bills in the first place.

A massive democratic deficit exists in Europe. Even the most Europhile politicians will concede this point yet there is absolutely nothing we can do about it. If every British MEP were to vote as a block against a regulation which damaged Britain, there is every chance it would not make one jot of difference. We hold one voice out of 28 in the Commission and our influence in the European Council is dwarfed by the French-German alliance which now dominated European decision making. Britain deserves a strong voice on the world stage; being in the European Union makes this impossible.

The reasons to leave the European Union are numerous but one thing is clear; there is only one way for Britain to become a free, independent and self-governing nation and that is to vote leave and make June 24th Britain’s Independence Day.