Sustainable energy is a crucial requirement for the future of food production systems.  Here Håkan Sandin discusses the requirements of energy for agriculture

Food production systems of the future are requiring more and more energy to cope with the growth in demand.  So why is this?

To produce food in the future, we must use large quantities of energy, in addition, on an ever-increasing scale. The reason are mainly three;

2.   An increasing number of people live in our cities

Today, more than 50% of the world’s population lives in cities. The world’s production systems for food  is changing at a furious pace and more and more energy-consuming means of production, such as fertilisers and pesticides are used. And since we still use the same agricultural land resources to produce our food, like when we lived in rural areas ourselves, it requires many and costly methods of transport all over the world as well as to the city, in order for food to be consumed.

The world is flooded with food. Variation of food offered to the consumer is also dramatically increasing. Food of all kinds, from every corner of the world, is nowadays available in almost every shop. Our consumption patterns are also changing. In the urbanised world we prefer to buy our food in food bags distributed to our homes. As a result, the transport in our cities has increased further and dramatically. We also consume more processed and packed food and we eat more and more out at restaurants.

Can we save energy when producing food?

The answer is as simple as obvious. We must always be scarce with the world’s resources and we must get rid of our dependance on fossil energy, espcially in transports.

However, we must continue to support the growing population of the world with food and then we need also to increase our use of energy.

The statements below can not reasonably be denied.

Swedish agriculture uses around 10 TWh of energy, of which 3.11 TWh in the form of diesel, electricity and biofuels, as displayed in the table below. This direct energy use will generate approximately 3.64 TWh of indirect energy needed to produce fertilizer and other means of production, of which fertilizer use is about 2.31 TWh. Prodcution in greenhouses and drying costs for cereals consume somewhere between 3 – 4 TWh, altogether a grand total of about 10 TWh/year.

We are now working to increase the production of fish and vegetables in Sweden, as an effect of wishing to take use of surplus energy that would otherwise be wasted. Doing so we´ll need to increase our demand of electricity and heat with approximately one hundred percent in the short term of time .

Producing our food in-house, where people live, is undoubtedly part of our effort to save energy. Simply because it is so efficient calculated per produced kg of fish and vegetables.

•      Prioritizing the production of fish and vegetables in-house is undoubtedly one of the most effective ways to increase food production in the world. By definition, it is an exponential innovation, that has the potential to quickly reach one billion people in a person’s lifetime.

•      By producing food in-house, we can place them exactly where we wish and where we have full control over all flows, giving us possibilities to develop circular and mutualisitic production systems.

•      Placing them in urban areas where people live today, we reduce the need for transportation and can also benefit from surplus heat, electricity, organic materials and other unused resources in the city.

•      Then we can also more easily employ people who have no work.

By producing in-house, we are open to endless innovation possibilities by using high technology and ingenious solutions that the world has not seen. 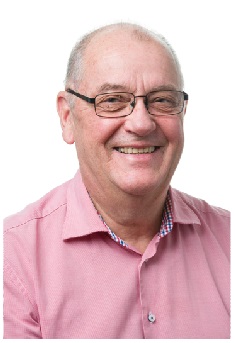 Msc in Horticulture
at the Swedish University of Agriculture