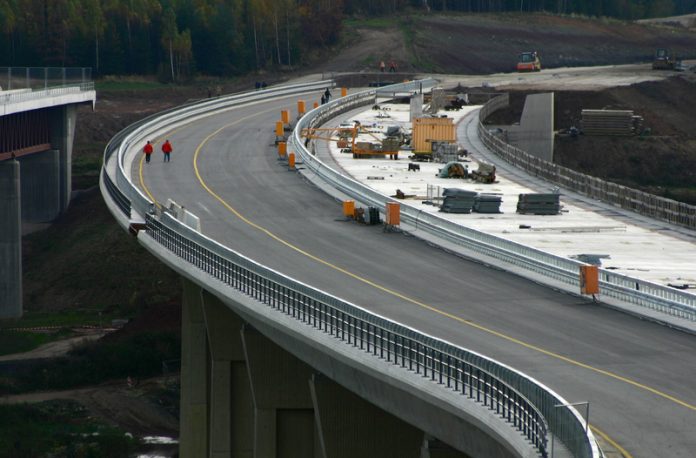 The Federal Transport Infrastructure Plan (FTIP) is the central planning tool for the development of transport infrastructure of the Federation. The new plan was developed and published by the Federal Cabinet in August 2016. It has a value of €269.6 billion and includes more than 1,000 projects. A key area of the plan is the preservation of existing infrastructure with 69% of the investment of the FTIP 2030 focused on this. The removal of bottlenecks within the main traffic flow and on entrance roads is also a key focus.

Mobility in an efficient traffic system is a prerequisite for a dynamic economy and location is a first-class factor. As an export nation and as a transit and high-tech country, Germany depends on a smoothly functioning passenger and freight transport system. Mobility can only be achieved if sufficient investment is made available in the long term to maintain and expand modern and efficient transport infrastructure.

With my investment boost that is the case for the first time: the investment line for infrastructure rises to €14bn a year – permanently. Now this must be planned and built quickly. The plan is the blueprint for the investments of the federal government into the traffic routes. It specifies the projects in which the government will primarily invest over the next 15 years. Our focus is clearly maintaining our infrastructure. For too long, our roads, railways and waterways have been worn down.

Involving the public in planning and development

With the new FTIP we will make 70% of our investment available to improve our roads, railways and waterways. With a €2bn programme we will also redevelop the road bridges. The FTIP 2030 is based on a realistic investment size of the federal government for the transport routes. The total investment of FTIP 2030 is €269.6bn.

For the first time, we have involved the citizens in the establishment of a federal roadmap, with great success. Around 40,000 contributions have been received. In addition to financing, the acceptance of citizens is now one of the key prerequisites for the construction of roads and railways. It is important to discuss the how and why of projects very early – before the plans become concrete. A high degree of transparency and comprehensive possibilities for participation have been developed into the central requirements of the public on politics and administration, especially in the area of the planning and development of the public infrastructure. We have fully listened and complied with these requirements.

From over 2,000 project proposals that have been introduced into the FTIP, 1,700 were for federal trunk roads, approximately 400 for federal railway routes and around 50 on federal waterways. The evaluation procedure of FTIP 2030 has been substantially developed with relation to former federal transport infrastructure plans. The environmental effects of the implementation of the FTIP projects are in a separate environmental report, according to the requirements of the Strategic Environmental Assessment (SEA), which was presented and published simultaneously with the FTIP.

No prosperity without mobility

Due to the investment boost for FTIP, it now has a clear financial perspective for the first time. The projects’ first priority needs to be implemented or started by 2030. An important criterion for classifying it in the “first priority needs”, is the result of the viability study.

The prerequisite for this is a generally high cost-benefit ratio and a high contribution of the project to the reduction or elimination of bottlenecks. Other projects have been classified according to its spatial planning and/or urban significance in the first priority needs. Infrastructure and mobility make the foundation for growth, prosperity and employment. Without mobility, there is no prosperity – this is a basic economic principle. With this investment we are able to have more budget, more useful finance and more private capital available. The Federal Transport Infrastructure Plan, as an overall strategy for the development of transport infrastructure of the Federation and we use these resources efficiently. With a volume of €269.6bn and more than 1,000 projects, it is a strong infrastructure programme. We are focusing on 5 major innovations:

With the Federal Transport Infrastructure Plan 2030, we remain the number one leader in mobility – creating the conditions for the growth, prosperity and work of tomorrow.