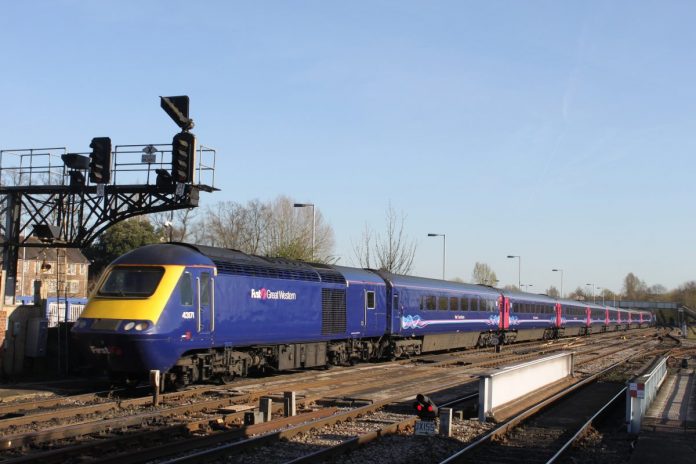 FirstGroup has been granted an extension on its deal with the government to run services along the Great Western network….

Rail and transport company FirstGroup will continue to run services on the Great Western rail network until 2019, it has emerged.

Passengers will benefit from a series of upgrades over the next few years, including electric train services. This will start in the Thames Valley.

Furthermore, upgrades will see additional train capacity put in place at peak times. In London, capacity will be increased by 4,000 seats to tackle the morning commute. The Department for Transport said that three million additional seats will be added to the network by 2018.

There are also plans to add more services in Devon and Cornwall. A total of 369 train carriages will also be installed on the network.

From September 2015 until April 2019, First Great Western will pay the government around £68m to operate the franchise.

Chief Executive of FirstGroup Tim O’Toole said: “We are already working closely with the DfT and Network Rail to deliver the initial phases of the £7.5 billion Great Western Mainline modernisation programme.

“This investment is the biggest on the route since Brunel, and will transform a key part of the country’s transport infrastructure.

“Under our experienced management, the franchise will see new or refurbished trains on every part of the network, resulting in more frequent and faster journeys and an increase in the number of seats.

“These, and a range of further passenger benefits, will keep people moving and communities prospering across the Great Western network.”

Transport Secretary Patrick McLoughlin also commented. He said: “I am determined that passengers in the west, Thames Valley and South Wales get a railway that is fit for the 21st century.

“This is a fantastic deal which will give them more seats, more services and brand new fleets of modern trains.

“This government knows the importance of our railways. That is why they are a vital part of our long term economic plan, with over £38 billion being spent on the network between 2014 and 2019.”