Since the 1970s, the UK has achieved tremendous success in halving the number of deaths from heart and circulatory diseases. This has been bought about by better medical treatment, more effective medicines reaching those people at risk and, importantly, a huge drop in the number of smokers. Nevertheless, heart and circulatory diseases still contribute to more than a quarter of all deaths in the UK, killing on average one person every three minutes.(1)

While this number remains high, there are worrying signs that the improving trend will reverse in the future.

Reductions in death rates could be threatened One of the key risk factors for these conditions is diabetes. Diabetes happens when there are constantly high levels of glucose in your blood. This is because your pancreas can’t produce enough of a hormone called insulin which controls your blood glucose levels. High levels of glucose in your blood can damage the walls of your arteries, making it easier for fatty deposits to stick to them. If this happens you are at higher risk of heart and circulatory diseases such as a heart attack or stroke.

We know that people living with diabetes are three times more likely to have a heart attack or stroke. As such, any rise in the numbers of diabetes cases will lead to similar sharp increases in deadly heart and circulatory events. (3)

Causes of diabetes are complex

It’s clear that the causes of diabetes are complex and linked to many variables, which are often beyond our control, including where someone lives, their family and socio-economic group. People from poorer backgrounds and certain ethnicities are more likely to
develop diabetes. Although we’re still working to fully understand the reasons why someone develops diabetes, we do know that we need to improve prevention of diabetes, especially amongst the most vulnerable groups to reduce the gaps in society, which are so closely linked to health.

We need bold action to tackle the factors, such as obesity and a poor diet, that are leading to spiralling rates of Type 2 diabetes, greater awareness within the general public and a sharper focus within the health sector on earlier diagnosis.

The regulatory action also has a part to play. Chapter two of the UK government’s Childhood Obesity Plan is a welcome step, but we need to ensure that those commitments within the plan are taken forward, helping to empower individuals to make the healthiest choices for themselves and their families.

This includes restrictions on television and online advertising of junk food to children and banning the promotion of unhealthy food and drink by price and location. We know that the odds are stacked against some people, but changes to legislation can lead to significant health gains, as previous governments’ actions on smoking have shown.

We also need more research to better understand why particular groups are at higher risk of diabetes and to combat heart and circulatory diseases in people living with diabetes, so that they are able to live healthier lives for longer. 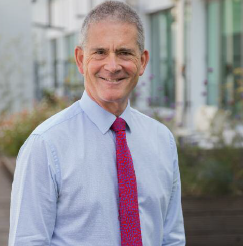