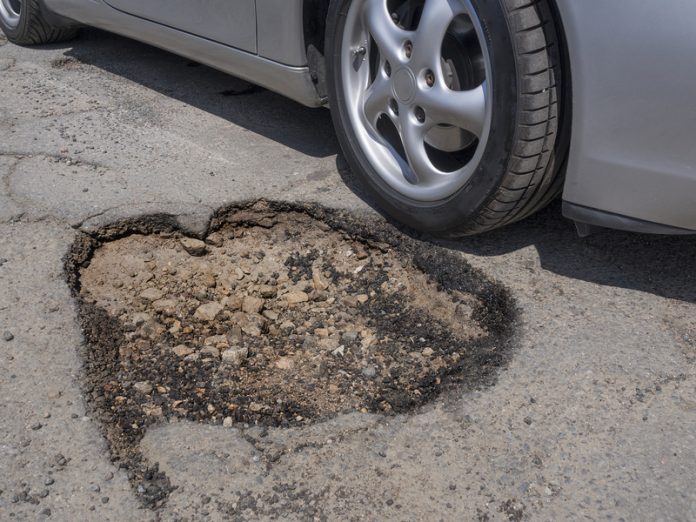 Figures show more than £60,000 has been paid by Herefordshire Council in compensation due to potholes…

A freedom of information request from the Hereford Times has revealed more than £60,000 has been paid out to drivers and cyclists in Herefordshire over the last three years because of potholes.

The data showed the largest amount of money was paid out by the council between October 2013 and September 2014. During this period a total of 791 claims were made against the local authority, of which 145 were successful. The council paid out a whopping £30,047, with the highest claim reaching £2,449.

Speaking to the Hereford Times, David Williams, the Institute for Advanced Motorists’ Herefordshire chairman, said: “Apart from the damage to the vehicles, my main concern is that driver’s eyes are looking for potholes rather than what’s happening up ahead on the road.

“I hear of people who have had their wheels, tyres and suspension damaged because of potholes. There is also a problem of patching the holes, as lorries move the tar aside and you have the same hole there a number of weeks later.

“Some of the roads need longer repairs otherwise you get a merry-go-round of fixing the same holes.”

A Herefordshire council spokesperson said: “We are pleased to see that the number of claims relating to road defects or potholes has reduced considerably since 2013.

“The safety of the public is always our primary concern, and the decrease in claims is testament to the longstanding relationship between Balfour Beatty and Herefordshire Council, and our whole-life approach to improving the quality of roads across the county.”