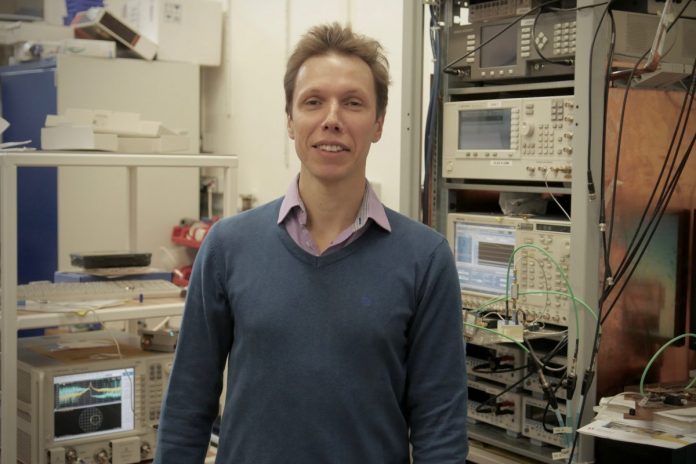 Many machines made by mankind can be considered as hybrid systems to a large extent. An old windmill, for example, combines the softness of the sails with the stiffness of the wood in order to exploit in the best way the strength of the wind. Our modern technology is based on similar ideas, especially if one considers electronics. Two celebrated examples can be cited. First, the transistor, which combines in a very controlled way semiconducting materials with different electronic properties. Second, the read heads of hard drives, which are made from layers of magnetic and non-magnetic materials, providing very compact and sensitive read-out.

The emerging field of quantum technology is likely to follow a similar path. A quantum machine is one whose activity is based on the laws of quantum mechanics. In order to build such a machine, one is naturally led to mimic atoms. Indeed, quantum mechanics was invented at the beginning of the 20th century in order to understand their counterintuitive world. In electronic devices, manmade atoms can be designed in several ways, but all use nanoscale conductors, operating at a temperature close to absolute zero. One such way is electron boxes, i.e. electrical devices that can trap in a very controlled way as little as one electron, also called quantum dots.

Decade of progress is cause for optimism

The interest in quantum dots stems from ideas put forward by Loss and DiVincenzo in 1998, which suggest using the spin of the electron to encode quantum information. This purely quantum mechanical degree of freedom can take two values for an electron – up or down. It is therefore natural to use it to encode the ‘0’ and the ‘1’ of a computer, which would exploit the laws of quantum mechanics – a quantum computer. Making such a computer is a priori a formidable task, but tremendous progress in the field in the last decade calls for optimism. If one is to use the electron spin for that purpose, one needs to find efficient means to manipulate it, read it out and couple it to other spins. Completing all these tasks in a scalable way remains a challenge.

In this context, hybrid setups could come to the rescue. The CirQys project explores such a direction. Like the motion of a tilted top on a table, a spin precesses in a magnetic field. This is the natural way to manipulate it. However, a laboratory magnetic field is not of practical use especially if one wants to control several spins individually. The use of micron size magnets has appeared recently as a very fruitful option. A quantum dot coupled to such magnets can keep its atom-like behaviour and at the same time “borrow” some of the internal magnetic field of the magnets, just because the electrons of the dot hybridise with those of the magnet.

We have recently added a new twist in the quantum tool box for single spin manipulation, in the form of a recent theoretical proposal by Dr A Cottet and myself. The very local magnetic field produced by a micromagnet can be made to turn on a very small length scale, simply by designing non-collinear micromagnets. Doing so has allowed us to engineer, in an artificial molecule (two artificial atoms coupled), a controlled coupling between the position of an electron and its spin direction – an artificial spin-orbit interaction. Since the position is easily coupled to light via the electric charge of the electron, this has allowed us to engineer a spin-photon interface with a very large strength. The photons used for probing this interaction were trapped in a photon box, in a cavity quantum electrodynamics setup. The architecture demonstrated is therefore suitable for manipulating, reading out single spins and coupling spins over macroscopic distances. Experiments are now ongoing to explore these possibilities.

The demonstrated artificial spin-orbit interaction could be used in more complex setups, such as those envisioned for engineering Majorana fermions in condensed matter. These elusive particles have the intriguing ability to be their own anti-particle. It has been shown recently that they could be engineered in hybrid nanoscale wires with strong spin–orbit interaction contacted to superconductors, in a magnetic field. We pursue in the CirQys project a new direction that is to replace the spin-orbit interaction and the magnetic field by our newly developed artificial spin orbit interaction which is expected to have the same properties. The photonic cavities may prove to be crucial for probing the particle/anti-particle duality of the Majorana modes. Such hybrid “squared” systems may turn out to be a major setup for quantum nanoelectronics.