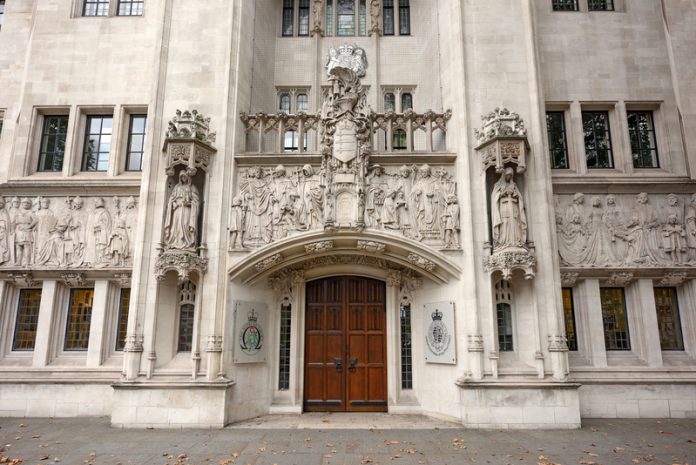 Denise Brewster was refused payments from her long-term partner’s occupational pension when he died suddenly in 2009. Arguing that the case constituted ‘serious discrimination’, she took her claim to the Supreme Court – and won.

Pension schemes, which may have to adapt their rules accordingly, have been watching closely.

“Myself and Lenny both paid into that pension scheme,” Brewster said before the judgment was announced this morning. “We paid into that scheme for years and neither I nor anyone belonging to Lenny’s family were going to be able to avail of that pension fund that we had paid into the pot.”

The lifeguard, from Coleraine in County Londonderry, lived with her late partner Lenny McMullan for 10 years and the couple owned their home together. Just two days after they got engaged in 2009, McMullan died suddenly, aged 43.

If they had been married Brewster would have automatically shared McMullan’s pension, but as co-habiting partners, she was only eligible for survivor’s allowances if nominated on a form. This form had never been completed, although she thought it had.

Brewster argued in court that this system was discriminatory and breached her human rights.

She initially won her case in the High Court in Northern Ireland, but that decision was overturned in the Court of Appeal in Northern Ireland. The case then went to the UK Supreme Court for a final decision, where five justices unanimously ruled in Brewster’s favour this morning, saying that the nomination form was “unlawful discrimination”.

The local government pension scheme in England and Wales has already been changed, but the result could have implications for the rights of many co-habiting couples working in the public sector.

Other schemes could change their rules so unmarried couples automatically benefit from survivor’s pensions without being opted in. They would still have to prove that, they had been together for two years and were financially interdependent, by having a joint bank account, for example.

The judgment points out that the system of nomination forms is less common in private sector schemes, most of which now provide survivors’ benefits for unmarried partners.