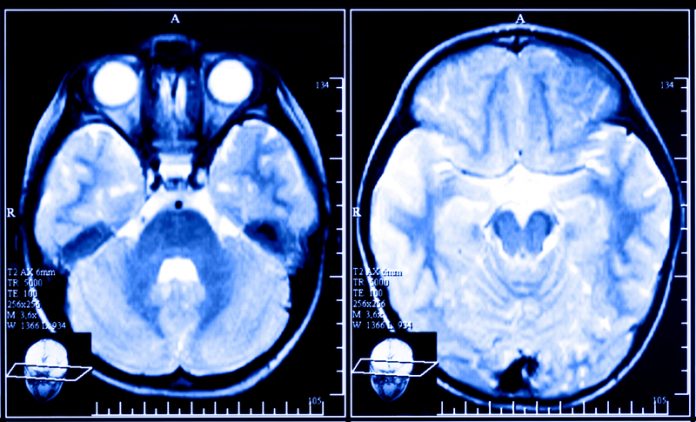 Drs. Elizabeth Theriault, Ramona Hicks and Patrick SF Bellgowan shed light on the burden of traumatic brain injury and the need for better diagnosis and treatment

Given the high socio-economic burden, traumatic brain injury (TBI) has become one of the major priorities in the medical research agendas of many countries1. A recent Canadian study examined the socio-economic burden of 14 neurological conditions, data based on records of hospitalisations, and reported that next to Alzheimer’s and other dementias, TBI is and will continue to be, the second highest neurological condition requiring informal care 2. The indirect costs due to working age disability will be the greatest for TBI of all the conditions studied. In fact, sustaining a TBI has a very large effect on employability as well as on subsequent homelessness: in Canada, 65% of adult homeless have sustained a TBI, in most cases prior to becoming homeless3, findings corroborated in a study conducted in the UK4. Among homeless youth aged 19-24, 49% have suffered a moderate-to-severe TBI, a quarter of them suffer depression and three-quarters are drug-dependent 3. A study of homelessness in Minnesota demonstrated 43% of homeless adolescents had TBI, including an earlier age of homelessness and higher incidence of psychiatric symptoms and poorer Activities of Daily Living (ADL) standards 5.

Although an intensive effort is underway to develop modern diagnostic criteria to index the severity of traumatic brain injuries 6, the clinical standard remains the Glasgow Coma Scale 7, which assesses a patient’s level of consciousness, and employs a mild-moderate-severe classification system. The incidence of moderate to severe TBI can be tracked epidemiologically, however, 80% of TBIs are classified as “mild”, and the associated costs and incidence are more challenging to capture since most cases do not reach the hospital. “Mild” TBI is also commonly referred to as concussion, and while recent media coverage of sports-related concussion has garnered the public’s attention, the vast majority of concussions in North America and Europe (70%) are caused by motor vehicle accidents and falls. At the same time, “mild TBI” is an oxymoron: it is not ‘mild”, rather it is a traumatic injury to the most complex organ in the body: the brain. Critically, in a subset of cases, concussion can also result in “second impact syndrome” and death 8.

An increased understanding of the deleterious long-term cognitive, behavioural, substance use, and mental health effects of repeated head impacts and concussions has been brought to light through recent players’ associations litigations in collision sports such as football and hockey in North America. The proper diagnosis, prognosis and treatment of concussion remain an important research challenge, although there is some recent progress in identifying the 10-15% of children who will go on the have post-concussion syndrome or PCS 9. Currently, there are no scientifically validated treatments for concussion (due in large measure to poor control populations and/or baselines, and poor prognostic indicators), but there are many unproven interventions.

Improve outcomes and lessen the burden

In 2012, in an effort to combine resources and focus on improving outcomes and lessening the global burden of TBI by 2020, the European Union, the United States and Canada formed a pragmatic, cooperative consortium of funding agencies called the International Initiative for TBI Research (InTBIR) 10,11. The 3 founding members, the Health Directorate of the European Union, the National Institutes of Health’s National Institute of Neurological Disorders and Stroke, and the Canadian Institutes of Health Research and other Canadian partners, plus two new members: One Mind for Research (joined in 2015) and the US Department of Defence (joined in 2016), have collectively invested more than $160m USD since InTBIR’s formation. At the fifth annual meeting of InTBIR, held at the Embassy of Canada in Washington, DC October 11-12, 2016, InTBIR working groups, consisting of clinicians and researchers, reported significant progress in the use of Common Data Elements, Comparative Effectiveness Research, and a priori statistical analyses for the understanding and development of TBI-related fluid biomarkers, genetics, imaging, and outcome assessment.

The power of these efforts will be significantly enhanced by this international collaborative in data sharing and advanced analytics, critical for developing a more precise classification system and a personalised medicine approach for TBI. Data sharing will be essential and will accelerate global improvements in outcome by making it possible to compare research findings across multiple health care settings and patients of various ages and ethnicities to determine which treatments are effective and for whom. InTBIR is breaking new ground in identifying resources for data archiving and analytics that adhere to local and international rules and regulations. This is particularly challenging given the various stages of development and evolution of data science policies in various countries. Data curation of highly granular, multimodal data is another essential, and the InTBIR teams of scientists are working to develop quality assurance measures to address this need. A major publication in the Lancet Neurology in the spring of 2017 will address the collective global efforts to date, and a summary report on the fifth Annual Meeting of InTBIR will be available on the InTBIR website in January 2017 (https://intbir.nih.gov).

Never before has there been such a concerted effort to lessen the global burden of TBI, and despite the challenges, InTBIR outperforms expectations and demonstrates the power of international collaboration.