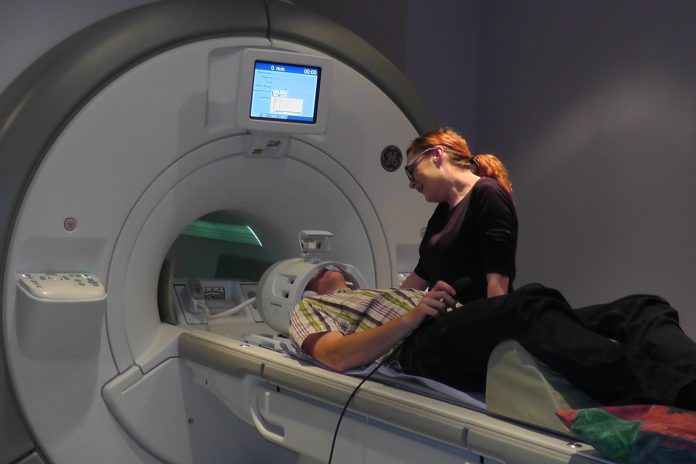 The Epilepsy Society is working to reduce stigma and improve treatments for those living with epilepsy, as Nicola Swanborough explains here

It’s easy to paint a picture of epilepsy in statistics. There are more than half a million people in the UK living with epilepsy and an estimated 50 million with the condition worldwide. Up to 75% of those living in resource-poor countries with little or no access to medical services or treatment.

One in 100 people have epilepsy and 87 people are diagnosed with the condition every day in the UK. Surprisingly, and contrary to public perception, less than 3% of people with epilepsy are photosensitive, where seizures are triggered by flashing lights and sunlight through trees.

Up to 70% of people with epilepsy should have their seizures controlled by medication. The reality is that only 52% in the UK achieve seizure freedom. The 18% treatment gap is thought to be the result of a lack of access to services including neurologists, epilepsy specialist nurses, tertiary specialist referrals and regular reviews. Lack of epilepsy awareness among GPs is also thought to be a contributory factor.

But painting a picture of what it really means to have epilepsy is far more challenging. The condition affects different people in different ways. Epilepsy is the most common serious neurological condition and is defined as a tendency to have seizures that start in the brain. It is not just one condition, but rather a group of ‘epilepsies’. There are more than 40 types of seizure and each can look very different. Some people may go ‘blank’ for a few seconds, others may walk around in a confused state, or they may fall to the ground, unconscious and shaking.

For those who quickly gain seizure control with minimal side effects from medication, their epilepsy may not have too much of an impact on their daily lives. But for those who live with the unpredictability of seizures and who also experience side effects from medication such as tiredness, cognitive impairment and memory loss, the picture can be rather bleak. Just one seizure means you cannot drive. You must rescind your driving licence. This can impact on employment, education, social life, shopping and independence. It can affect a person’s ability to support a family.

In spite of progress in the diagnosis and treatment of epilepsy, we still do not know the exact event that will trigger a seizure in the brain and for people with uncontrolled seizures, this can be core to their quality of life. They live on amber alert, never knowing when the next seizure will happen.

Many with uncontrolled seizures lose confidence in going out, for fear of having a seizure in public, as they cross the road or stand on the platform at the train station. Young people, in particular, tell of being wrongly accused of being drunk when they are staggering around and confused in the post-ictal stage following a seizure.

Epilepsy can mean never being able to have a bath on your own, only being able to swim if you have a friend to accompany you, having to forgo the rites of passage of youth such as late nights, missed meals and drinking.

Achieving seizure control is not easy

Studies have shown that people with uncontrolled seizures are twice as likely to be at risk of unemployment as those without the condition.1 Around 70,000 people with epilepsy claim disability living allowance. The mainstays of treatment for epilepsy are antiepileptic drugs and there are 26 to choose from. Alternative treatments, where applicable, include brain surgery, to remove the focal point of seizure, and vagus nerve stimulation. In some children with epilepsy a high fat, low carbohydrate diet called the ketogenic diet, has been found to be helpful in controlling seizures, and this is now being trialled in some adults.

But people can often go through years of tests and a cocktail of medication before they achieve maximum seizure control with minimum side effects. This has to change. At Epilepsy Society, a focus of our research is to achieve a more individualised approach to both diagnosis and treatment.

For 21 years we have been mapping the brain through magnetic resonance imaging (MRI) and functional MRI. This has enabled us to look deep into the contents of the brain and understand not only its structure but also the eloquent pathways of the brain that are important for critical functions such as language, memory, vision and movement. The knowledge we have acquired has enabled us to pinpoint the focal point of seizures for those with a structural cause and, where possible, to remove the cause, coming as close to a cure for epilepsy as is currently possible. However, this is only a possibility for a few.

Now we are turning our attention to genetic testing and looking at each individual person’s DNA. Genetics can tell us more about epilepsy in a single test than any other source. We are hopeful that genomic sequencing will help us to unravel the genetic architecture of the epilepsies and understand how genetic variations can contribute to different epilepsies. Almost 2,500 years ago, Hippocrates, the father of medicine, was able to describe epilepsy as a disease of the brain rather than as a curse or prophetic power. We have come a long way since then but people still endure ongoing seizures and they still endure stigma. In fact they often say that the stigma of living with epilepsy can be worse than the seizures themselves.

Epilepsy Society marks its 125th anniversary in 2017. We hope to make it a milestone year in improving diagnosis and treatment for everyone with epilepsy, and in tackling the stigma which still hangs stubbornly on to seizures.