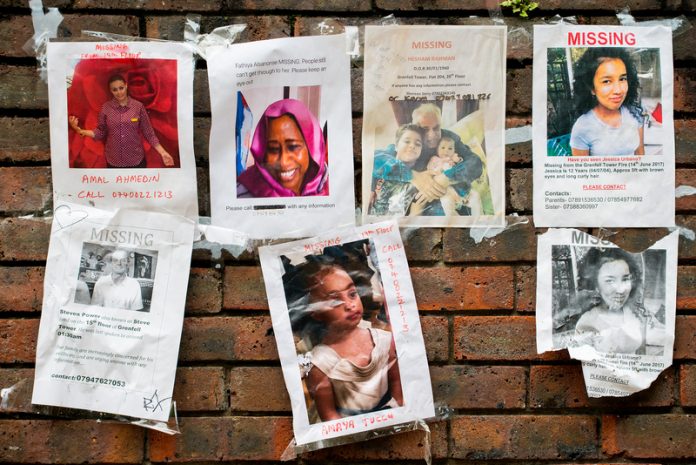 From 12pm today (Thursday 14th June), survivors and relatives will gather at the foot of Grenfell Tower for a minute’s silence to mourn the tragedy that killed 72 people one year ago

Many buildings including Grenfell Tower, other high-rise buildings in the area, 10 Downing Street and the London Fire Brigrade HQ were illuminated green from 1am on Thursday morning to mark the beginning of the remembrance event.

Just before 1am on Thursday morning – the same time that the fire brigade was called to the blaze last year – a somber march reached the tower to place banners, notes and pictures of the many who died to the “wall of truth”, a space that has been dedicated to messages and memorials.

Other events include a 24-hour silent vigil held at St Clement’s Church not far from the tower, that will end at 6pm today. The service was led by the Bishop of Kensington, Graham Tomalin.