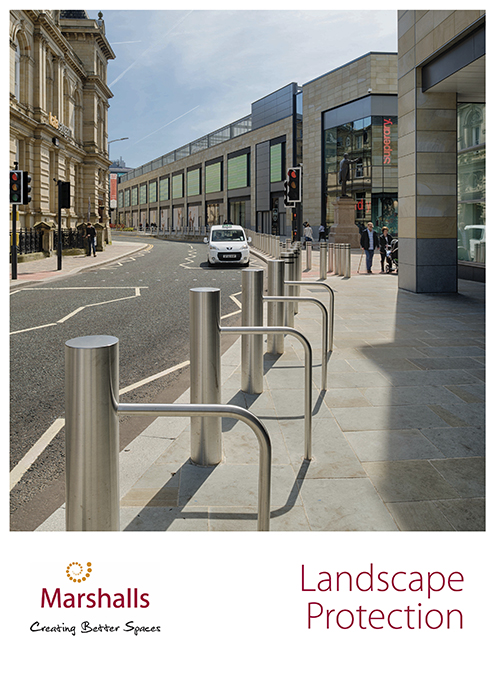 Going into more detail, this in-depth piece from Marshalls PLC underlines the involvement of vehicles in recent atrocities in Europe during the last year – such as in Nice during July, Berlin in December, London in March, and Stockholm in April. “These incidents have tragically highlighted why the deployment of robust physical barriers is a growing priority in public spaces”, we are told.

We also learn that protective design can deter, delay and prevent vehicle collision around accident blackspots. The question of how easily urban planners can find crash-tested street furniture that is not only visually appealing, but also in keeping with the location’s wider architectural style, is explored here.

In addition, Marshalls hopes that architects never need to compromise on aesthetics when designing public spaces. Where once they might have to specify a seat and a bollard – or reluctantly jettison the seat – now they can simply specify a protective seat, such as Marshalls’ Igneo75/40. We also find out that the challenge for manufacturers of street furniture is to equip both architects and specifiers with the means to complement, rather than jarring with an urban landscape’s prevailing style.

In further insight, Marshalls, argues that urban planners must consider a holistic approach that focuses on protection and design to ensure people don’t experience a sense of a continual threat. Also, worth pointing out is that the 2017 EU Terrorism Situation & Trends report, reveals the increase in the number of anti-terror barrier installations around landmarks, key infrastructure and public spaces with high footfall has reflected the sharp rise in vehicle attacks.

This detailed opinion piece also tells us that urban designers should look to adopt a holistic approach, to ensure that protection is integrated in a manner that doesn’t change how people feel about and use their town or city centres. Aesthetically focused perimeter protection has increased, which is in marked contrast to ugly barriers going up around tourist sites, the author explains.

In closing, we discover that protecting public spaces concerns a complex balance between making people feel safe and like they’re not living in a controlled environment, so it’s vital that future risk assessments on infrastructure and public spaces focus on aesthetics, keeping protective measures both out of sight and out of mind.