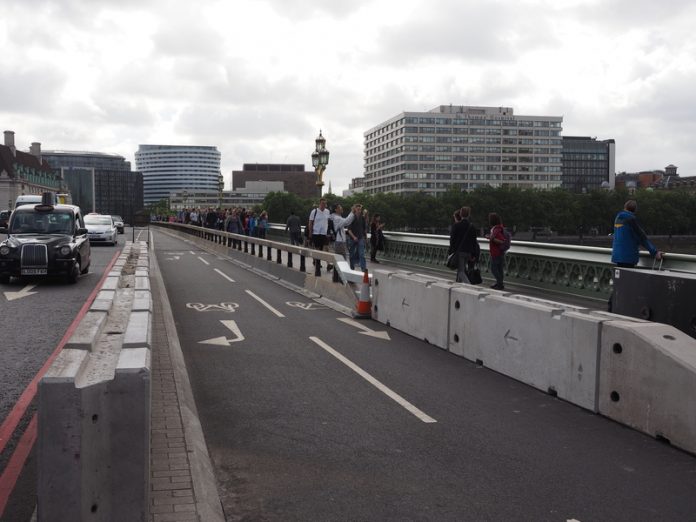 The Centre for the Protection of National Infrastructure (CPNI), the UK government authority for protective security advice to the UK’s national infrastructure, is placed under the spotlight by Open Access Government

The Centre for the Protection of National Infrastructure, (CPNI), is the government authority for protective security advice for the UK’s national infrastructure. Their primary role is to protect national security through means of helping to reduce the vulnerability of the national infrastructure from terrorism and other threats. As well as obvious areas of critical danger, less urgent but still vulnerable assets and events such as high-profile landmarks or iconic targets are also protected by the CPNI indirectly, through advice and damage protection. The CPNI is impacted by a range of government policies such as the National Security Strategy (NSS), the National Risk Register and the Counter-terrorism strategy (CONTEST).

CONTEST aims to reduce risks of international terrorism, allowing individuals and businesses to continue with ease. This strategy is divided into four principal strands: Prevent, Pursue, Protect and Prepare. The CPNI’s work falls within the ‘Protect’ strand, which is concerned with reducing the vulnerability of the UK and UK interests overseas to a terrorist attack. CPNI’s protection work covers facilities, sites, information, people, systems, network and processes under the blanket of “infrastructure”. Everything upon which daily life depends on and requires protection due to the potential danger of UK citizens is included in National Infrastructure, yet all is not “critical”.

The UK government’s official definition of their focal points in this area – the CNI (critical national infrastructure) is: ‘Those critical elements of national infrastructure, the loss or compromise of which would result in major detrimental impact on the availability, delivery or integrity of essential services, leading to severe economic or social consequences or to loss of life.’

Naturally, the CPNI works with a variety of partners to both identify risks and reduce the vulnerability of these 13 areas. CNI’s are a focal point and as such, key partners include government departments, businesses and organisations with those sectors that own or operate a CNI; and other security specialists, including the police. Government partnerships feature most heavily, as the CNI protection sits under the Cabinet Office, enabling a strategic approach. However, the Home Office has Ministerial responsibility for countering terrorism in the UK. The Office for Security and Counter-Terrorism (OSCT) in the Home Office oversees and manages the government’s CONTEST strategy and programme plan.

According to the Home Office, the threat from terrorism is changing and therefore so must the responses. This is one of the primary reasons the Home Office are taking the time to review the already established counter-terrorism strategy and powers and why they have taken certain measures, such as implementing extra resources into counter-terrorism.

Furthermore, work to improve protection in public places continues, which includes increased physical security measures at locations such as bridges and city centres. September 2017 marked Home Secretary, Amber Rudd’s announcement of an extra £24 million of funding to be pumped into counter-terrorism policing in the wake of that year’s terror attacks. The new funding will be used to help bolster protective security measures in crowded places. This will include helping to protect the public from the specific threat of vehicles being used as weapons. Despite this, it is evident that it is vital between striking the balance between taking as many precautions as possible, but also making it clear to the public that they should not be afraid to go about their daily lives. Alert, but not alarmed, is the message that the UK government aims to broadcast.

In addition, in July, the UK’s Security Minister announced a new fund of up to £2 million, to be made available for new, cutting-edge research to improve both the surveillance and detection of potential threats in crowds. The Home Office also states that all police forces have access to the National Barrier Asset (NBA), which is a central resource of temporary Hostile vehicle mitigation (HVM) barriers, gates and fences that provide protection against vehicle-based attacks, like those seen in Nice, Berlin, Stockholm, London and Barcelona.

This work is produced to build on the UK government’s long-standing work programme providing owners and operators of crowded places with high-quality advice and guidance, to understand the terrorist threat and to enable appropriate measures to be taken to reduce their vulnerability to and prepare for a terrorist attack. Specialist advice for companies operating in crowded places, split into different sectors such as major events, sports stadia, visitor attractions, bars, theatres and shopping centres, have also been refreshed.

The UK’s Home Secretary Amber Rudd stated: “The threat we face from terrorism is becoming more complex and diverse. That is why we are reviewing our counter-terrorism strategy to ensure the authorities have the powers they need to halt terrorist activity”.

As we can see the future marks forward-thinking initiatives and plans from the Home Office, who have proposed that £144 million will be provided over the next five years for a national uplift in UK armed policing capability to respond more quickly and effectively to an attack. This means that the number of armed police will increase by more than 1,000 over the next two years, additional round-the-clock specialist teams are being set up outside London and 41 additional police armed response vehicles will be on our streets.

The first and foremost phase of the armed uplift is complete, with some additional 41-armed response vehicles, as well as around 650-armed officers. The next phase will mark a dramatic increase in counter-terrorism specialist firearms officers and will be expected completion in 2018. Measures are being taken as a response to recent changes in terrorism threats and working with the CPNI, they hope to reduce such threats throughout the UK where the need is.