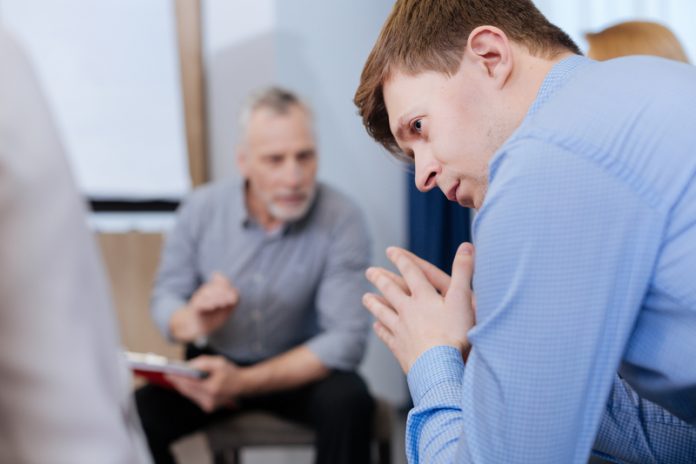 The research from Mind, which surveyed of 15,000 employees across 30 organisations found that 1,763 of those employees had poor mental health.

Compared to women, a third of men attributed poor mental health to their job, with only 14% stating that the source was outside work.

Women, on the other hand, say that their job and problems outside of work are equal contributing factors.

The survey found that 1 in 5 women suffer from work-related mental health problems, the same as those who say the problems outside of work is to blame (19%).

Previous research by Mind suggested that men often try to find ways of dealing with their problems independently, rather than reaching out and sharing their problems.

The current survey was released as Mind urges employers to sign up to the Workplace Wellbeing Index 2017/18.

The Index is a benchmark of best policy and practice when it comes to staff mental health, designed to celebrate the good work employers are doing to promote and support positive mental health.

The survey also found that 38% of women felt that the culture within their organisation makes it impossible to speak openly about their mental health problems.

It also revealed that men are less likely to seek help and take time off compared to women.

The findings also revealed that:

Emma Mamo, Head of Workplace Wellbeing at Mind, said: “Our research shows that work is the main factor causing men poor mental health, above problems outside work. Many men work in industries where a macho culture prevails or where a competitive environment may exist, which prevents them from feeling able to be open.”

“Mind’s Workplace Wellbeing Index is a great opportunity for companies to examine their management practices, policies and assess how effective their mental health support and initiatives are,” said Mamo.

“It also gives us an insight into key trends happening within the workplace and address these on a larger scale.”