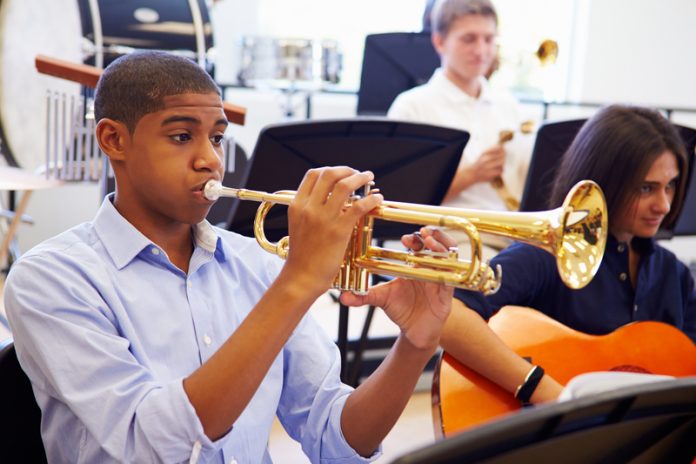 The Department for Education believes “hundreds of thousands of young people from all backgrounds” will benefit from a multi-million pound music and arts investment announced today. The funding will go towards “potentially life changing” cultural activities, the Schools Minister Nick Gibb said.

Over the next four years, £300 million – of which £75 million has already been announced for this year – will be provided to a network of 121 music education hubs to get more young people taking part in music and arts. It builds on the £271 million that has been invested in music hubs between 2012 and 2016.

Music education hubs are local partnerships involving schools, local authorities and arts organisations, which help ensure that many thousands of 5- to 18-year-olds have access to musical opportunities such as playing an instrument, singing in a choir or joining a band. The additional funding announced today should help them reach even more pupils.

“Music and the arts can transform lives and introduce young people to a huge range of opportunities – whether that is learning to play a musical instrument, understanding local heritage or attending a world-famous dance school,” said School Standards Minister Nick Gibb.

“We’re investing more than £300 million over the next four years so that those opportunities are open to all, not just the privileged few.”

To this end, the investment is also intended to help young people from lower income families access music and arts. The Music and Dance scheme, for example, provides grants to talented young artists who could not otherwise afford to attend world-class institutions like the Royal Ballet School. It will receive an additional £29 million per year until 2018.

A further £4.1 million a year until 2018 will be shared between six cultural education programmes covering heritage, dance, art and design, film and museums. These include Historic England’s Heritage Schools programme, which aims to ensure school children develop an understanding of their local heritage, as it expands into Blackpool next year.

Alongside this, further funding for a series of other arts and cultural education programmes has also been confirmed: