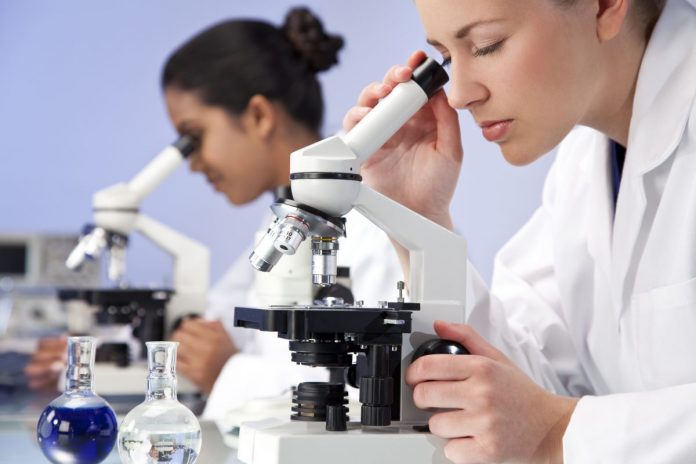 Niamh Lyons, Interim Director of communications, Education and Public Engagement at Science Foundation Ireland highlights the importance of STEM in Ireland, and how the funding agency is supporting projects in this arena

A St. Patrick’s Day card I received this year told that the Intel Quark chip which is powering the internet of things around the world is proudly marked ‘Designed in Ireland’. The card also extolled the engineers and scientists working in Ireland who are responsible for the production of 80% of the world’s life-saving stents and 33% of the global requirement for contact lenses. Only days before a local supermarket sent a brochure of great things to do during Easter school holidays with a full two page spread dedicated to science experiments to explore at home. There is a sense that the true importance and relevance of science, technology and engineering in our lives is bubbling up amongst the Irish public to take its place in our culture alongside our recognised ability as writers, poets and artists. With the #ScienceRising campaign, Science Foundation Ireland aims to build on this emerging pride and motivate industry, the public and policymakers to celebrate our innovators, discoverers, inventors, scientists, coders, engineers and entrepreneurs.

To stand proud of past achievements and confident of the future potential and it couldn’t be more important than now to do this.

The world population is estimated to grow to 8 billion people by 2020. Experts are predicting that existing land used for food production will need to increase yield by 70% by 2050; challenging when more people will live on what land we have and climates change. Solutions from how we feed this population to ensuring our ageing population enjoy good quality of life to protecting and using the information and data we produce as citizens every minute of the day rely heavily on the public engaging, debating and developing skills in the areas of science and technology. In January 2016 the National Skills Strategy for Ireland identified that leading employment sectors in Ireland will need to fill over 200,000 jobs by 2020.

Over 70% of these jobs will be filled by those with backgrounds and qualifications in science, technology, engineering and maths, widely known as STEM. As the national funding agency for research in these areas Science Foundation Ireland is committed to achieving the most engaged and scientifically informed public in Ireland. What does this mean to the agency? An engaged public understands the role of science in our society; it can debate on competing priorities and arguments; it encourages our young people to be curious and confident to study STEM; and it feels engaged with, and has an influence upon, research.

We are all shaped by the environment we grow up in. Research has shown that people are more likely to go on to study in STEM if they have grown up with families and friends who actively embrace science as part of normal life. These families view is that science is for everybody and not just for the elite. With such skills needs facing the Irish economy, it is important to create a science culture where people value the underpinning role of science and technology in their lives and how it addresses the economic, social and environmental challenges we face as a society.

In 2015 the Science in Ireland Barometer research was commissioned by Science Foundation Ireland. The research sought to examine the Irish public’s awareness and value of STEM in our society. Amongst the results, the barometer found that 1 in 2 people in Ireland feel informed in science and technology but 71% feel that these areas are often too specialised to understand. These findings have informed national targets set out in the national science strategy, Innovation 2020, and the National Skills Strategy 2025. The barometer also identified particular groups within Irish society that are more disconnected from science such as those from socially or economically disadvantaged backgrounds and in particular those aged 30-55 and women. These findings, which are reflective of similar research throughout the western world, have directly informed the Science Foundation Ireland approach to engaging the public.

Through its education and public engagement programme Science Foundation Ireland aims to build public confidence and pride in Ireland’s STEM achievements to date and our future potential. The diversity of projects supported through the programme ensures that there is an offering for a wide cross section of society. Some of the projects are large scale, one off type events like festivals and others are deeper engagements such as mentor projects, teacher supports or developing coding skills. In 2015, Science Foundation Ireland directly managed initiatives such as Science Week and Smart Futures, a careers role model programme. It also supported the wider research community to engage with the public and through its Discover funding call funded 54 new projects with a direct audience reach of over 4.6 million people. In 2016 a further 42 initiatives have been supported through the call to reach over 3.6 million people by the end of 2017.

Since 2015 Science Foundation Ireland entered a joint agreement with the national broadcaster RTÉ to catalyse an increase in science related programming. The objectives of the agreement are to encourage the broader public, who normally don’t engage in typical science or technology programming, to tune in. At the same time the Discover funding call invited broadcast proposals from other national broadcasters, film makers and animators. This strategic approach has resulted in Science Foundation Ireland supporting projects such as a big-event live programme on technology in our rural lives, a comedy panel series, documentary film making, a travel series, and a science in sport programme. Brain Freeze, co-supported by Science Foundation Ireland, CBBC and RTÉ, picked up the Kid’s Choice Award for Best Animated Series at the Irish Animation Awards.

Science Foundation Ireland has concentrated on building networks and shared knowledge of practice amongst the public engagement community. The agency will commission a further Science in Ireland barometer in 2 to 3 year cycles to measure the impact of this engagement portfolio with the aim of a noted improvement on the attitudes of the Irish public to science, technology and engineering in our lives.