Asthma is still defined as chronic inflammation of the airways and its prevalence has increased worldwide over the last few decades. The EU Symposium on the Awareness of Allergy (2016) stated: ‘Chronic airway diseases are a major and growing health problem in Europe’ (Muraro 2017), and in the same year the World Health Organisation announced that the worldwide increase of asthma is linked to air pollution

Asthma patient’s symptoms can include chest tightness, shortness of breath, and coughing which can be caused by: inhaled pollen, dust or dandruff, skin, hair, metal, wood, stone, flour, or volatile chemicals leading to allergic asthma reaction. In addition, an asthma attack can be triggered by psychological or physical stress, sudden changes in temperature, humidity, or air pressure. The underlying mechanism is not well investigated or understood.

Most text books, and the research guidelines of the European Respiratory Society on Asthma are still focused on the allergic aspect and inflammation, ignoring the fact that tissue remodelling occurs within days in the airways of most asthma patients. None of the available asthma drugs shows significant reducing effects on airway wall remodelling, while they can well control inflammation. Bronchial thermoplasty, which is used for severe or difficult to control asthma, is the only asthma therapy which can lastingly reduce airway wall remodelling through a cell type specific reduction of airway smooth muscle cells. The majority of patients can reduce their inhaled steroids, have fewer hospitalisations, and are symptom-free over long periods. The mechanism of action of thermoplasty must be more than burning cells, as this effect is restricted to smooth muscle but not to epithelial cells, and its beneficial effect is lasting.

Contrary to the long-held hypothesis, airway wall remodelling does not result from chronic inflammation, but can be induced within a few days (Grainge 2011, Ijpma 2017, Rao 2017). The increase of the epithelial cell layer thickness and the formation of smooth muscle cell spiral-like structures around the airways were first documented in rhesus monkeys and have now been demonstrated to exist in humans. A spiral-like muscle arrangement will constrict more forcefully than normal muscle bundles, which are arranged without any specific pattern, and limit air flow in the bronchi. These results, combined with new studies in childhood asthma, indicate that airway wall remodelling is independent of inflammation, but may lead to inflammation. Furthermore, we and others have shown that smooth muscle cells of asthma patients release more pro-inflammatory cytokines attracting mast cells, macrophages, eosinophils and neutro­phils to infiltrate the airways and exacerbate inflammation.

It is indicated that airway wall remodelling is caused by the loss of communication between epithelial cells, fibroblasts and smooth muscle cells in the airway wall, which was first described by Davies and Holgate (2002). Today, we are still far from understanding how the integrity of this network is maintained and how the cell types affect each other in the healthy airway. Thus, we do not understand what goes wrong in the asthmatic airway. Airway wall remodelling in asthma consists of several independent events including: the loss of epithelium integrity; thickening of the basement membrane; increased sub-epithelial extracellular matrix deposition; modified extracellular matrix composition; an increase of sub-epithelial cell layer vascularisation; sub-epithelial fibrosis; increased smooth muscle mass.

The available literature neither allows us to conclude which event occurs first nor which event leads to another. Unfortunately, except in rhesus monkeys, none of the animal models can simulate human asthma adequately. As a result, experimental therapies that work in animals often fail to achieve the expected result in humans.

Based on studies performed in isolated primary human airway cells obtained from patients with chronic inflammatory lung diseases, we provided novel aspects to explain the asthma specific pathogenesis and the beneficial mechanisms of drugs. These findings explained the molecular mechanism of the beneficial combination of inhaled steroids with long acting β2-agnonists, which is to synchronise transcription factor activity leading to improved anti-inflammatory and anti-proliferative action. However, in asthma this anti-proliferative action of the drugs is not effective due to the lack of a protein needed for smooth muscle differentiation and function. The lack of protein was due to reduced protein production, but not to low gene expression; this was the first hint that epi-genetic events are relevant to the pathogenesis of asthma. Most importantly, the production of this protein (C/EBP-alpha) could be reduced by well-known asthma triggers including house dust mites, cigarette smoke and IgE; thus, providing a novel mechanism leading to asthma associated airway wall remodelling.

Together with our colleagues from the Jiaotong University in Xi’an (PR China), we observed that another enzyme, PRMT1, was constitutively up-regulated in asthmatic airway smooth muscle cells and fibroblasts due to the lack of microRNA 19a. The compensation of low microRNA 19a reduced Erk1/2 signalling and PRMT1 expression and thereby adjusted pathologic cell proliferation, extracellular matrix deposition and mitochondria mass in asthmatic human airway wall cells. In theory, small peptide drugs could be used to compensate the deregulation of signalling and PRMT1 expression, but as these target cells are located behind the layer of epithelial cells, the delivery of such drugs presents a problem.

In conclusion, there is a list of new therapeutic targets for asthma: (i) specific pro-inflammatory elements of the extracellular matrix such as collagen type I or fibronectin, (ii) semaphorins which communicate between cell types, (iii) cell membrane bound glycosaminoglycans, which regulate cell-cell communication and receptor function, (iv) specific microRNAs which are over- or under-expressed in asthma, (v) protein methylating proteins such as PRMTs, and (vi) protein acetylating proteins such as histone acetylases. However, these new targets for asthma therapy are not being followed up and investigated as airway wall remodelling is still recognised as causative and the chance of securing research funding for such studies is minimal. Most of these new targets affect both inflammation and on remodelling; thus, they present the basis for finding new asthma therapies. However, the funding for these new targets is limited as described above.

Exploring the importance of language in social work

Impacts of COVID-19 on the fashion industry 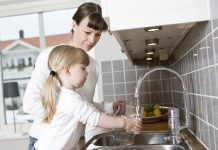 WHO report on microplastics in drinking-water 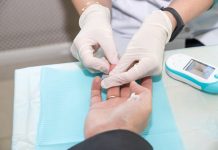