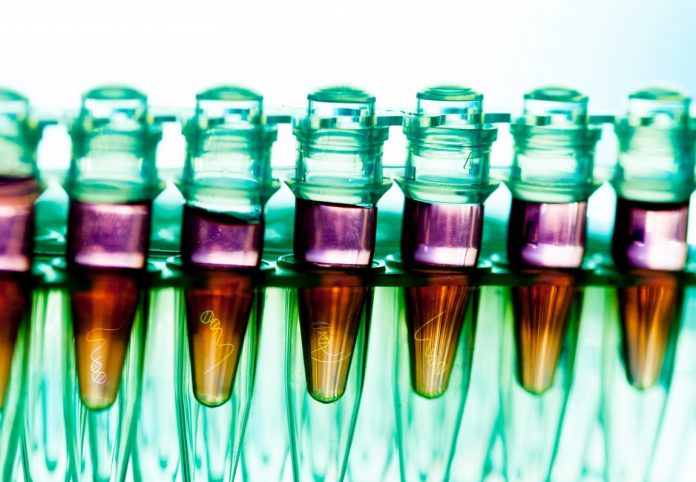 DNA is the hereditary code that is passed on from parents to their children. Every cell inside our body has the same code that contains the blueprint of life. If errors accumulate in the DNA of a given cell, it may lead to uncontrolled cellular growth and the formation of a tumor. During the act of reading the instructions coded in DNA, another chemical substance is produced in the cell, namely RNA. Until recently, these RNA molecules were thought to be translated into proteins, the building blocks of cells and our body. However, an entirely new class of RNA has emerged, outnumbering the classic RNA molecules that give rise to proteins. These new so-called long non-coding RNAs (lncRNAs) are not translated into proteins but still have crucial functions in health and disease, including cancer. Many of these lncRNAs are active in only very specific cell types or under very specific conditions; as such, they offer great untapped potential for developing innovative diagnostic and therapeutic applications.

Thanks to several decades of research, we have acquired a better understanding of cancer and have access to a wide variety of therapeutic strategies to help patients. While survival rates have increased substantially over the years, several challenges remain in the field of oncology. First, we need better laboratory tests for early diagnosis, monitoring of treatment effectivity, and early detection if cancer comes back. Secondly, we need more effective and less toxic treatments that result in long term cures. Many conventional anti-cancer therapies do not only attack tumor cells, but also harm normal cells giving all kinds of short and long term side effects. One promising class of new medicines are targeted therapies that selectively kill cancer cells that carry a particular error in their genetic code. While great progress has been made, the number of such drugs is still small and their use almost invariably leads to rapid development of resistance against this targeted therapy. We thus need therapeutic strategies that combine several of these drugs at the same time, acting synergistically allowing lower doses and avoiding resistance and relapse. A third and final challenge is the development of lab tests that help decide which patient should get what targeted therapy, so that the right patient gets the right drug, immediately and effectively.

RNA targeting therapies on the rise

RNA in general and lncRNAs in particular can be exploited to address the aforementioned challenges. Disease causing RNAs can be therapeutically targeted by 2 drug technologies acting inside the cancer cell. RNA interference (RNAi) technology using short RNA molecules and antisense technology using short DNA molecules can both selectively degrade the target RNA. Antisense in general has some advantages because naked delivery of the compound is possible (i.e. the drug does not need special formulation) and works effectively for long non-coding RNAs that are only active in the cancer cell’s nucleus. Novel chemical modifications are under development that target the antisense DNA molecule to particular organs. Some 50 companies have RNAi or antisense therapies in clinical development. Of 12 companies with products on the market or in clinical phase III testing, Ionis Pharmaceuticals and Alnylam are most active in the development of RNA targeting therapies.

The key advantage of targeting RNA is that it allows rational drug design, meaning that compounds can be designed, synthesized and tested for the effectiveness of degrading the target RNA. Inherently, this leads to shorter drug development timelines; furthermore, the mode of action of these medicines is relatively well understood. And when targeting e.g. lncRNAs that are exclusively active in a particular cancer type, the RNA can be used to develop a so-called companion diagnostic test to select patients that will likely benefit from this novel therapy. In addition, measuring the target RNA levels provides a direct read-out for treatment response (when the tumor disappears, so will the RNA), and for occurrence of relapsed disease (when the tumor grows back, so will the RNA be detectable). Of particular interest is the recent finding that many of these specific lncRNA molecules are not only active in the cancer cell, but also circulate in the blood because of leaky tumors. One could thus take full advantage of so-called liquid biopsy lab tests, which are patient-friendly tests (as no surgery is required) in which blood is drawn for RNA quantification. At each patient visit during treatment and follow-up, blood can be drawn for straightforward and effective monitoring.

Biogazelle has been a pioneer in long non-coding RNA research in cancer and has developed several tools to measure their activity levels in diseased and healthy tissues as well as blood derived plasma. We and our customers also have access to a proprietary database, named LNCarta, that contains predicted functions for several thousands of these novel lncRNA genes. Combining this functional information with integrated genetic data sets from public and internal sources allows us to dramatically reduce the time required to prioritise therapeutic targets in cancer. Our in-house high-throughput screening platform subsequently employs antisense-mediated knockdown to functionally validate the therapeutic potential of prioritised lncRNA targets.

A recent paper in Nature elegantly demonstrated the therapeutic potential of targeting lncRNA with antisense molecules for the treatment of melanoma. Fundamental research on the characteristics of lncRNAs led to the identification of this target. At Biogazelle, we systematically screen for targets with properties that lie at the basis of this successful proof of concept. In a research collaboration with Ionis Pharmaceuticals, we are currently performing early stage validation of a series of lncRNAs as targets for the treatment of lung, liver and colon cancer. We truly believe that rationally designed therapeutic strategies targeting specific disease associated long non-coding RNAs is a promising avenue to reach the goal of precision oncology to bring more effective and less toxic treatment to the right patient.