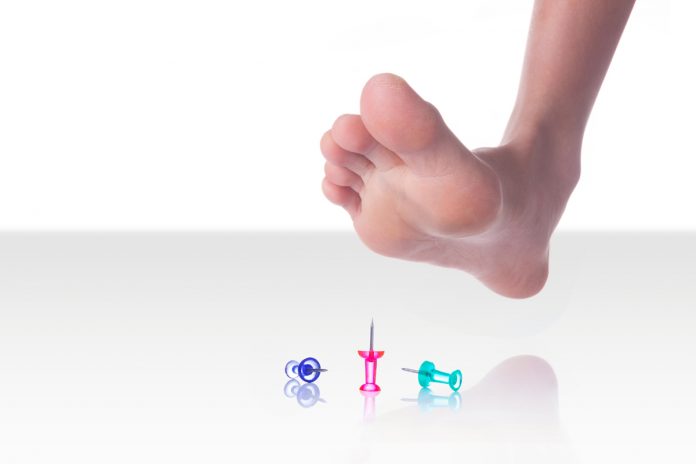 Novaremed’s Dr Eli Kaplan shares research on NRD.E1 and explains how it can help to treat diabetic related neuropathic pain

Founded in 2008, Novaremed is an Israeli pharmaceutical company developing a pipeline of compounds for the treatment of various diseases. At the top of the list is NRD.E1, the proposed treatment for neuropathic pain: A first in class, an efficacious and safe remedy which has a unique mechanism of action.

The company is headed by Dr. Eli Kaplan, and supported by a staff with vast professional expertise.

There are 2 types of pain: Chronic and acute. Chronic pain can also be divided into 2 types: Nociceptive and Neuropathic, depending on the body organ affected. Nociceptive Pain comes from damage to the body tissues to muscles, joints and bones, whereas Neuropathic Pain is a continuous pain resulting from damage to the nervous system. The specific cause of Neuropathic Pain is often difficult to classify and treat, such as back pain, peripheral neuropathy associated with diabetes, shingles etc.

Neuropathic Pain, is a significant global health issue and a growing medical challenge as a consequence of aging population, rising incidences of diabetes and shingles, the treatment for which presents a significant unmet need. In the US, an estimated 100 million people have experienced at least one chronic pain episode in the last 12 months. This results in an annual cost of around $600 billion in medical treatment and lost productivity.

Numbers show that in 2008 there were between 9 and 16 million sufferers in the US and Western Europe, expected to increase to between 16 and 22 million by 2018, totalling an expected market size of between 7 and 10 billion US dollars.

“Moderate-to-severe pain has been and continues to be dominated by opioids, which are increasingly being reformulated to offer abuse-resistance, whereas mild pain is effectively treated with non-steroidal anti-inflammatory drugs (NSAID). However, significant unmet needs remain, as chronic pain subtypes – and particularly neuropathic pain – do not respond well to existing therapies:

“The drugs that are available today in the market have not been developed specifically for neuropathic pain and their effect on them has been discovered by chance,” says Kaplan, “but because they work on the central nervous system, they have so many side effects that many patients avoid them and prefer to suffer the pain”.

Neuropathic pain is caused by damage to the nervous system. 15% of people with diabetes develop neuropathic pain over the years due to poor blood supply, which causes nerves to continue to transmit pain to the brain via an intracellular enzyme.

Once this enzyme was found, the pathway to developing the drug in question was paved: the molecule Kaplan discovered – NRD.E1 – inhibits the enzyme, thus preventing the feeling of pain from reaching the brain.

In June 2016, the Company completed successfully the Phase IIa study. The main objectives were to assess the safety and tolerability of NRD.E1 as well as finding the effective dose. The study was conducted in Israel at 10 sites (both medical and health care centres). 88 diabetic patients with chronic neuropathic pain were randomly recruited into four treatment groups: low dose (10 mg / day), medium dose (40 mg / day), high dose (150 mg / day) and placebo treatment.

At the end of 3 weeks of treatment, NRD.E1 moderate-dose (40 mg/day) showed clear preference over the other groups:

As all secondary study endpoints showed the same trend of improvement as the primary end point indicating positive totality of the data – we concluded that the dose of 40 mg/day is the best choice for further development of NRD.E1 as a drug candidate for the treatment of Diabetes Related Neuropathic Pain.

Currently – Novaremed is planning its Phase IIb study in which the effect of NRD.E1 will be tested on 3 treatment groups, (2 doses of NRD.E1 vs. Placebo), app. 100 Diabetic patients with related neuropathic pain per group.

Novaremed’s discovery is a medical breakthrough that, if proved to be effective, has the potential to bring relief to a large population suffering from a problem that has not yet been adequately addressed.