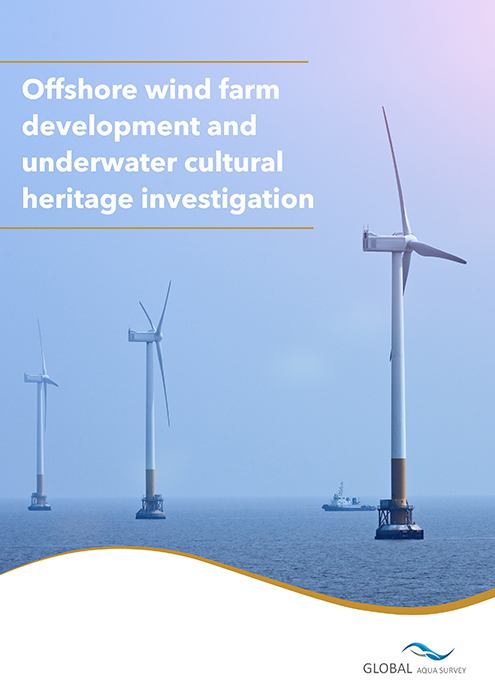 By 2025, the Taiwanese government wants to enable over 1,000 wind turbines. Did you know that Taiwan owns 16 of the top 20 places for wind energy in the world?

This ambitious, climate-focused direction means that Taiwan need to do extensive engineering development on the seabed for their offshore wind farm development. A windfarm off the coast of Miaoli was completed in October 2019 and has the capacity to power “128,000 households” for one year – and that is one windfarm, 20 fans.

Have you ever thought about what secrets of history and culture are lost in the seabed?

The United Nations created the 1982 Convention on the Law of the Sea (UNCLOS). UNCLOS wants each State should protect the potential historical and cultural treasures in their surrounding oceans.

This led to Taiwan announcing their own legislation, the Convention on the Protection of Underwater Cultural Heritage (UCH) in December 2015 – in preparation for their further offshore wind farm development.

Professor Song explains how the National Taiwan University are conducting a government mandated UCH survey of the waters. Through side-scan sonar and multi-beam sounding surveys, they are essentially looking under the sea with invaluable clarity, to understand where to build and what to protect.

The hydrological data created will give marine researchers and government officials timeless opportunities, like unearthing lost history and creating green energy. To really understand these issues and the technique behind this data-gathering, read what Gwo-Shyh Song has to say.