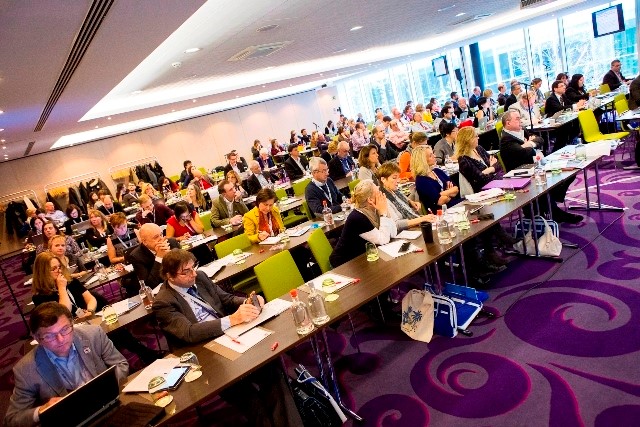 SIOPE asks why therapies made available for adults are not extended to children with cancer, and why paediatric oncology drug development is lagging behind

Thanks to the increasing introduction of molecular targeting and personalised medicine strategies, innovative medicines and treatments are nowadays available for adults with cancer. Widespread access to these therapies could also treat children and adolescents diagnosed with this disease, and even reduce the long-term side effects of current treatments.

However, despite the potential of these therapies to target paediatric malignancies, innovation in the research and development of new cancer medicines for children and adolescents has not been sufficient. Today, fewer than 1 in 10 children in relapse with a terminal cancer have access to these therapies. At the same time, cancer is still the leading cause of death by disease among children over 1 year of age, with 6,000 young people dying of cancer every year in Europe. Why is it that children do not have access to these innovative therapies?

During these years, pharmaceutical companies made insufficient efforts to investigate and develop drugs for the paediatric population, and oncology drug development is still mainly driven by the adult cancer “market”. More specifically, companies often obtained waivers from the obligation to investigate the potential benefit of a drug in a child, if the cancer for which the drug was originally developed in adults does not exist in children. In practice, however, such drugs can still be used to treat other childhood cancer types (for example, a new drug for adult lung cancer can benefit children with neuroblastoma).

Significant changes and meaningful incentives are therefore urgently needed to give children and adolescents suffering from this disease better chances to survive and thrive. Interestingly, the past 10 years were also marked by a close interaction between all the stakeholders who wanted to improve the regulation in this direction: Academic researchers and healthcare professionals; pharmaceutical representatives; officers from the drug regulatory agencies in Europe; and patient/parent advocates.

In December 2013 SIOPE, Innovative Therapies for Children with Cancer (ITCC) and the Cancer Drug Development Forum (CDDF) launched the multi-stakeholder platform ‘ACCELERATE – Innovation for Children with Cancer’, to facilitate a sustained interaction and support the stakeholders’ joint efforts to analyse the current situation, identify bottlenecks and design solutions to improve new oncology drug development for children and adolescents.

Improvements to the EU regulation on paediatric medicines

After an intensive advocacy campaign, on 15 December 2016 SIOPE, together with the ACCELERATE partners and Cancer Research UK, welcomed the adoption of a new European Parliament resolution seeking to improve the current EU Regulation on Paediatric Medicines. This resolution aims to limit waivers to the obligation to investigate drugs for children and calls upon the European Commission to modernise the current legislation and facilitate a rapid and better prioritised development of innovative therapies, ensuring that it goes as far as it can for children with cancer across Europe. All these recent developments, as well as the next steps to be taken will be discussed at the upcoming ACCELERATE Paediatric Oncology Conference, which will take place on 2-3 March 2017 in Brussels.

Formerly known as the CDDF-ITCC-SIOPE Paediatric Conference, it represents the occasion for high-level experts to reflect upon successes and failures in paediatric development, share new initiatives in clinical development, discuss proposals on how to accelerate paediatric oncology drug development, and comprehensively review the 10 year report on EU Paediatric Regulation. Everyone with a sheer interest in this topic is very welcome to attend this event, which will potentially make a breakthrough in public awareness on this important issue.