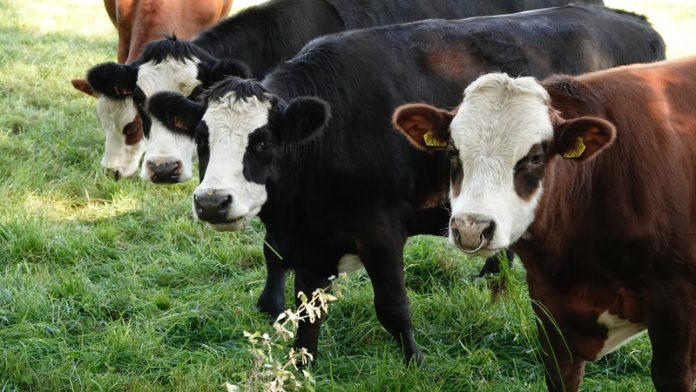 A number of experimental techniques have been developed in the Kielanowski Institute of Animal Physiology and Nutrition in Jablonna (Poland) that make it possible to conduct experiments in vivo at the level of the central nervous system (CNS). The stereotactic equipment conforming to the atlases of the rat and sheep brains enables precise implantation of cannulas into the brain ventricles or chosen hypothalamic nuclei. Currently conducted studies address a wide range of topics especially related to different hypothalamic-pituitary axes.

One of the investigations is focusing on the relationship between the functional state of GnRH neurons in the hypothalamus and the expression of genes in gonadotrophs in the anterior lobe of the pituitary gland. The analysis is based on changes in the activity of intracellular systems responsible for regulating the expression of genes determining the activity of promoters of gonadotropin subunits and of the gonadotrope GnRH receptor gene.

A further area of study deals with the characteristics of the Cu-GnRH complex activity. This unique analogue of GnRH is characterised by specific parameters of intracellular activity, including increased resistance to enzymatic degradation, as well as the ability to activate different signalling pathways in pituitary gonadotrophs.

Due to the potential use of the Cu-GnRH complex in the treatment of GnRHgonadotropin dysfunctions, it is particularly important to conduct a comprehensive study of this molecule’s activity in gonadotrophs.

Other research addresses the effect of immunological stress caused by bacterial and viral infections on the function of the GnRH/LH gonadotrope axis. Consequences of the stress of this type include disorders of the ovulatory cycle or even complete infertility. The focus of these studies is the elucidation of the interactions between the reproductive and immune systems, which are specific for each level of the hypothalamus-pituitary-gonadal axis.

The results of these studies suggest that the hypothalamus – a structure integrating the functioning of the nervous, hormonal and immune system – plays a key role in the inhibitory action of immunological stress on reproductive function. During inflammation, various mediators like interleukins and cytokines are activated in the CNS. These factors evoke changes in the secretion of GnRH/LH either directly via their own receptors or indirectly through intermediate regulatory neurons.

Another investigation studies the central mechanisms regulating the secretory activity of the pituitary during lactation. The development of the maternal behaviour, production and secretion of milk, reduction of responsiveness to stress, and the inhibition of reproductive activity are some of the hormonally regulated aspects of the adaptation of a lactating female. Our key achievement in understanding the regulation of these processes was the identification of salsolinol (a derivative of dopamine) in the sheep hypothalamus and determination of changes in its secretion in response to suckling. Using the sheep model we showed that salsolinol has stimulatory properties in relation to prolactin and oxytocin, hormones strictly related to lactation. It is suggested that salsolinol may be an important terminal element in the sucking stimulus, encouraging the release of prolactin and oxytocin and making it possible to sustain increased secretion of both hormones during lactation. The latest data also shows that salsolinol participates in inhibiting the reaction of the corticotropic system to stressors, which would associate this molecule with the mechanism responsible for reducing the sensitivity of lactating mothers to stress.

Only a few centres specialise in the study of the development of the structure and function of the gastrointestinal tract in new-born animals. Studies in new-born pigs have an impact not only on progress in these animals breeding but to a large extent can be transferred to the man. Especially the early-born piglets may be regarded as the only model for premature babies. Studies on the maturation and functioning of the gastrointestinal tract in new-born piglets focus on bioactive colostrum and milk compounds, i.e. hormones, growth factors and cytokines, which may affect gut maturation as well as motor functions of the small intestines on both in vitro and in vivo models. Our researchers established the unique animal model that enables nursing and rearing of neonatal piglets in controlled laboratory conditions. They have shown that leptin, ghrelin and obestatin – gastrointestinal peptides involved in energy expenditure – are also present in colostrum and milk, and, when given orally to suckling animals, they significantly influence intestinal maturation. Interestingly, enteral administration of leptin and ghrelin regulates the process of autophagy in the small intestine epithelium. Autophagy is a cellular process that breaks down cellular components to promote cellular survival during starvation by maintaining energy levels. It is suggested that leptin/ghrelin control of autophagy is the effect of physiological control of energy balance at the epithelial cell level.

The last decade brought much evidence that a neonate pig is the best model for studying the physiology and pathophysiology of the gastrointestinal tract in the human neonate. Various aspects of the intestinal motor function appear to be the most critical problems, resulting in feeding intolerance in low-birthweight infants. The motility of the small intestine is considerably less organised in premature infants than in term infants. This is caused by an intrinsic immaturity of the enteric nervous system that delays transit, causing subsequent bacterial overgrowth and distension from gases that are the by-products of fermentation.

The research group from the KIAP&N has recently been interested in nutritional programming, a phenomenon based on epidemiological and animal model studies which have shown that development and growth during the early life period are markedly influenced by maternal health and diet composition. Maternal diet influences the metabolic status and plays a crucial role in the development of metabolic functions in offspring and their risk of metabolic diseases in adulthood. Our team investigates the role of a maternal high-fat diet on the development of the gastrointestinal tract in offspring and the ability of obestatin to influence gut maturation and reverse maternal programming. The project includes studies on human and animal models. The preliminary results show that obestatin expression differs according to the mother’s diet, and enteral administration of this peptide significantly influences the intestinal contractility. As the project researchers are also members of the Polish Foundation of the Bank of Milk, they hope that studies on obestatin’s role in neonates and also observations on its fluctuations in mother’s milk and its availability for neonates will aid in choosing the proper milk, derived from the right donor mother, for feeding pre-term babies.

The Kielanowski Institute of Animal Physiology and Nutrition

Polish Academy of Sciences in Jablonna