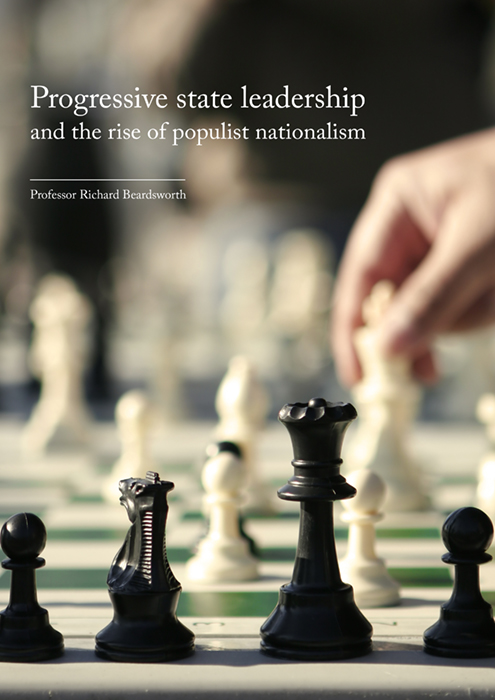 In this fascinating piece of analysis, Professor Richard Beardsworth, details his views on progressive state leadership and the rise of populist nationalism

To set the scene for us, Professor Beardsworth explains that current politics appears to be dominated by the concerns of populist nationalism at the domestic level and by the relative decline of the West and the rise of Asia at the international level.

In a very special piece of bonus content, we welcome Maria Joao Rodrigues, President of the Foundation for European Progressive Studies (FEPS) and Vice President of the S&D Group in the European Parliament, who argues that the secret to millennial engagement is progressive politics.

Professor Beardsworth agrees with Rodrigues that the millennial generation (born 1980-2000, aged 18-35) is rising up all over Europe. He refers to the view of Rodrigues who says that this addresses several problems: most importantly, inequality, climate change and a strong sense of generational disempowerment.

In the remainder of his piece, Professor Beardsworth suggests what this agenda and the political leadership shaping and steering it could look like to have political traction at this historical moment of contestation. Amongst the numerous insights he gives, we learn about the general traits of this progressive state leadership. The first trait is a global orientation in domestic and international politics. The second concerns domestic society within this global orientation. The third trait of progressive state leadership focuses on international society within this global orientation.

To sum up, Professor Beardsworth says that the progressive move of political leadership is to show the inextricable links between national and international interests and values under processes of interdependence and to promote a global orientation that frames these links in response to climate change. So, is a new style of leadership required? Read on to find the answer and to gain many more insights in this most compelling piece of analysis.