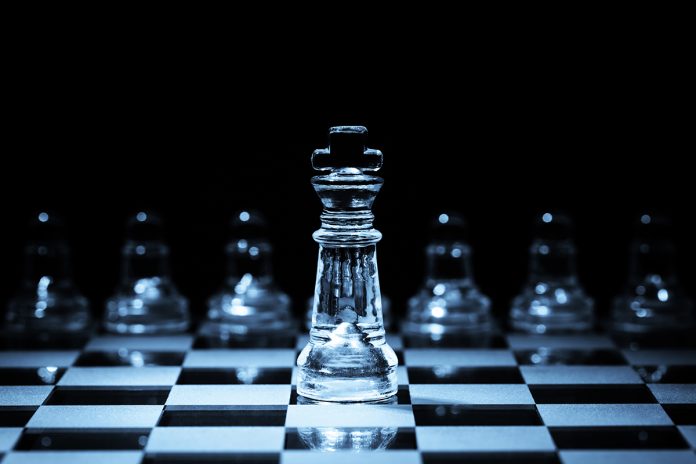 Richard Beardsworth, Professor and Head of School, School of Politics and International Studies, University of Leeds, provides the second article of a series on progressive state leadership

Things are moving quickly. Since I last wrote about progressive state leadership earlier this year for Open Access Government, there have been two important normative shifts in the politics of the Western world. The first is the consolidation of populist nationalism, most evident for those residing in the UK in the way in which a ‘no-deal’ Brexit has become the default norm. The second is the normative shift regarding climate change.

Since the Intergovernmental Panel on Climate Change’s special report of October 2018 (advising a maximum 1.5 °C average global temperature increase), perceptions around the social, economic and political importance of climate change mitigation and adaptation have decisively shifted – in civil society, across political parties, and in branches of government. These two normative shifts are set to clash, as we see presently in the United States and Brazil. State leadership is/will become vital in deciding the direction of these clashes. In the context of this quickly moving history, it is important to keep addressing the issue of progressive state leadership.

My last article underlined the mind-set of such leadership: re-framing the question of borders, of national interest, of sovereignty, etc. so that a new internationalism is borne on the back of an alignment of domestic and global interests and values. This second article asks what the progressive agenda is shaping up to be for progressive state leadership. This entails three analytical/normative questions: First, what is understood as ‘progress’ today, and therefore what is it to be ‘progressive’ today? Second, what is a relevant ‘progressive agenda’? Third, what does it mean to lead on this agenda?

What is progress, what is it to be progressive today?

The concept of progress was born in the 18C Enlightenment (although it has deep historical roots). History was considered a vehicle for the greater emancipation of humankind. This understanding of history has closed: decolonisation questioned its narrow conception of emancipation; two world wars and the ever-present threat of a nuclear crisis have undermined claims to greater peace, and climate catastrophe uproots the assumptions of modernity and modernisation processes.

As a result, the idea of ‘progress’ must be thought and practiced differently. Amidst re-assessments rehearsed today in universities, think tanks, public reports and the media, I emphasize two lines of thinking here: A sense of limit and an understanding of relations that go wider than those between humans. Progress today entails modesty and caution regarding the place of the human in the world. To be ambitious is not to throw caution to the winds, but, precisely, to open up a world within limits. What does it mean to be ‘progressive’ in this context of limits? The progressivism structuring U.S. politics from 1908 to 1918 has certainly regained relevance in our populist age: to place ‘the people’ above specific interests; to redress huge inequalities of condition and power; to consider government as a tool of economic and social change, providing the conditions of the common good, collective purpose and equality of opportunity (set against an excessive individualism and consumerism). These norms are returning. If aligned with the idea of a world of limits, they are today (again) progressive. Maria João Rodriguez argues that it is the millennials (born between 1980 and 2000) that are most sensitive to this alignment. The last six months also shows a growing political sensitivity among post-millennials (School Strikes for Climate, etc.). Progress is about the future; it is inter-generational. The idea of progress emerging from, and for, the younger generations is that of building a world of limits.

What, then, is a progressive agenda today?

Climate change and planetary sustainability are not simply at the forefront of a progressive political agenda. They articulate the terms through which economic, social and political progress is to be thought and practiced in the first place. Responsibility towards climate change, implementing planetary sustainability, provides consequently the overall normative framework within which progressive goals can be settled. This point has three major implications.

First and foremost, to tackle domestic inequality requires at the one and the same time a global approach to social, economic and environmental problems: economic regionalisation and localisation works, in other words, with a spirit of internationalism that seeks institutionalised cooperation among countries and peoples. The contemporary nationalist opposing of the national to the global (or inversely previous neo-liberal opposing of the global to the national) makes no sense within the progressive practice of a world of limits. Planetary sustainability requires, together, the reorganisation of national economies towards the sub-national and increasing institutional articulation between the more and less vulnerable nations on the planet. Linking in this non-oppositional manner the economic, the social and the environmental will increasingly define, I suggest, the progressive agenda.

Second, this agenda must be therefore concretely local and global, re-inscribing the legitimate concerns of populist nationalism (inequality, identity) within economies and cultures of sustainable lifestyles. The emerging behavioural norms of ‘well-being’ and ‘respect for biodiversity’ suggest progressive orientation here. Lastly, set against the contemporary politics of fear and closed borders, this agenda can nurse social anxiety towards more shared political transformations.

Third, and in conclusion, what does it mean to lead on this agenda? To push for progress towards a world of limits at this ideological time requires particular states leading in the rapidly changing, but uncertain international order. As public officers of the United Nations all too often emphasise, the time for addressing global challenges like climate change is very short, but the scale of operations to do so is very large. Drawing on their capacities as states, progressive states are those that bring together time and scale. To do so, they forcefully align national and global interests, tailor the global to the local and scale up the local to the global so that a world of limits emerges as an attainable horizon of human progress. For this, particular states must lead by example; progressive state leadership is now required in this sense.