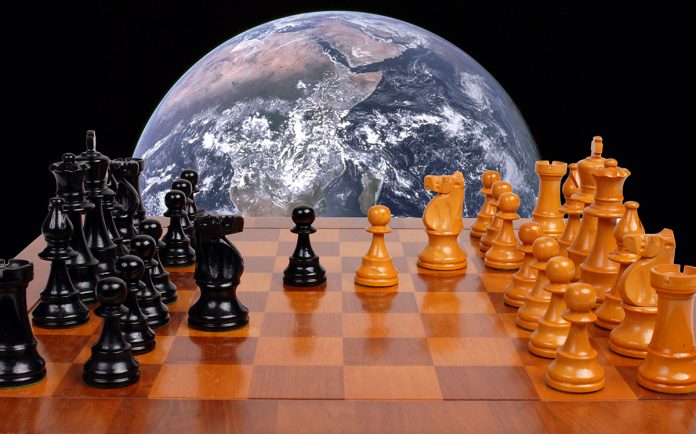 Professor Richard Beardsworth, Aberystwyth University, examines what progressive state leadership is in the world of politics and how it can be implemented

Our contemporary era is defined by a tragic paradox of governance: a return to a politics of national borders at the precise moment when the most important threats to be governed – climate catastrophe, nuclear disorder, global inequality and the fundamentalisms it spurns – are, to varying degrees, borderless.

This paradox emerges from both long and short histories. Long-term, 500-year processes of interdependence (including worldwide industrialisation and a now globalised system of states) have produced a governance gap between the threats states face and the capacities and responsibilities of these states to address them.

Short-term, the practices of post-Cold War liberalism short-circuited the national by moving too swiftly to the ‘post-national’ and ‘supranational’ in order to govern a globalising world; in so doing, it produced the national-sovereign backlash against this world.

Today’s paradox of governance is accordingly the result of an unresolved and, therefore, recurrent tension between trans-border processes of interdependence and a system of bordered political units. This paradox insists because there is no exit from it. The state system remains our international political condition, and, due to the imminence and urgency of the above threats, it is only through this system that these threats will be addressed.

The paradox tempts one to despair of the promise of politics: hence contemporary modes of catastrophism regarding a new nuclear arms race, climate chaos, and digitised extremism – ‘it is too late!.’

If the state system presents the means as well as the obstacle to confronting global threats, then the question of remedial political action becomes: which states can lead other states towards effective global action? In sum, the despairing ‘It is too late!’ becomes the narrower question: ‘What is progressive state leadership today?’ To so focus the political lens denies neither the political agency of non-state actors nor the imbalances of power among states (imbalances that any claim to state leadership can always reproduce). It rehearses, rather, a necessary condition of response to global threats given the above paradox and its histories. To argue for progressive state leadership proves accordingly an urgent intellectual and political task.

There are three major traits to the former.

First, state leaders need to construct concepts of national security and national interest that encompass, within the very notion of the national, global interest and value. Post-cold war liberalism failed to dovetail national and global interests for several reasons: foremost, the non-liberal outcomes of market fundamentalism and of humanitarian interventionism. Re-territorialising conceptions of interest and security form part of the backlash against these outcomes.

If, however, the primary duty of government is to protect its citizens, and if the all-important threats to these citizens are of a trans-border nature, then it is the duty of state leaders to address these threats not by framing them as threats to national interest and security but by re-framing national interest and security as constitutively harbouring global interest. The political responsibility of progressive state leadership is thus to re-frame the problem of borders and present a political narrative that runs something like this: ‘one must go abroad to come home’.

States must, therefore, act collectively with other states to confront a trans-border threat.

This second trait is well understood; regional organizations (NATO, the EU, ASEAN, etc.) are based on its premise. However, as Mancur Olsen wrote in his 1960s classic The Logic of Collective Action, leadership is required to make collective action possible in the first place given the ‘free-rider problem’: states may have a particular interest in submitting to a common interest, but not in paying the costs.

In a hierarchical system of states, progressive state leadership is required to both transcend the problem of short-term cost and transcend it while reducing hierarchy. Take climate mitigation and adaptation. Coalitions and alliances must be formed across rich and poor, resilient and vulnerable states so that collective action against climate catastrophe is possible. To transfer funds and/or technologies to vulnerable states is in the ultimate interest of all states given the comprehensive nature of the threat to sustainable living systems.

Coalitions and alliances must be formed across rich and poor, resilient and vulnerable states so that collective action against climate catastrophe is possible.

Leadership is thus required to frame these coalitions of interest as of greater benefit than the benefits of short-termism (fossil-fuel interests, consumerism, and national comparative advantage from global warming). Further, leadership is required to frame these coalitions in such a way that international hierarchy is re-worked, under the normative focal point of the sustainable development goals, towards greater equity among states and their populations.

Responsibility towards climate change is often correctly pitted against development, from those on the right and the left in the north and south of the world. In contrast, progressive states are those that seize the opportunity to make threats meet, leading the way towards economic and political transformation: a carbon-neutral economy that is fairer to all and that narrows the gap between the earth system and the state system.

Responsibility towards climate change is often correctly pitted against development

These two traits suggest, finally, a specific style of leadership appropriate to the nature of urgent trans-border threats, their essential unpredictability, and the emerging international order: the ability to engage in multilateral diplomacy and to lead with humility.

To do this requires the skills of multilateral diplomacy: to synthesise and upgrade complex economic, social and environmental interests into a common interest and to lead by example. In today’s world to lead by example means to work as an equal among multiple stakeholders and to give to others not by ‘leading from behind’ but, precisely, by moving ahead oneself.

The present backlash against globalisation has undermined the pooling of sovereignty. It is incumbent upon state leadership to reframe such pooling as an act of sovereignty in the very defence of its citizens.

It is this paradox that responds to the paradox of governance with which I began, and it is progressive state leadership that can own the paradox by re-framing the problem.

E.H. Carr Professor of International Politics and Head of Department