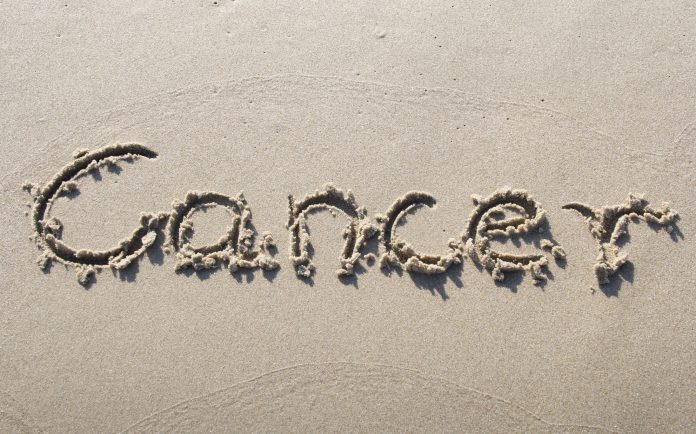 AG highlights the work of the National Cancer Institute (NCI), to reduce and treat cancer.

The National Cancer Institute (NCI) is the U.S. Federal government’s primary agency for cancer research and training. As part of the National Institutes of Health (NIH) they coordinate with the National Cancer Programme, which conducts and supports research, training, health information dissemination and other programs related to cancer – i.e. diagnosis, prevention, and treatment. Real progress is being made against cancer worldwide, and due to the work of NCI and medical researchers throughout the U.S., in 2012 there were approximately 14 million cancer survivors throughout the country.

The NCI estimated that in 2015, 1,658,370 new cases of cancer will be diagnosed in the U.S. and 589,430 people will die from the disease. Approximately 39.6% of men and women will be diagnosed with cancer at some point in their life, with breast, lung, bronchus, prostate, colon, bladder, melanoma of the skin and rectum cancer named the most common cancers in 2015. 1

Throughout the U.S. the rate of new cancers overall has been declining for more than a decade. Through new treatments and understanding for the detection and diagnosis, people living with cancer are living longer and with a better quality of life than ever before. In a blog post 2 by Acting NCI Director, Doug Lowy, M.D, he discusses the critical contribution of basic science in fostering progress against cancer.

“Over the past 2 decades, we have made significant progress in diagnosing and treating cancer- progress that is reflected in the continuing declines in cancer death rates and the increasing numbers of cancer survivors. This progress is only possible because of our efforts to understand the biological mechanisms underpinning cancer.

“When or where the next major advance in cancer research will occur is unknown, but it always begins with basic research – often in areas which a direct application to medicine may not be immediately apparent, including areas such as physics, mathematics and materials science.”

Ensuring people receive the right treatment for their cancer is integral to their quality of life. Treatments for cancer can come in many forms. Some people require a combination of measures, whilst others only have one type. The majority of people with cancer do have combination treatment, which could consist of surgery with chemotherapy and/or radiation therapy.

Treatments and new drugs are tested using clinical trials. Cancer patients at any stage of their treatment can take part in these, and they are key to developing new methods to prevent, detect and treat cancer.

Clinical trials can also bring to light new information and outcomes to researchers in regards to the cancer and the way it reacts to drugs. At NCI a clinical trial has recently revealed some interesting results in regards to precision medicine and the most common type of lymphoma.

Lymphoma is a cancer that begins in cells of the lymph system and can being almost anywhere in the body. The joint study conducted by the NCI, and Pharmacyclics Sunnyvale, California revealed that patients with a specific molecular subtype of diffuse large B cell lymphoma (DLBCL) are more likely to respond to a specific drug that patients with another molecular subtype of the disease. 3

Several years ago, NCI scientists identified two primary subtypes of DLBCL based on characteristic patterns of gene activity with the lymphoma cells. This discover led the researchers to believe that targeted treatments could be developed.

Louis Staudt from the NCI Centre for Cancer Genomics, who co-led the study, said: “Clinical trials such as this are critical for translating basic molecular findings into effective therapies.”

Study co-leader Wyndham Wilson of the NCI added: “This is the first clinical study to demonstrate the importance of precision medicine in lymphomas.”

Target therapy is the foundation of precision medicine and works by targeting the changes in cancer cells that help them grow, divide and spread. Most cancers patients will have a target for a certain drug, so they can be treated with that drug. However, most of the time the tumour will need to be tested to see if it contains markers for which we have drugs. Most targeted therapies help the immune systems destroy cancer cells; stop the cancer cells from growing; stop signals that help for blood vessels; deliver cell-killing substances to cancer cells; cause cancer cell death; and starve cancer of the hormones it needs to grow. 4

However, there are some drawbacks to targeted therapy, as there is with most cancer treatments. Cancer cells may become resistant to them and drugs for targets are hard to develop. With detailed research and funding, cancer treatments have come a long way over the years. However, the questions still remains: why haven’t we found a cure yet? Treatments available can extend life, and if caught at the right time many people do survive cancer. Due to the complicated nature of cancer and the number of types there are, it is still proving a difficult task to find that cure to eliminate this awful and life changing disease.

Organisations like the NCI play a pivotal role in getting us closer to finding that cure. Ongoing cancer research and clinical trials to test and develop new drugs could be that crucial step to help patients live a longer and happier life, with or without cancer.