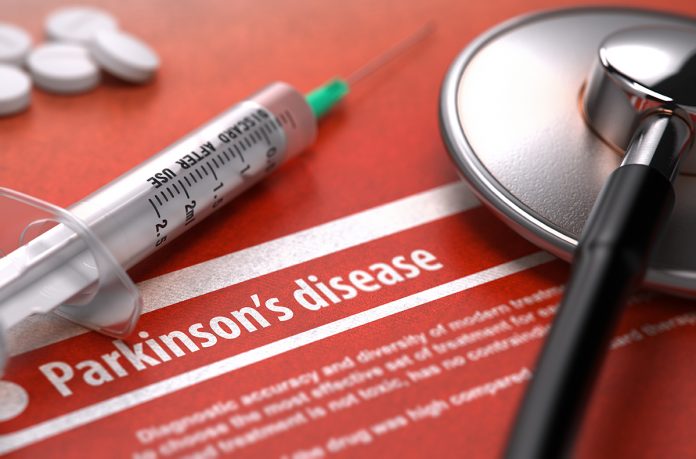 The changing pharma landscape means opportunities for Parkinson’s drug discovery are missed, but Parkinson’s UK has a new strategy to redress the balance

This will be the 200th year since James Parkinson wrote his seminal paper on ‘the Shaking Palsy’. Since that time there have been major developments in the treatment of Parkinson’s disease. Medications that were developed over 50 years ago, such as levodopa, are used by millions across the world to control the symptoms of Parkinson’s.

Many can expect a near-complete disappearance of symptoms when they first take Parkinson’s medications. But for all of their benefits, none of the medications available slow the progressive degeneration of nigrostriatal dopaminergic neurones, and, as the condition progresses, their dose must be increased to maintain their benefits. After a while, the side effects of these medications become too great to continue to increase their dose.

The devastating reality is that people with the condition face a continual decline with ever-progressing and accumulating symptoms, knowing that current treatments will eventually fail them. In the advanced stages of Parkinson’s, people may spend many hours every day unable to move while also struggling with a myriad of non-motor symptoms, which can include hallucinations, cognitive decline, depression and many others.

It is clear that what is needed is a disease-modifying treatment capable of slowing or stopping Parkinson’s progression. But 50 years since the first Parkinson’s medications were discovered, why are we still waiting for these treatments?

Failing at the final hurdle

The reasons are numerous; Parkinson’s is an incredibly complex condition that affects everyone differently. It is difficult to test a drug in such a heterogeneous population and it is likely that a number of different underlying causes are contributing to each individual’s Parkinson’s.

Where there has been progressing in research that has led to clinical trials of medications, there have been a number of late-stage failures that have impacted on investment in other Parkinson’s projects.

Expensive late-stage trials are required for regulatory approval of new medications but in recent years, several promising new treatments for Parkinson’s have failed at this final hurdle. These disappointments have led some companies to redirect their investments into other diseases which may be perceived to be less high risk and potentially more profitable. Without investment, progression towards a modifying treatment for Parkinson’s will slow and eventually stall.

New treatments are created from scientific discoveries through a process of drug discovery and development, which feeds pre-clinical and clinical research.

Lost opportunities and the funding gap

There is a strong tradition of pharmaceutical research in the UK. Twenty-five years ago, when the sector was booming, 15 sites were actively involved in developing and testing future treatments. The crucial early stages of developing new drugs and treatments were being led by biotech companies and big pharma.

Now, due to global pressures and a subsequent retreat of large pharma, there are just 3 active large pharma sites. To continue to survive, pharmaceutical companies have had to think strategically about where to invest and have turned their funding away from early-stage drug development and pre-clinical work and focused instead on the high risk/high reward later stages of clinical testing.

What has been left in their wake is a funding gap – an expanding desert that has become too difficult for charity-funded, academia-produced scientific discoveries to cross. While Parkinson’s isn’t the only disease area which has seen a lack of investment when it comes to developing the treatments of tomorrow, it is one of the conditions that has seen the most neglect when it comes to early-stage drug discovery and development work. The little money that biotech and pharma companies still direct towards bridging this gap is more often invested in other conditions, some of which are seen as easier or more profitable.

The major hurdle in turning scientific discoveries into new treatments now occurs much earlier in the research pipeline. Academic researchers are constantly discovering new insights, which have exciting potential for developing new treatments for Parkinson’s, but without investment, these discoveries may never benefit the patient population.

The changing pharma landscape is no doubt leading to lost opportunities when it comes to drug discovery and early clinical development. In the absence of large pharma, we have seen the emergence of smaller commercial biotech companies and contract research organisations capable of industry-standard drug discovery.

These smaller-scale companies provide opportunities for charities, who would have once restricted their funding to the relatively less expensive scientific discovery phase of the research pipeline, to take a more active role in the drug discovery process. For Parkinson’s UK, Europe’s largest charitable Parkinson’s research funder, filling this gap is now a major focus in their mission to develop better treatments and a cure, within years, not decades. Director of Research at Parkinson’s UK, Dr Arthur Roach, explains:

“There are promising scientific discoveries for Parkinson’s that are not being picked up and developed by commercial companies. We believe we can step in here to bring new treatments forward faster.

“We are calling this major new programme of work the Parkinson’s UK Virtual Biotech because we’ll be acting in a similar way to a small biotech company. However, unlike a commercial company, we will be dedicated to developing new treatments for one condition – Parkinson’s – and our primary focus is delivering better treatments that improve life as quickly as possible, instead of maximising on investor returns.”

Parkinson’s UK plans to work virtually, providing leadership and critical funding, and working in partnership with a range of other organisations that have the facilities and staff to carry out scientific work on a contract basis. They will encourage university researchers, who have ideas to take forward, to form single-asset spin-out companies.

With careful management of the projects and guidance from a team of industry and scientific experts who are volunteering their time, the virtual biotech will produce a charity-sponsored portfolio of drug discovery projects – all at different stages of this process and early clinical development pipeline.