According to GlobalData, Russia will contribute a total length of 20,680 km by 2022, which will account for around 75% of the region’s planned and announced oil and gas pipeline length additions.

Russia also has the highest new build capital expenditure (capex) of around US$78.8bn for the 2018–2022 period. Russia–India is the longest planned natural gas pipeline in the country as well as for the region. It is expected to start its operations in 2022 with a planned length of 6,000 km.

Soorya Tejomoortula, Oil & Gas Analyst at GlobalData, comments: “Russia is further expanding its massive natural gas pipeline network for exports. The country is building pipelines to transport its natural gas to demand centers such as China, India and Western Europe.” 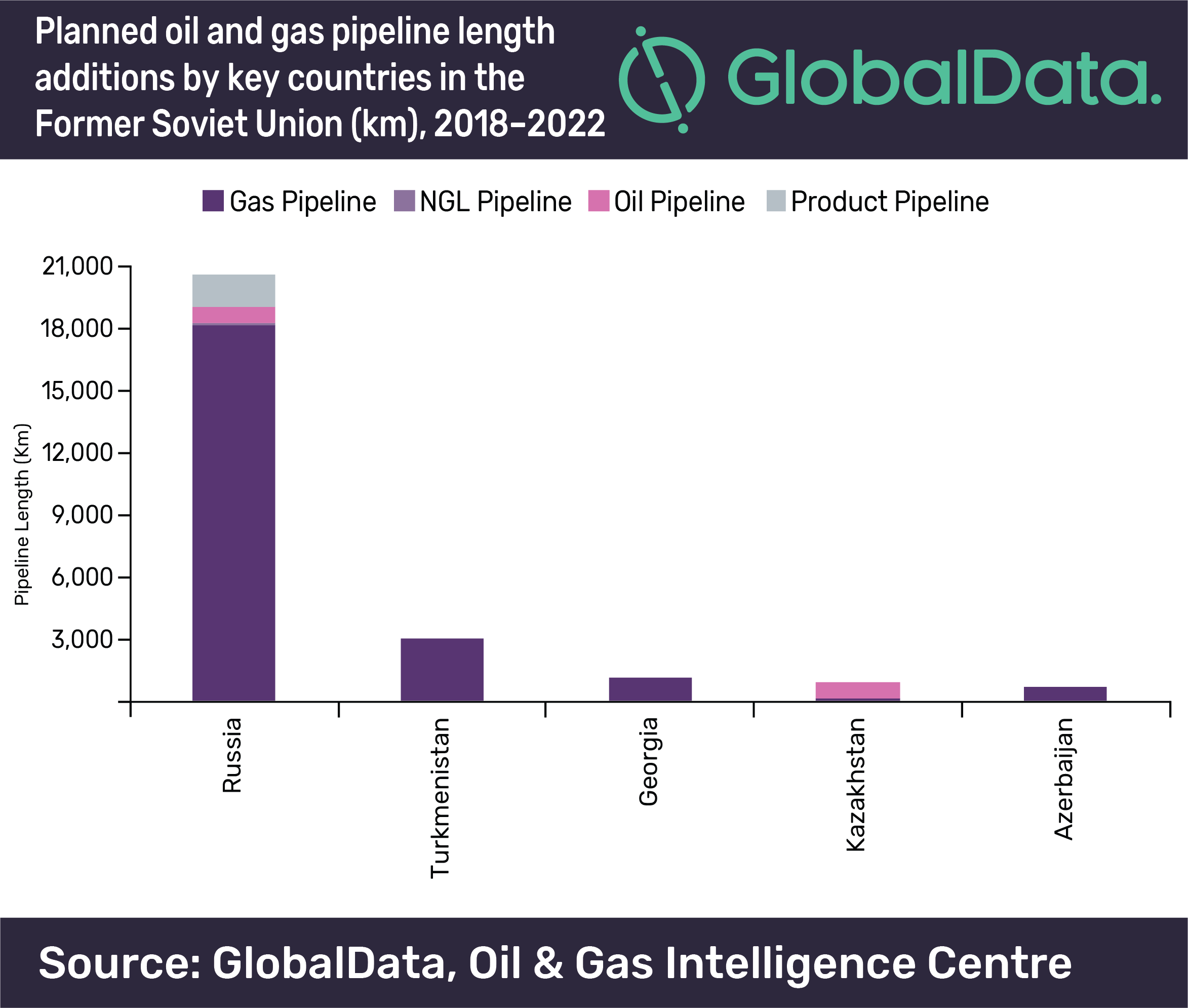 Tejomoortula adds: “Turkmenistan is also expanding its pipeline network mainly for exports. The country is planning to build two multibillion dollar gas pipelines to export gas from the Galkynysh gas field to South Asian countries such as India, Pakistan, and Afghanistan, and to China.”

The three longest planned and announced natural gas pipelines in the Former Soviet Union during the forecast period are Russia–India gas pipeline, Nord Stream 2, and Power of Siberia (Russia Section-I) pipeline in Russia, with lengths of 6,000 km, 2,400 km, and 2,200 km respectively.

The report also states that the three longest planned and announced oil pipelines in the region by ­2022 are Eskene–Kuryk pipeline in Kazakhstan, Brody–Adamowo pipeline, and ESPO offshoot–Komsomolsk pipeline in Russia with lengths of 739 km, 396.3 km and 293 km respectively