Home Open Access News Energy News SAP 10: lifting the handbrake on how we decarbonise heat in the... 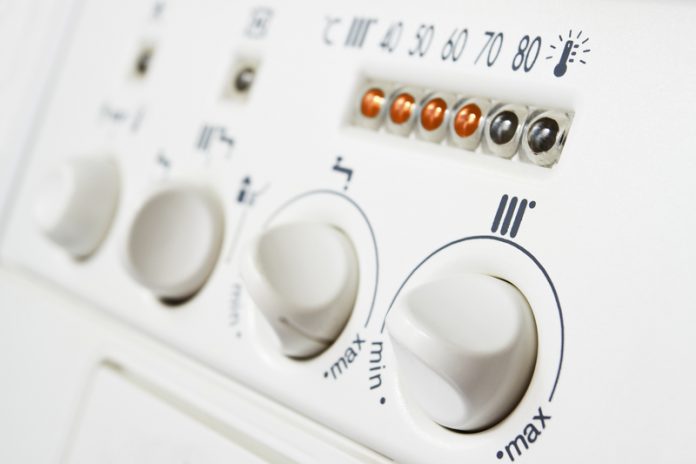 The Standard Assessment Procedure (SAP) 10 attracted little fanfare outside policy circles and the building and heating professionals when it was released back in July. Little wonder: it is a set of mainly dry assessment criteria for building design that aren’t even legally binding until reflected in updated building regulations, which probably won’t happen until 2019 or 2020.

But these assessment criteria – last adjusted in 2014 – have been a handbrake on the urgent need to decarbonise heat in the UK. As policy and fiscal stimulus have turbocharged the engine and investment in renewable electricity has laid out a smooth road, clean heat has been held back.  With SAP 10 lifting the handbrake, this could be the start of a fundamental shift in how we decarbonise heat in this country.

We should certainly hope so: heating makes up 32% of our total emissions, far ahead of power (21%) and transport (24%)[1]. We’ve made major strides on power and the buzz around EVs promises much on transport, but heating is still the big missing piece of the decarbonisation puzzle.

The SAP standards list a number of factors used in assessing the environmental performance of buildings. Though not yet legally binding, publishing them now gives the building sector forewarning on adjustments to factor into planning and design decision.

So how have the standards changed? The major talking point has been the carbon factor of grid electricity. Last updated in 2012 (though not effective until 2014), the current SAP figures stipulate 0.519 kgCO2/kWh. This means that for every kWh of grid electricity used by the building, it is estimated to produce just over half a kilogram of CO2. This compares to a carbon factor of 0.216 kgCO2/kWh for mains gas, meaning designers have been more likely to opt for gas-powered heating in new buildings to meet emissions targets.

However, in the six years since SAP 2012 was written, the UK’s grid has made great strides in decarbonisation. We’re used to reading headlines now about record renewable production and coal free days. To catch up, SAP 10 slashes the grid electricity carbon factor used to 0.233 kgCO2/kWh, compared to 0.210 kgCO2/kWh for gas.

This changes the game for systems designers. Suddenly, on paper, combined heat and power systems and standard gas boilers look much less attractive compared to electric heating systems, such as geo-exchange and ground or air source heat pumps (GSHPs, ASHPs). Designers are allowed to use numbers tied more closely to reality and less to history.

This is a positive step. Once in use, the new figures will bring us much closer to reality.  However, nothing is set in stone. Until the new standards are embedded in building regulations, anything can change. Bear in mind that, right now, electric heating such as geo-exchange is still assessed at 0.519 kgCO2/kWh while 2017’s grid carbon intensity was estimated at 0.225 kgCO2/kWh.[2]

However, there are some pretty hefty caveats. First, note that 2017’s grid carbon intensity is already below that used in SAP 10. Then consider that the new factors won’t apply until something like 2020. If grid decarbonisation continues – as current BEIS forecasts indicate – that could mean the carbon factor is significantly outdated by the time it comes into force.

This would continue an ongoing trend. At the time of writing, you need to go more than three years, to the 8th May 2015 at 10:15pm to find the last five minute period with an average grid power emission rate equal to or higher than 0.519 kgCO2/kWh.

In effect, this means SAP 2012 has been distorting the decisions of building designers for years; artificially skewing environmental assessments. SAP 10 catches us up to today’s figures, but threatens to do the same again by 2020 if left static.

Hopefully this won’t be the case. The BEIS consultation response suggested it would look into updating the carbon factor based on a monthly method (though the target for new buildings wouldn’t change monthly)[3].

If so, that’s a major design flaw solved. However, in effect it would only be to remove a longstanding artificial disparity, rather than offer particular support to low/zero-carbon heat. Best case scenario: a long overdue lifting of the regulatory handbrake for electric heat.

If an updated and upgraded SAP goes some way towards unshackling electric heat sources, there are other trends pushing that way too. Since the Conservatives dropped the zero-carbon homes policy, organisations such as the Green Buildings Council have tirelessly campaigned for it to be reinstated. Now Labour have adopted the policy, increasing the pressure. This matters. Zero-carbon is more stringent than low carbon, and all but precludes solutions based on CHP or the gas network (barring some big leaps of faith about hydrogen).

Recent research from the Energy Systems Catapult and Oxford University also questioned the fairness of the current balance between standing and unit rates for electricity supply[4]. Current arrangements, they argue, favour users of on-site generation such as solar, as by offsetting grid use they pay proportionally less towards transmission and distribution costs despite still relying on the network. Conversely, users of low-carbon electric heat systems pay more than their fair share due to higher electricity usage, despite also making environmentally responsible decisions. They advocate for a rebalancing to remove this distorting influence on heat.

Take these trends together and a pattern emerges where policymakers and influencers are waking up to the artificial barriers to electric low/zero carbon heat and starting to stir into action. The question will be whether they go far or fast enough.

Of course, we must beware of unintended consequences. It would be a failure to set up electric heating as somehow in opposition to onsite renewable generation, as some of these issues could if mishandled. Solar panels benefit a lot from current SAP arrangements, as by displacing heavily-penalised grid carbon they are disproportionately effective in helping developers meet emissions targets. This is a positive unintended consequence we cannot afford to lose.

However, our fundamental loyalty has to be to decarbonisation. That’s the practical and moral imperative of climate breakdown. The surest way to do so is to combine public support for new technologies with as clear a path as possible for established ones. Properly incentivised, the market will then deliver the quickest, most cost-effective route to cleaner heat.

At the same time, we need joined-up policy thinking. It’s odd that, just as the potential of electric heat is unlocked with a more realistic  SAP, the renewable heat incentive (RHI) scheme designed in part to promote it will be closing with no clear signal on a successor. Arguably, both policies were stopped from reaching their full potential by this mismatch.

These aren’t easy questions for policymakers but they are important ones. We urgently need to decarbonise heating in the UK. Putting aside grand dreams for hydrogen produced with yet-to-be-proven technology, we have an obvious path to do so with heating powered by an increasingly clean grid. We have the technology to do so today but progress has been stalled by unintentional distortions to the market. With fresh IPCC warnings about keeping warming to 1.5oC and less than 12 years to 2030, we need that progress to accelerate. Let’s hope SAP 10 is just the start.