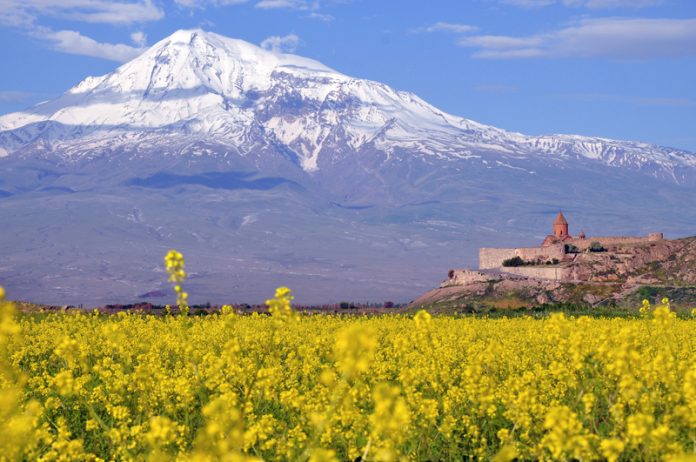 A consortium coordinated by the University of St. Gallen looks at the Caucasus and the importance of social cohesion for stability in the region

The Caucasus is a region in the post-Soviet space, spanning from the Black Sea to the Caspian Sea, bordering Turkey and Iran. The region comprises the North Caucasus Federal Republics in Russia’s South as well as Armenia, Azerbaijan, and Georgia. Inter-ethnic tension, stalled economic development, significant gaps in the socio-economic development of both urban and rural areas, as well as authoritarian patterns of rule put the stability of the Caucasus at risk.

The Caucasus belongs to the Eastern neighbourhood of the European Union. Armenia, Azerbaijan, and Georgia are 3 of the 6 states included in the European Union’s Eastern Partnership programme. Frictions in the region bring Russia, Turkey, and Iran as regional powers on the scene and thus may easily amplify. It is therefore of crucial importance for policy-makers and academics alike to pay more attention to the developments in the region. Against this background ISSICEU, an EU-funded FP7 project, set out to study newly emerging and hardly considered sources of stability, and instability, that affect social cohesion in the Caucasus. A consortium of 8 universities and think tanks from Azerbaijan, Georgia, Russia, Turkey, Germany, and Switzerland have combined lenses of different disciplines; i.e. economics, political sciences, the study of religion, anthropology, sociology, and geography to pursue deductive and inductive research.

Social cohesion in the Caucasus

The 25 researchers have studied influences on social cohesion in the Caucasus from a wide range of perspectives. We have studied frictions between state and citizens in matters of socio-economic development and looked into which actors and mechanisms help to accommodate them. ISSICEU was also interested in civic participation discourse and practices prevailing in the Caucasus, and how societal players from Turkey and Iran influence them. In focus were also the origins and implications of economic dependencies and, finally, the foreign policy of Turkey and Iran towards the Caucasus. The project has undertaken empirical research in the South Caucasus states of Armenia, Azerbaijan, and Georgia and the North Caucasus republics of the Russian Federation Kabardino-Balkaria, Karachay-Cherkessia, Chechnya, and Dagestan. The region does not only share a common historical background and societal links through migration, but also the struggle with the authoritarian tendencies which mark their political regimes to a varying degree. ISSICEU also paid attention to the de facto states Abkhazia, South Ossetia, and Nagorno-Karabakh. These small entities with a population of 50.000 in South Ossetia. 240.000 In Abkhazia and 145.000 in Nagorno-Karabakh have emerged as de facto states from the violent conflicts in the early 1990s in which South Ossetia and Abkhazia claimed independence from Georgia and Nagorno-Karabakh from Azerbaijan. The conflicts lead to the deaths of several ten thousand, and left several hundreds of thousands with unsettled refuge. The de facto states are internationally not recognised but are relatively stable policies. Yet, the conflictual impact of their domestic politics on the region needs more attention.

The results of ISSICEU highlight that tensions over access to public goods and over the power to shape socio-economic development in villages and towns are on the rise in all entities studied. The recent economic crisis has fortified the socioeconomic pressure, particularly in rural and remote mountainous areas, and has limited the governments’ capability to mitigate tensions with selective investments. The societies’ lack governance mechanisms that efficiently mediate between people and the state. The dominant central rule undermines formal and informal societal bodies which could act as a mediator and avoid destabilising conflict. One lesson for the EU would be to strengthen efforts to foster de facto local self-governance and civil society.

However, civil society promotion needs to consider that government and societal actors often associate instability, not stability, with Non-governmental Organisations (NGO). These domestic actors, therefore, tend to meet international efforts to promote and stabilise a landscape of NGOs with great scepticism. To avoid such scepticism NGOs should be supported in the context of sectoral cooperation where people can see how NGOs make a difference in the development of a respective sector, be it agriculture, energy, environment or social security. However, participation in NGOs are not common, while a vivid civic engagement in form of neighbourhood help is. It may build a basis for developing mechanisms of participation in decision-making and interaction with the state. The lesson for the EU is to broaden its perspective on civil society actors beyond the conventional focus on established organisational formats. Yet, this implies a better-informed knowledge about the situation on the ground.

Links between the North and South

The North and South of the Caucasus are linked by flows of people, cultural values, trade, and capital. These links have a stabilising effect for the region but are weak and underdeveloped. They should be promoted through widening the focus of assistance projects from the South Caucasus to the entire region. Diaspora groups are crucial neighbourhood actors. Abkhaz, Armenian, Azerbaijani, or Georgian diaspora act in support of economic prosperity, but also tend to strengthen radical stances, e.g. on the secessionist conflicts.

The secessionist conflicts in the Caucasus are not frozen. Changing economic parameters in Azerbaijan and Armenia create uncertainty which increases the likeliness of military escalation in Nagorno-Karabakh. While Turkey cannot be directly involved in conflict mediation, it may still enhance regional security by balancing extreme foreign political positions through cooperation with different parties in the region, for instance, in the framework of the trilateral security alliance with Georgia and Azerbaijan. After the lifting of the sanctions, Iran may contribute to stability through economic engagement. Without discarding non-negotiable norms and values, the EU might consider venues that allow for achieving mutual benefits from cooperating with both Turkey and Iran in the region.

A topical discussion is the South Caucasus countries’ foreign trade orientation towards Russia or the EU. This orientation builds on geopolitical considerations than on a sound economic basis. Contradicting political and economic actions may have a destabilising effect. This should be considered in the EU’s trade relations with the Caucasus. Overall, the findings of ISSICEU call for paying increasing attention to the societal conflicts in the region and for exploring alternative approaches to cooperation with the Caucasus.

Professor of Political Science with special focus on European Politics