The National Science Foundation (NSF) is an independent federal agency in the United States that supports fundamental research and education across all disciplines of science and engineering. In fiscal year (FY) 2018, its budget is $7.8 billion. NSF funds research throughout all 50 states to almost 2,000 colleges, universities and other institutions. Each year, NSF receives no less than 50,000 competitive proposals for funding and funds around 12,000 projects to keep the United States at the leading edge of discovery in areas from astronomy to geology to zoology.

The Division of Earth Sciences (EAR)

The Division of Earth Sciences (EAR), part of the NSF, gives unwavering support to proposals for research that intends to improve our understanding of the structure, composition and evolution of the earth itself, the life it supports and the processes that govern the formation and behaviour of the earth’s materials.

The results of such research will clearly create a better understanding of the earth’s changing environments, as well as the natural distribution of its mineral, biota, water and energy resources, not to mention providing methods for predicting and mitigating the effects of geologic hazards, such as volcanic eruptions, earthquakes, floods and landslides.

In a nutshell, we know that earth science is the study of the earth’s structure, properties, processes and in the view of the NSF, it is also the study of four and a half billion years of biotic evolution. Certainly, understanding such phenomena is essential to the maintenance of life itself on the planet. The increasing world population demands more resources; heightens losses from natural hazards and creates more pollution.

The NSF website also points us to the way earth science benefits society. We learn that the knowledge gained, as well as the work of earth scientists, help society cope with its environment in many ways. The knowledge of earth scientists concerns the structure, stratigraphy and chemical composition of the earth’s crust and helps us locate resources that sustain and advance our quality of life. The NSF’s website explains this point in more detail to us: “Understanding the forces in the crust and the natural processes on the surface allows us to anticipate natural disasters such as volcanoes and earthquakes and geologic environments, such as damaging mining practices or improper waste disposal, gives us information to correct such practices and design more benign procedures for the future.” (1)

Within the Division of Earth Sciences at the NSF, lies the Petrology and Geochemistry (CH) Division. Their work specifically involves the support of basic research concerning the formation of planet earth, including its early differentiation and subsequent petrologic and geochemical modification via igneous and metamorphic processes.

Proposals in this programme generally address the petrology and high-temperature geochemistry of igneous and metamorphic rocks (including mantle samples), volcanology, mineral physics and economic geology. The Division’s website explains that they focus on the development of analytical tools, theoretical and computational models and experimental techniques for applications by the igneous and metamorphic petrology, as well as geochronology communities and high- temperature geochemistry. (2) 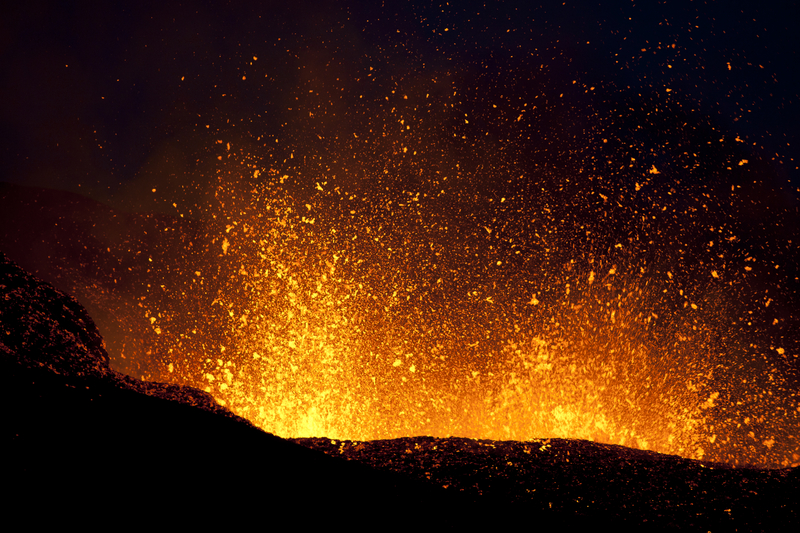 Examples of NSF-supported research on volcanology

An interesting example of how NSF supports and funds research into the earth sciences, for example, is around volcanology. In news from the field, the NSF website draws our attention to Frank Spear of Rensselaer Polytechnic Institute who thinks he’s found the source of water that fuels earthquakes in volcanoes in subduction zones. This can be done by applying a new spectroscopy technique to garnet containing fragments of quartz, metamorphic petrologist, we are told. Spear’s research is supported by a three-year $419,247 grant from the NSF.

“The real culprit in powerful volcanoes and earthquakes is water, but scientists have been unable to determine where that water comes from,” said Spear, a professor and head of the Rensselaer Department of Earth and Environmental Sciences. “Conventional thermodynamic equations predict that water is released at too shallow a depth to occur at the known locations of volcanoes and earthquakes. But when you factor in the overstepping we’ve discovered, the locations coincide. The idea of overstepping is an enormous paradigm shift” he explains. (3)

In closing, it’s worth noting another fascinating area of volcanology research supported by NSF, which can be found in detail about a study from New Zealand volcano by Brown University, which suggests that a volcanic system’s response to tidal forces could provide a tool for predicting a certain type of eruption.

Prior to a surprise eruption of New Zealand’s Ruapehu volcano in 2007, a seismic tremor near its crater became tightly correlated with twice-monthly changes in the strength of tidal forces, the new study reveals. The research suggests that signals associated with tidal cycles could provide advanced warning of kinds of volcanic eruptions. This interesting point is explained further by Társilo Girona, the study’s lead author.

“Looking at data for this volcano spanning about 12 years, we found that this correlation between the amplitude of seismic tremor and tidal cycles developed only in the three months before this eruption. What that suggests is that the tides could provide a probe for telling us whether or not a volcano has entered a critical state.”

The research was funded by the National Science Foundation (1454821). Professor Christian Huber, also involved in this project said that they’d like to collect more data from other eruptions and other volcanos to see if this tidal signal shows up elsewhere: “Then we can start to think about using it as a potential means of predicting future eruptions of this kind”, he says. (4)

Such research is an excellent example of why NSF was created by Congress in 1950, one of the reasons of which was, “to promote the progress of science” and to fulfil the vital task of keeping the United States at the leading edge of discovery in numerous areas of exciting scientific discovery.

Galvanising the scientific community towards a common goal during a pandemic

Finland: A framework for genetic research