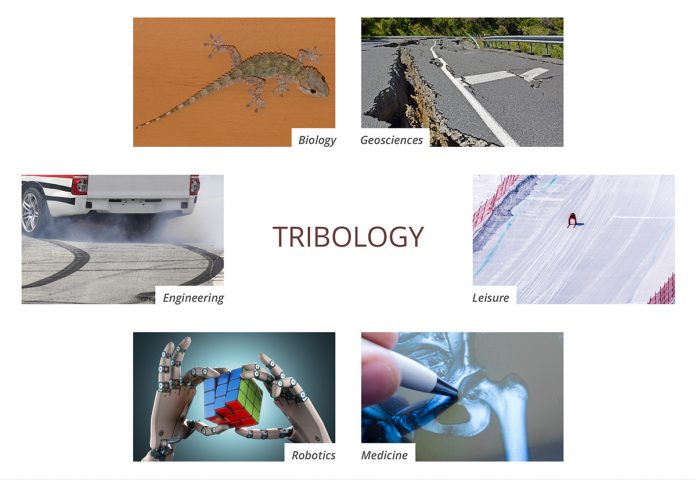 “Now people focus on big problems, and if you go for a big problem you need to be interdisciplinary”, claims Ted Brown1, founding director of the Beckman Institute for Advanced Science and Technology, one of the first interdisciplinary research centres created worldwide. More than 25 years ago, the idea behind the Beckman Institute was criticised by the defenders of well-separated academic disciplines. Today, interdisciplinarity has become the mantra of many research institutions and funding agencies across the world.

Interdisciplinary research fields, like complex systems sciences, cognitive sciences or cybernetics, require expertise from diverse academic disciplines to address common questions and achieve common goals. And indeed, interdisciplinarity appears as the only viable way to tackle complex problems like sustainable development, public health or climate changes1. While the previously mentioned challenges are currently under the spotlight, both in the media and in the political world, other interdisciplinary fields have not been sufficiently recognised so far. Our scope in this article is to shed some light on the field of tribology (the sciences of solid surfaces in contact) as a rich interdisciplinary field, which may have a lot to offer to those better-recognised research domains.

What is the common point between the San Andreas fault, a car on a highway, a hip prosthesis and downhill ski? They all involve a frictional contact interface, respectively between two portions of the Earth’s crust, between the tyres and road, between the head and cup of the prosthesis and between the ski and snow (figure). And the properties of their future behaviours (the date of an earthquake, the braking efficiency, the lifetime of the prosthesis or the ski speed) crucially depends on the details of the interactions between the two contacting bodies2,3. Unfortunately, our current understanding of the coupled effects of the many phenomena occurring at a solid contact interface is frustratingly limited, so that tribology remains a formidable challenge, both from fundamental and applied standpoints4.

Imagine a world in which we could predict landslides or earthquakes hours in advance, ensure lifetime warranty on a joint prosthesis, avoid skid during emergency braking, or drastically reduce the friction and thus energy losses in engines. All those advances would certainly contribute to progress towards a safer, healthier and more sustainable way of life. Reaching such ambitious goals will require the combined efforts of experts coming from many disciplines to disentangle the many elementary processes that can occur at a contact interface. 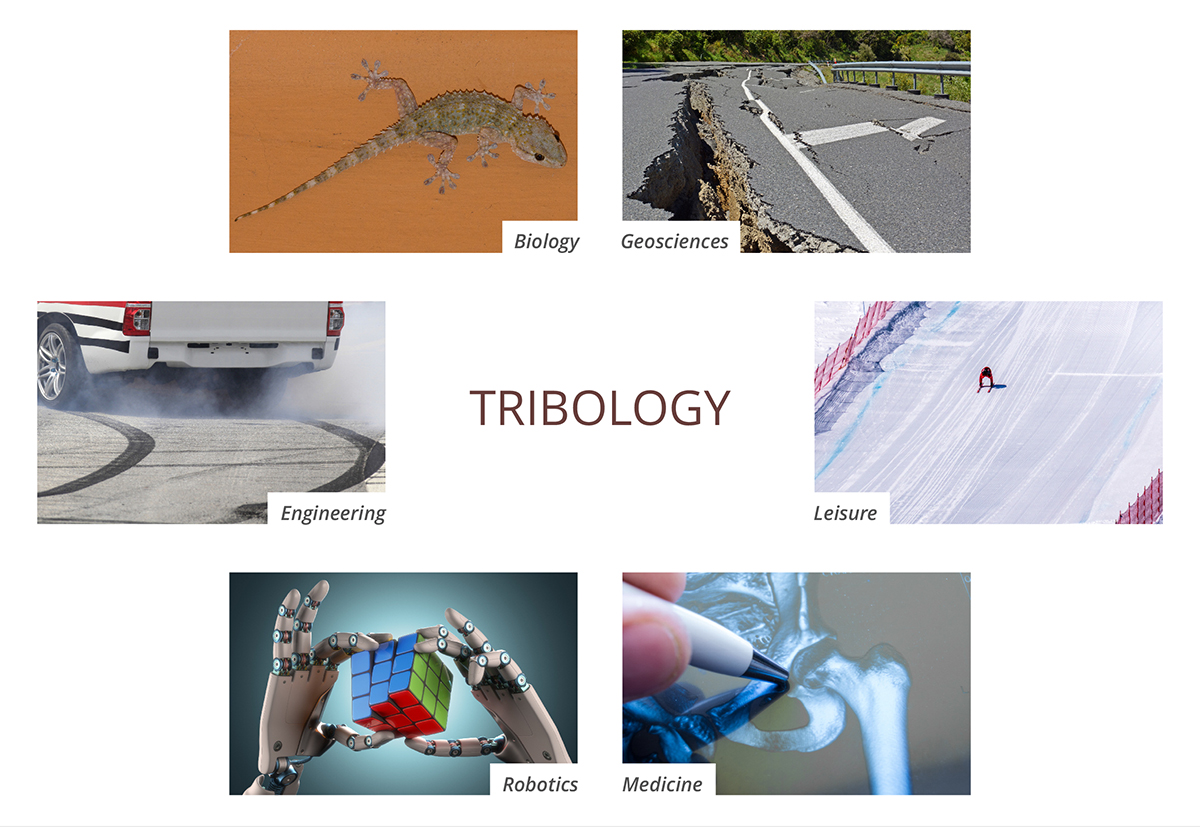 Tribology actually lies at the frontiers between mechanics, materials science, physics and chemistry: the mechanical loading applied to the interface not only deforms elastically the materials in contact but also induces irreversible processes like microstructural changes, plasticity, viscous losses or wear; those dissipative processes, together with frictional sliding inevitably heat up the vicinity of the interface, triggering a variety of thermally-induced mechanisms, including for instance phase changes, both in the solids and in the lubricant separating them and chemical reactions. All those phenomena are coupled in a complex feedback loop that is far from being understood. Breakthroughs in tribology thus cannot be expected unless material scientists, physicists, chemists and mechanical engineers gather in common laboratories and closely collaborate.

The breadth of the applicative fields of tribology (figure) is even wider than those four fundamental underlying disciplines. For instance, acousticians will be invaluable to understand and reduce the large variety of noises that are induced by friction, like the squealing of a door or the rolling noise of tyres; geologists are necessary to uncover the mechanisms underlying earthquakes and improve mitigation of the associated risks; biologists, neuroscientists and roboticists are required to better understand the sense of touch and create robots with either human-like tactile skills or gecko-toe-like adhesive capabilities.

As one can see, a solid contact interface can be considered as a true interdisciplinary laboratory, while the outcomes of tribology-related studies are expected to lead to a large variety of breakthroughs, both from the fundamental and applicative standpoints, with major societal impact. Unfortunately, interdisciplinary fields suffer from a consistent lower funding success rate5 and tribology is not an exception. To remedy this problem, specific research assessment strategies are required that would circumvent the dominant, discipline-based organisation of the scientific communities. Governments, research funding agencies and scientists: it is time to turn the interdisciplinary mantra into a real success story.