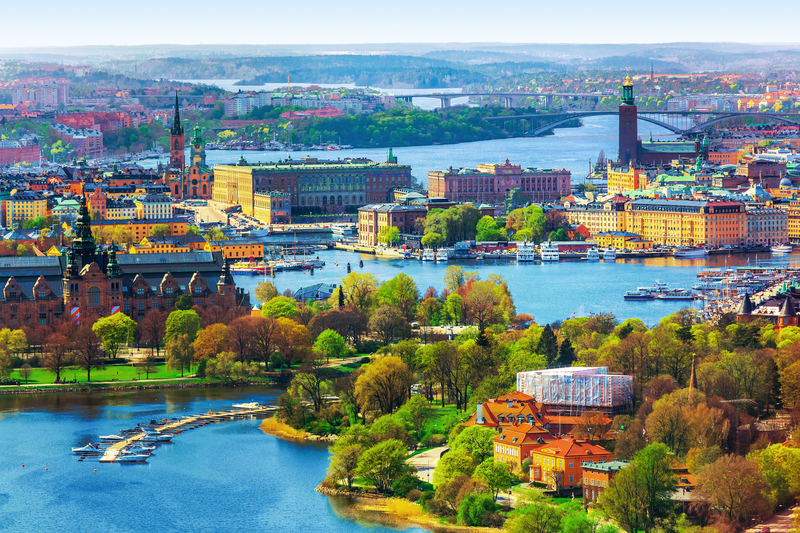 Katarina Luhr, Vice Mayor of Environment in the City of Stockholm outlines how they strive to become a truly sustainable city for generations to come.

Sweden’s capital city Stockholm has been working on climate change mitigation and adaptation since the 1990s. The city is a frontrunner, with well implemented climate action plans and pioneering policies to ensure it meets its ambitious environmental targets. It was the first city to receive the European Green Capital award by the EU Commission in 2010. The Award acknowledged the change of mind set in policy making that had long been evident in the city’s administration. Subsequently, environmental policies have become even more prioritised and sustainability is now an integral part of all strategies and city planning.

In February 2009, Stockholm signed the Covenant of Mayors. This agreement commits cities in Europe to work to reduce greenhouse gas emissions to a greater extent than required by the EU. Stockholm’s carbon dioxide emissions per capita have been cut by 25% since 1990 and the city is now going to reduce its greenhouse gas emissions further – to 2.3 tonnes per capita/year by 2020 and to become a fossil fuel free city by 2040.

The climate and energy action plan describes how this goal is to be accomplished, detailing measures that provide the greatest reductions. A significant portion of the projected CO2 reduction relates to the district heating system in Stockholm which currently utilises different kinds of waste and increasingly biofuels, replacing fossil fuels for energy.

The city’s position in northern Europe puts tough demands on heating. Stockholm has chosen to invest in district heating and biofuels, the district heating grid dates back more than 50 years and covers 80% of all buildings in the city. A biomass-fuelled heating plant will come online in 2016 with a capacity for heating 190 000 homes whilst producing 750 GWh of electricity and reducing CO2, equivalents by 120 000 tonnes.

By increasing the ratio of olive in the energy mix in another plant, the portion of coal being used can simultaneously be reduced, lowering CO2 emissions by another 50 000 tonnes of CO2 equivalents. New business models for recovering energy previously going to waste were recently introduced through the Open District Heating market which enable businesses with a large surplus of heat, such as data centres and grocery stores, to sell that energy to the district heat producer.

Stockholm has also set the goal of having at least 70% of the city’s food waste to be collected for the production of biogas by 2020. The gas can be used to replace natural gas in the city’s gas network as well as fuel for vehicles. Currently there are more than 300 buses, as well as all refuse freighters and approximately 10.000 cars including most taxies in the city fuelled by biogas.

Successful tests have been conducted using green bags for food waste. The bags are disposed of along with the rest of a household’s waste with sorting taking place at a later stage at a new facility which allows for optical sorting of waste bags. This site has been commissioned and planned to be built over the coming years.

The Eco city district Hammarby Sjöstad is based on a closed eco-cycle in which waste and energy consumption is minimised and recycling is used whenever possible. The target is for the environmental impact to be cut by 50% as compared to conventional standards. Currently the next generation of eco city districts – the Stockholm Royal Seaport – is being developed in a former industrial and port area. Plans are under way for 12,000 new housing units and 35,000 workplaces that will be combined with modern port operations. The area has even higher environmental requirements than Hammarby Sjöstad and the target is to be fossil-fuel free by 2030. Innovative green technology will enable residents to manage their own energy consumption using their smart phones. Effective public transport and car pools will make it easier for residents to cope without a car of their own. Garages will have charging posts for electric cars and kitchens will be equipped with a waste disposal unit that turns food scraps into raw materials for biofuels.

The Stockholm Biochar Project is another example of how the city engages its citizens and it will use waste from parks and gardens to produce biochar and renewable energy. Biochar is not just a carbon sink but also a fantastic soil conditioner that retains water, air and nutrients in the soil. The energy released in the production process becomes heat for the city’s district heating network within the Open District Heating mentioned previously. The city will also expand the hours and areas of operation for mobile recycling centres making it easier for citizens to reuse and recycle different items but also to leave the garden waste for biochar production.